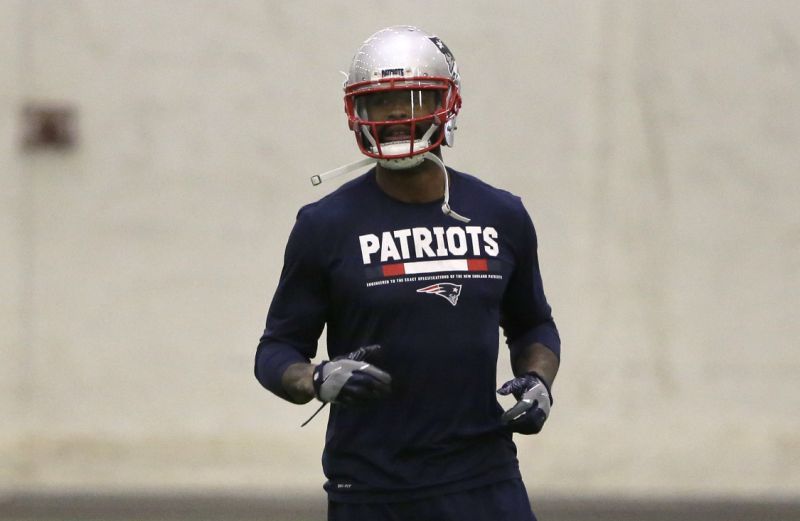 While the Cleveland Browns finished out a miserable 0-16 season last month and fans “celebrated” with a parade commemorating the deed, one former member of the team was escaping to Foxborough. That would be wide receiver Kenny Britt, who signed with the New England Patriots on a two-year deal following being cut by the Browns. If you ask Britt, the first twelve weeks of the season didn’t count for him.

“We don’t count Cleveland,” Britt told reporters this week when he was corrected on saying he only played for four teams. Britt refused to acknowledge that fifth team of the Brown and Orange.

“To tell you the truth, I really don’t think about those times when I was Cleveland. Too busy getting ready for games. We’re still playing.” said the nine-year pro when discussing the opportunity to go from 0-12 to getting to hold the Lombardi Trophy at the end of Sunday night.

Britt finished his very brief tenure with Cleveland with eighteen receptions for 233 receiving yards and two touchdowns in nine games played. He was made inactive for a few weeks due to his inability to produce on the field mixed with his poor locker room atmosphere. Britt was never considered a leader in the locker room and reportedly influenced a lot of the young guys on the team in a bad way.

That last statement is not too surprising for a guy that can’t even remember who threw him the football throughout of his career.

Kenny Britt said he’s played with 25 different quarterbacks during his NFL career. I asked if he can name them all. pic.twitter.com/ZSiSIvsRd4

Despite a strong chance that Britt will be made inactive for the third-straight playoff game, he will be on an active team in the Super Bowl. To him, that appears to be all that matters.