Report: Browns Keeping An Eye On Georgia Running Back Nick Chubb Ahead Of Second Round 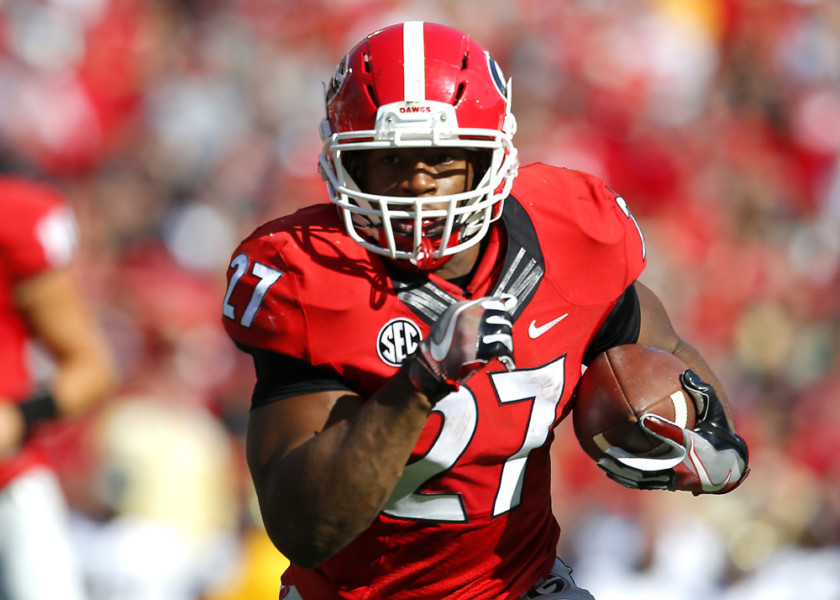 The Cleveland Browns hold both the 33rd and 35th overall picks in the second round in the 2018 NFL Draft tonight and there are a plethora of ways they could go with their selections. With Harold Landry, Courtland Sutton, and Maurice Hurst all still available, Cleveland could improve both sides of their team.

But there is another player that might have caught the Browns’ attention, that being Georgia running back Nick Chubb.

If the Browns keep both their top picks tonight, hearing Nick Chubb is someone they are high on …

Chubb was a part of the two-headed monster the Bulldogs created along with bruiser-back Sony Michel. He was a four-year starter for Georgia and accumulated 4,769 rushing yards and 44 touchdowns.

The thing Chubb doesn’t necessarily do well is catch the ball. Chubb only caught 31 overall passes in his collegiate career, though how much of that falls on the scheme or his catching ability is still to be determined.

One thing that can’t be disputed: Nick Chubb is a strong running back that frequently breaks big runs and creates lanes to work with.