Report: Browns Could Address Quarterback Position with No. 12 Pick 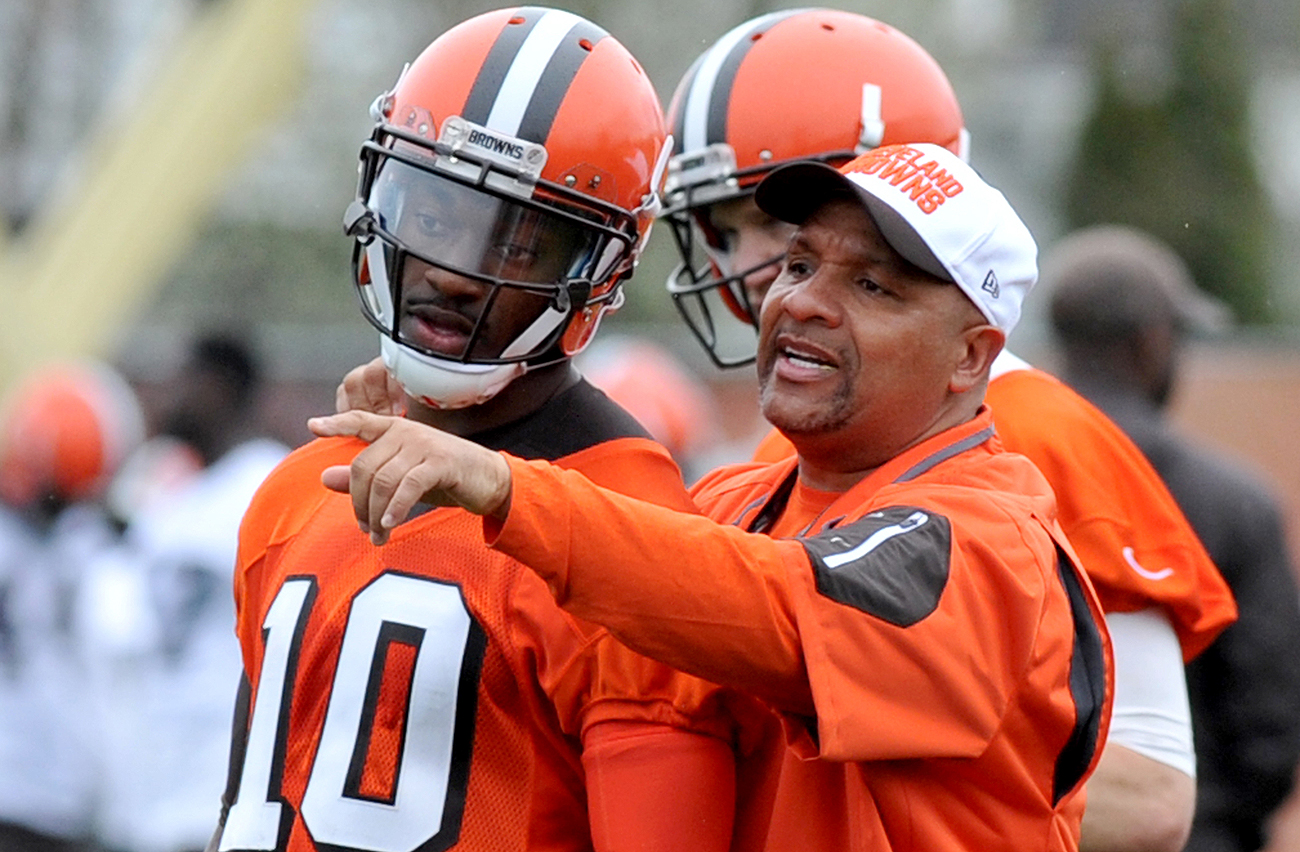 NFL Network’s Mike Silver is “almost positive” the Cleveland Browns will select Myles Garrett with the number one overall pick and could address the quarterback position with their next pick.

NFL Network's @MikeSilver 'almost positive' the Browns will take Myles Garrett at No. 1. Says team could be 'very tempted' by QB at No. 12.

Browns will 'likely add a young QB and a veteran,' per @MikeSilver. Says Jackson doesn't believe his favorite QB will be there at No. 12.

The Browns also own the No. 33 overall pick in the second round and two more picks in the top 65.

Cleveland has the resouces to move up from No. 12 to draft one of the top quarterbacks in the class, if the Browns indeed believe their preferred choice will be gone before that pick.

How far the Browns are willing to go to get that quarterback is another story.

In the meantime, the Browns are preparing for life with Robert Griffin III and Cody Kessler, but Silver reports the team will not sit pat this offseason.

'The current (Browns QB) situation is unacceptable & Hue Jackson is going to take a very aggressive role in trying to fix it.' – @MikeSilver