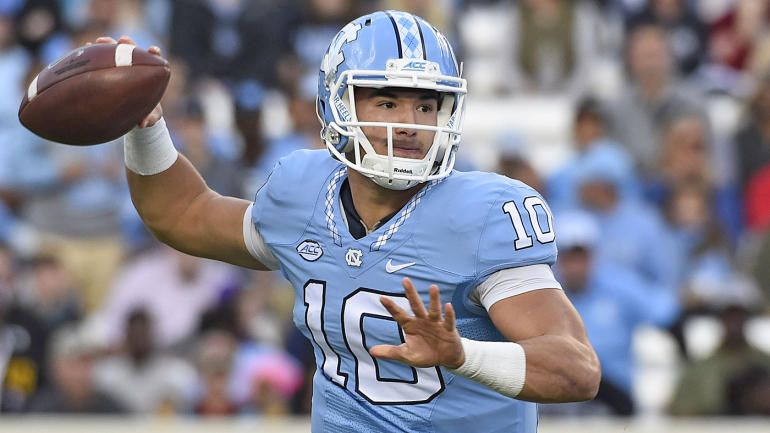 On Thursday, Mary Kay Cabot of Cleveland.com reported that league sources have said the Browns are strongly considering drafting Mitch Trubisky with the Number 1 overall pick in the upcoming NFL Draft.

Mitch Trubisky is a native of Mentor, Ohio and played high school football for the Mentor Cardinals. Trubisky checks off one of Hue Jackson’s boxes when he was measured at 6 foot 2 1/8 inches, Jackson wants a quarterback that is over 6 foot 1 inch.

One top NFL personnel executive had this to say about Mitch Trubisky:

“He’s got size, he can move, he sees the field, has a big arm and more upside than Carson Wentz last year. They’d be set.”

Mike Silver of the NFL Network had this to say about who he might see the Browns drafting with the No. 1 overall pick:

“I’m almost positive that they’ll do the no-brainer thing at No. 1 and take Myles Garrett, the very talented pass rusher out of Texas A&M.  It’s early in the Combine, but the more I talk to talent evaluators that I respect, the more that I realize this is even more of a slam dunk in those people’s minds than Jadeveon Clowney a few years back. They’re thinking this is a generational pass rusher that has so much talent off the edge.”

Trubisky is one of four players that the Cleveland Browns are considering drafting with the No. 1 overall pick in the draft. It is believed though that Trubisky has an edge because, during the Senior Bowl, Jackson had said that he would rather have a good quarterback than an elite non-QB.

The other possibilities at No. 1 are Clemson quarterback Deshaun Watson, Myles Garrett, and Alabama pass-rusher Jonathan Allen.

Hue Jackson had this to say about the rank of the two possible quarterbacks:

“We kind of have an idea, but there’s no final ranking right now. I think we have an idea heading into it who are the guys that we really want to see more and find out more about, but I think it’s way early to make a decision about exactly where that position is.”

Jackson wants a quarterback that has Arm Talent, Processing Ability, and face of the franchise qualities.

The Browns will be meeting with Trubisky and other top quarterbacks in the upcoming draft at the NFL Combine but plan on asking Mitch Trubisky multiple times if he can handle the pressure of playing for his hometown team.