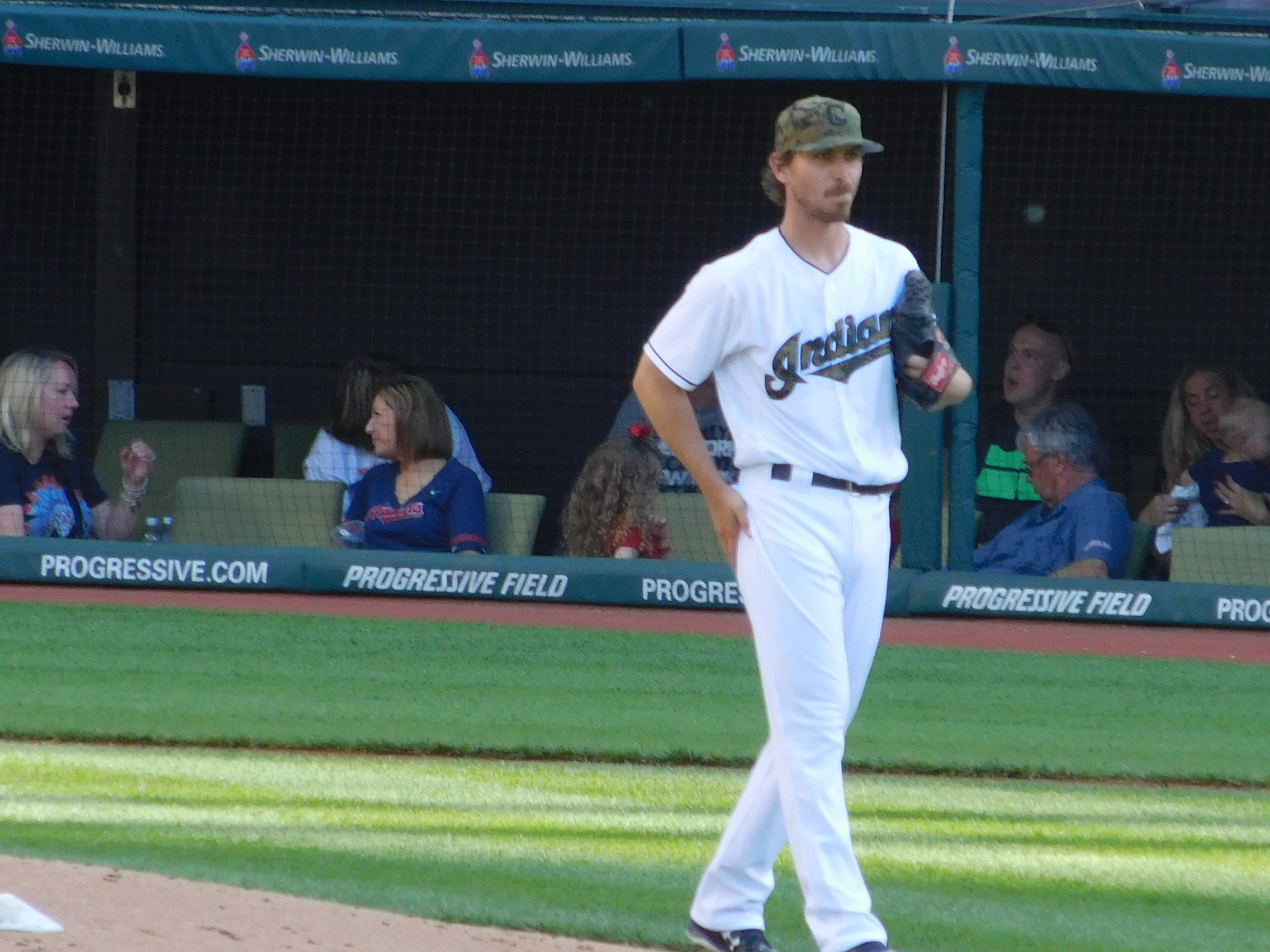 CLEVELAND, OH – There was beautiful weather on Memorial Day here in the city Monday evening as the Indians started their 3-game set with the Texas Rangers. Coming into this game, the Indians (26-22) sat in second place in the ALC and the Rangers (29-21) were in first in the ALW. Indians RHP Josh Tomlin (7-0, 3.35) was looking to get the club back on the winning track after dropping the series at home vs the Orioles. LHP Derek Holland (3-4, 5.21) would be on the mound for Texas.

Tomlin, who has been the best starting pitcher for the Indians this season, started off the game giving up a single to Jurikson Profar of the Rangers. Ian Desmond would homer to left lifting the Rangers to a 2-0 lead.

In the top of the 2nd, Elvis Andrus would single to right, and Ryan Rua would double to left. Bryan Holaday’s sac-fly would score Andrus extending the Rangers lead to 3-0.

Things didn’t get any better in the 3rd, as the Rangers would tack on another two runs (one on a throwing error that would’ve been the last out) when Terry Francona was ejected. Francona was arguing a safe call at first after Tomlin hit Mitch Moreland in the back of the head as he was running to first. Andrus would bring Adrian Beltre home after that to make it 5-0.

In the 4th the Rangers would blow this thing open and put it out of reach. Holaday got on with a single to right, and Prince Fielder brought him home with a two-out single to center. Beltre would be safe at first on a throwing error by Juan Uribe at third, which would be the last batter Tomlin faced. Austin Adams came in to relieve Tomlin when Nomar Mazara sent a ball deep to center for a three-run homer, making it 9-0 Rangers.

The Indians would finally get on the board in the 6th when Mike Napoli sent his 11th homerun of the year to left, cutting it to 9-1. Marlon Byrd would send one to the bleachers in the 7th to make it 9-2, which was the final score.

The Indians fall to 26-23 on the year and the Rangers improved to 30-21. Tomlin received his first loss of the season and Holland would receive the win.