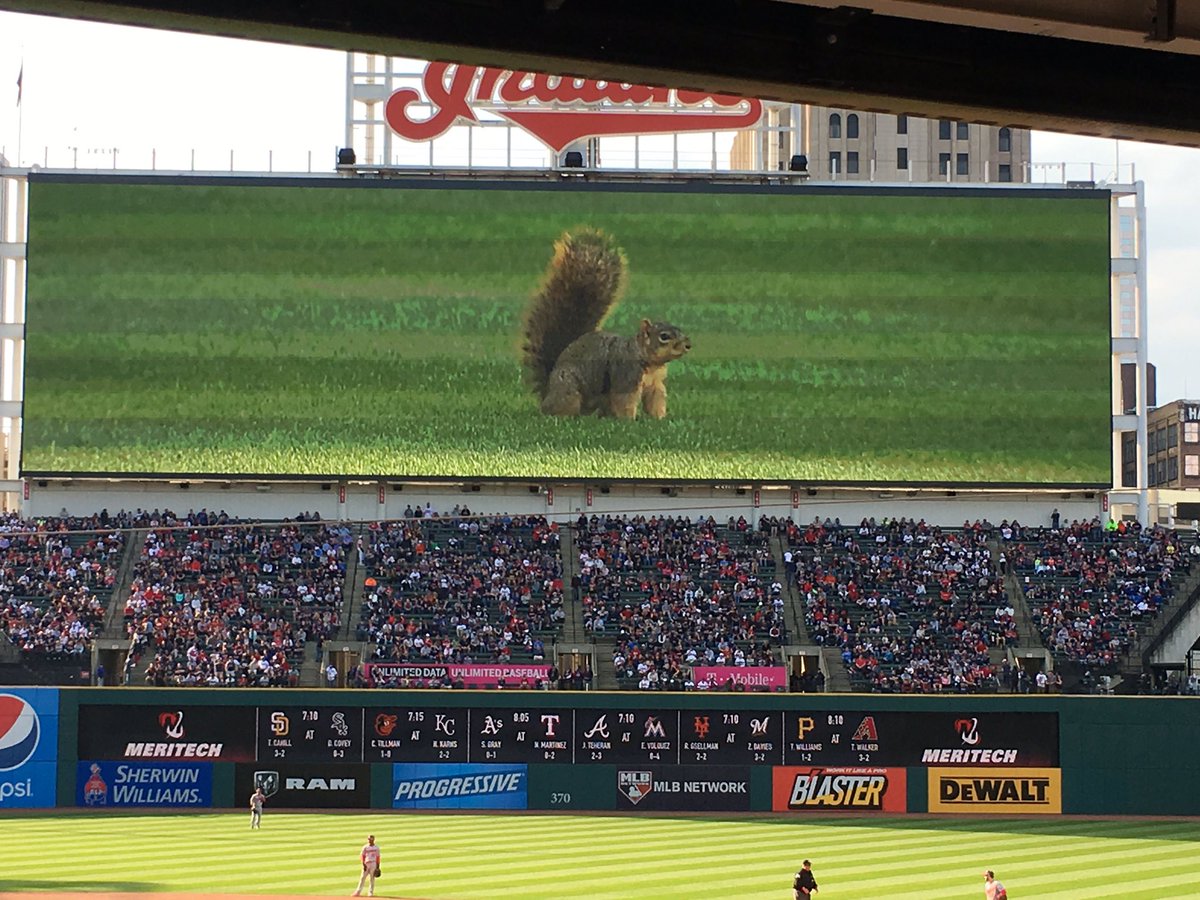 CLEVELAND, Ohio – Remember the motto for the Cleveland Indians, Rally Together? Well, I guess that includes fans and today animals have decided to throw their names in the hat for this cause.

In the bottom of the 6th inning of the Indians afternoon game against the Minnesota Twins. A Rally Squirrel made an appearance which caused a brief delay.

Maybe fans are willing to see some Squirrel Sprints at Progressive Field instead of the Sugardale Hot Dog Derby?

VIDEO below of the Rally Squirrel:

Indians twitter caught up with the Rally Squirrel for an exclusive in-depth interview.

I tried to catch up with the Rally Squirrel for a one on one interview but was told by the squirrel’s agent that he has to run and make an appearance at the Red Hot Chilli Peppers concert across the street at Quicken Loans Arena.