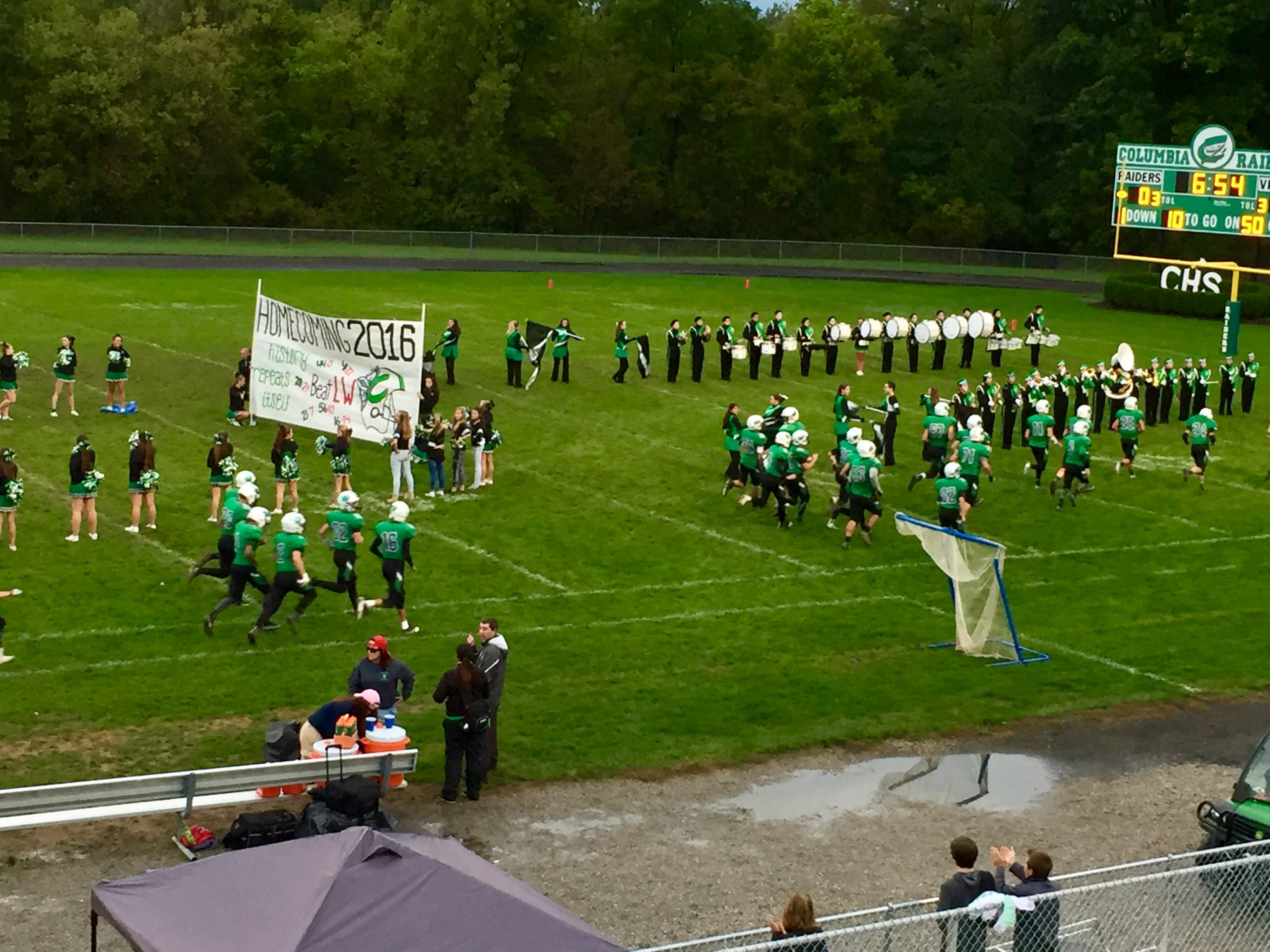 This game recap is brought to you by B.A. Sweetie Candy Company, located at 6770 Brookpark Road, Cleveland, Ohio.

Columbia Station, Ohio – After a big 49-31 loss to Black River last week, the Columbia Raiders were ready for some good, old-fashioned home cooking. That’s what the Raiders got on Friday, bludgeoning Lutheran West, 41-7, and sending the homecoming crowd home happy.

Columbia (4-2, 1-0) rode the back of sophomore Brandon Coleman, to the point of giving him the ball 25 times in the game, where he racked up 191 yards and scored five touchdowns. His first touchdown came on the fourth play from scrimmage as he scampered 11 yards through the middle of the Longhorns defense. Coleman went on to score four more times, on runs of one, three, 11 and six yards.
“It feels great, but it not just all me,” Coleman said of finding the endzone five times. “It’s our offensive line, who worked hard all week and came out here and played great tonight. I’m going to be thanking them tonight, tomorrow and all next week long.”

Coleman scored his first four touchdowns before Lutheran West could manage to earn a first down in the game.

“(Coleman) is obviously the real deal,” Columbia head coach Jason Ward said. “He’s a heck of a player and there are times in every game when we will jump on his back and tell him to carry us. He was able to do that in large stretches for us tonight, that’s for sure.

“We still strive to be as balanced (on offense) as possible – we want to mix in some throws – but it’s really hard not to just hand the ball to him all night long,” Ward added.

The Raiders defense was stout as well, holding the Longhorns in check, as they were only able to manage 137 yards of total offense in the game, with a mere 12 yards coming from the running game.

Columbia put in the reserves in the fourth quarter, and senior fullback Mike Jacobucci capped the scoring on the night with a 2-yard touchdown run.

Lutheran West’s lone score came after a Jeremy Geye kickoff return taken to the Columbia 5-yard line, then Owen Albers took it the next five yards to paydirt. The loss puts Lutheran West at 0-5 (0-1) on the year.