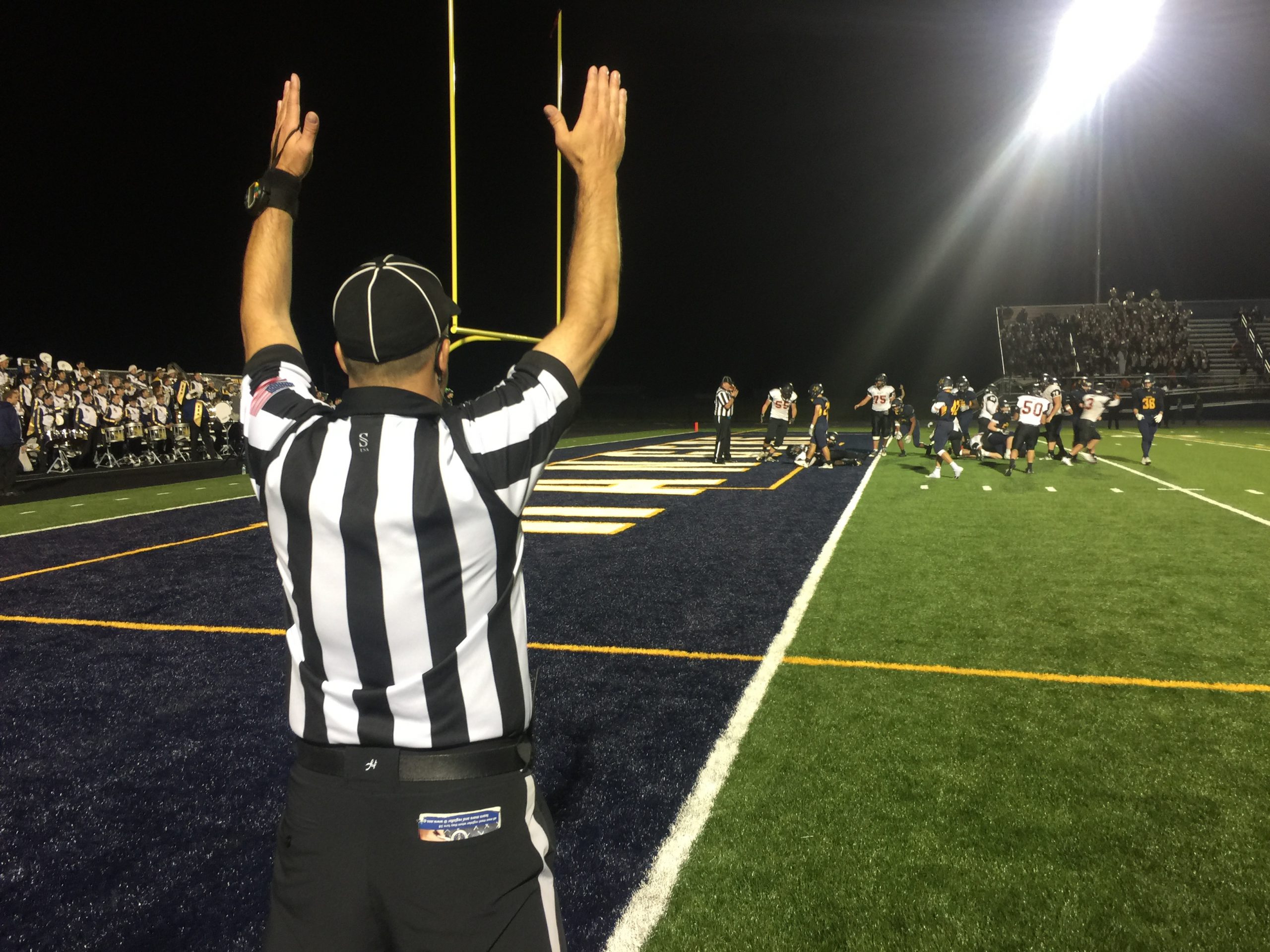 NORTH RIDGEVILLE, Ohio – The visiting North Olmsted Eagles have been in this stadium for two weeks using the field in lieu of their own home stadium that is currently closed, and will be for the next two seasons as they rebuild a new facility.

This week,after a Homecoming Victory over Lakewood last week, 28-27, The Eagles (2-3) are the visiting team to The North Ridgeville Rangers (1-4) that were defeated 42-15 by Avon Lake last Friday.

The first half was full of failed attempts and QB sacks. Brandon Maximovich couldn’t get a passing game started keeping it on the ground most plays relying on RB Christopher Jones.

The Rangers were hitting hard and came to play football, however it never really showed on the score board.

On the other side of the ball, The North Ridgeville Rangers were just as challenged. Missing a point after attempt leaving the score 6-0 for most of the 1st and 2nd quarters until a 32 yard FG lifted The Rangers to a 9-0 lead going into the half.

The second half started off with a whole different approach from The Eagles, utilizing Joshua Hoffstetler. 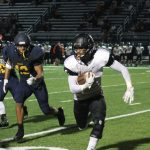 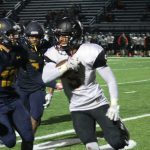 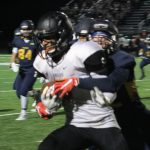 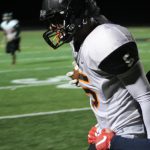 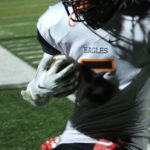 After the connection from Maximovich and Hufstettler The Rangers get the ball back and drive 62 hard yards that were plagued by penalties only to held to kicking a 20 yard field goal.

The Eagles weren’t finished yet as they began to use that duo repeatedly to move down the field with a steady mix of runs from Jones. The bubble-screens to Sean Connroy were unstoppable for the Ranger defencse. 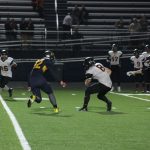 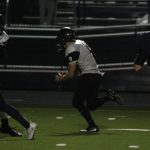 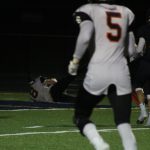 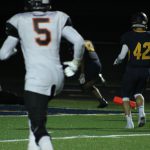 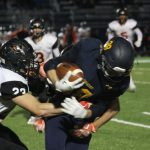 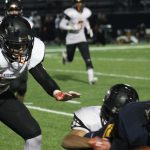 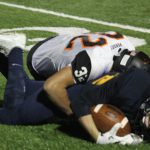 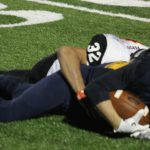 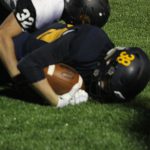 Collin Sullenger set the field on fire as Ridgeville put the ball in the hands of Shamari Williams and Code Riley putting the ball into the end zone bringing the final score to 18-15. 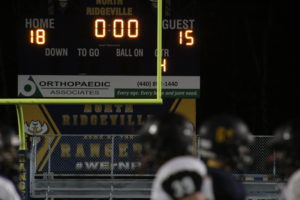 Thanks to Kipp Cullin for assisting me this evening on the sidelines and in the press box. Follow Kipp on Twitter @KCullin65 and me @NEOSI_Sprouse. Stay tuned to @neosportsinside for all of your up to the minute sports updates here at NEOSI.

NO vs Amherst Thursday night