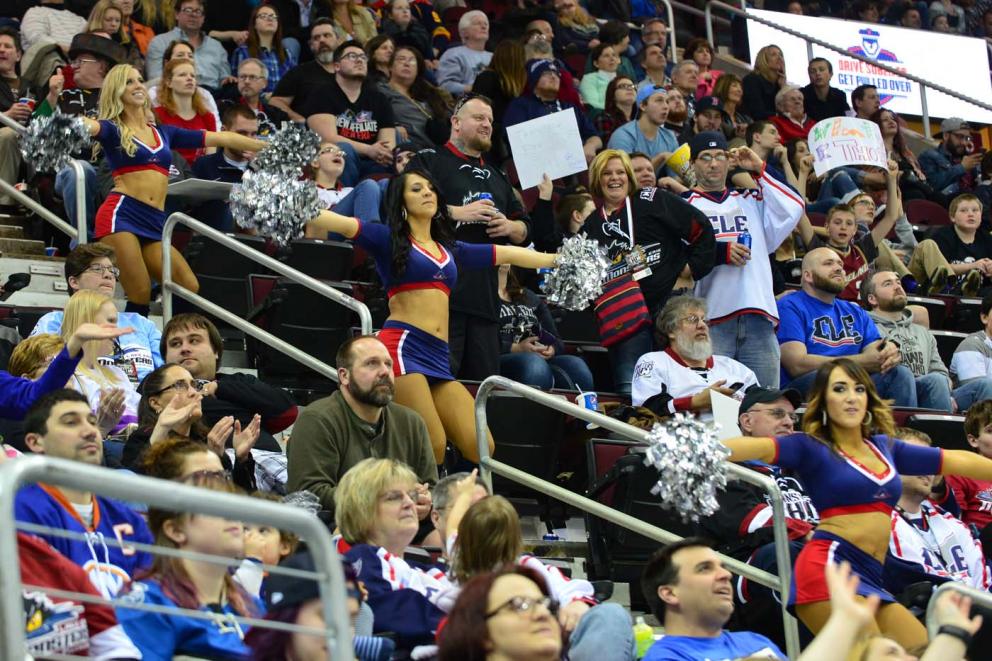 The Lake Erie Monsters return home to Quicken Loans Arena on Saturday night for Game 3 of the Central Division Semi-Finals against the Rockford IceHogs.

The Monsters won the first two games of the series in Rockford, where they went 0-4 in the regular season. When the Monsters played Rockford in Cleveland, Lake Erie won all four meetings.

Everyone says that their team has the best fans. It’s a cliche. But for the Monsters, there’s plenty of evidence to suggest that Quicken Loans Arena has the best home ice advantage of any team in the AHL.

For starters, Lake Erie went 25-8-4-1 at home in the regular season. That is a .724 points percentage, which is the highest in the Western Conference, and third best overall in the AHL.

But to take it one step further, the average attendance at Quicken Loans Arena this season is 8,596 fans, which is third-highest in the league.

There’s no doubt that the playoff attendance will be great. Weekend games at the Q are regularly known for exceeding crowds of 12-13 thousand fans… which is more than the baseball park next door gets for many games.

The only two teams in the AHL with better home records, the Toronto Marlies and Albany Devils, average far smaller crowds. Toronto averages roughly 6,000 per game, while Albany averages just over 3,000.

Of course now that I’m talking about how great the home ice advantage is for the Monsters, it would figure that they could go out and lose Game 3, but even if that were to happen, they host Games 4 and 5 at the Q if necessary.

And something that stood out during the regular season is that of the eight home losses, there was only one two-game stretch where the Monsters lost back-to-back games.

Aside from those two games, they never lost consecutive games at home.

In order for Rockford to come back and win the series, the IceHogs would have to win three straight in Cleveland.

What’s also of note is that aside from that one two-game stretch, the Monsters did not even have a stretch where they lost back-to-back games in overtime, via an OT goal or a shootout.

I’ll admit that I have not been to other AHL cities to compare the atmospheres, but I did spend some time in Columbus this season, and just seeing people with Monsters jerseys and hats down there shows how strong this fan base is.

If the Monsters don’t get the sweep, it won’t be the end of the world, but history suggests they’ll get it done, and if there’s one thing I know, the building will be electric.