Preview: Indians Look to Win Series Against the A’s as Bieber Looks to Stay Perfect 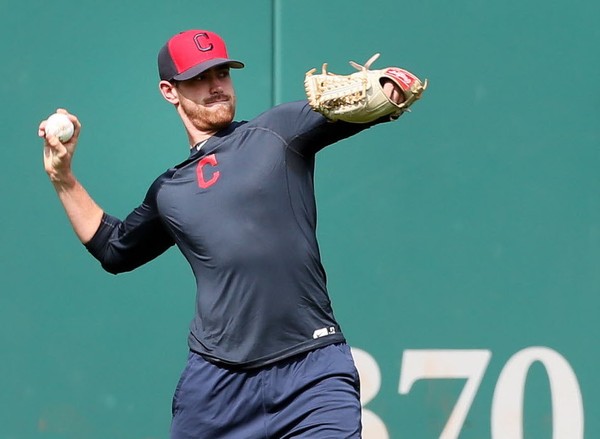 CLEVELAND – Saturday at Progressive Field the Indians let one slip away, as with their ace on the mound and a 3-0 lead, they gave it all back and then some in extra innings in a 6-3 loss to the A’s.

Josh Tomlin allowed the game-winning runs to score in the extra frames after Neil Ramirez allowed two homers in the 8th to tie the game.

All this wasted a sensational outing by Corey Kluber, who threw seven shutout innings, allowing five hits and two walks. It was frustrating to see him take a no-decision, but in the end the A’s ability to keep clawing away was too much for the Tribe pen.

Today the Indians look to win the series with a 1:10pm first pitch as Shane Beiber looks to stay perfect at 5-0 if he can get past the A’s.

Here’s a look at this afternoon’s game with a quick preview.

Indians Stunned by the Long Ball as A’s Rally for 6-3 Win in 11 Innings; Three Takeaways
Indians Reliever Andrew Miller Throws Another Bullpen Session as He Closes in on a Return