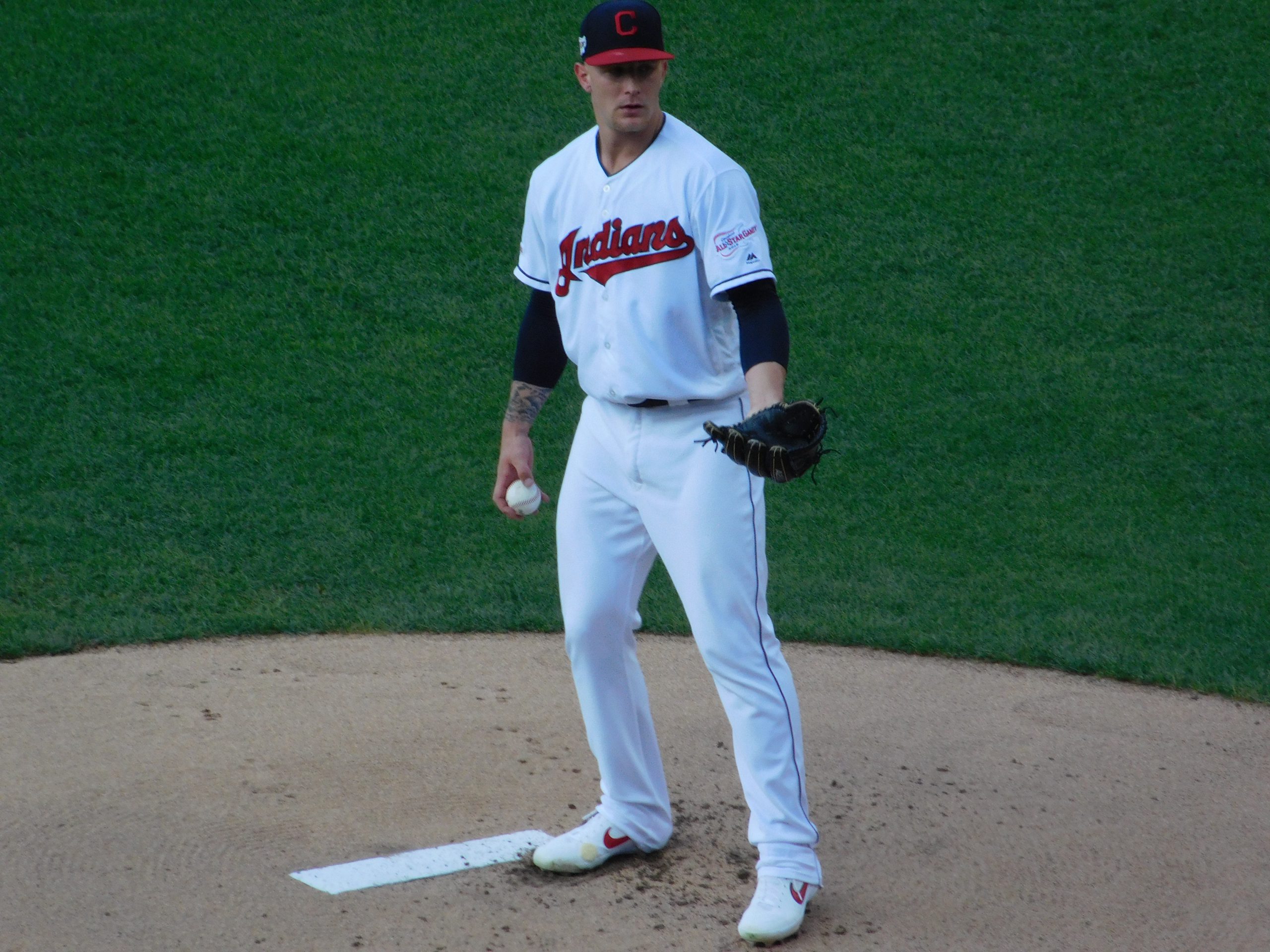 In his first start since violating MLB curfew in Chicago, Zach Plesac looked incredible. The Cleveland righty went six innings, striking out six, and only allowing one run on four hits in an easy Tribe 10-1 win.

Kansas City’s Matt Harvey did not fare as well, giving up a two-run home run to Francisco Lindor and a solo shot to Franmil Reyes giving the Indians a 3-0 lead to start the game.

Roberto Perez would add a two-run blast to right-center in the second extending Cleveland’s lead to 5-0.

Jose Ramirez would plate Delino DeShields on a ground ball to the second baseman making it a 6-0 lead in the middle of the sixth. Kansas City would score their lone run in the bottom of the sixth when Hunter Dozier homered on a fly ball to right. 6-1 Tribe.

Cleveland would add three in the seventh on a sacrifice fly from Tyler Naquin. Newly acquired OF/1B Josh Naylor would drive in the first run of his Indians’ career on a single that would score Reyes. Naylor would also come around to score on a double down the right-field line from Perez. 9-1 Tribe.

Ramirez got jealous of all the baseballs leaving the ballpark and decided to get in on the action with a solo home run to left. This homer tied him with Reyes for the team lead with eight.

Naylor, who came over in the Mike Clevinger trade, was very impressive in his debut, he went 2-5, scoring twice and driving in a run. He looks like he could bring a good bat to what has been a terrible hitting outfield this season.

Reyes continued his torrid pace going 5-5 and also has hit in seven straight at-bats including last night. The new-look Indians line up could be a force to be reckoned with moving forward.