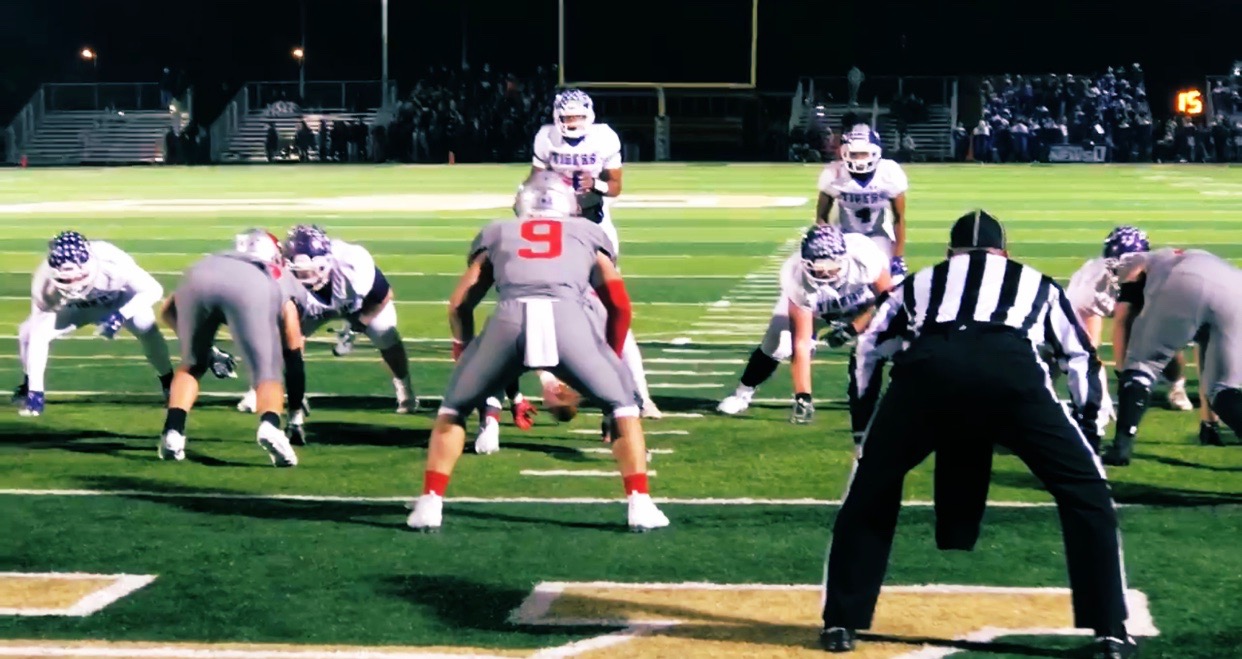 CANTON, OHIO – Mentor entered Friday night’s contest with an 89% chance of victory according to Drew Pasteur’s Fantastic 50, outscoring opponents by an average of 31.5 points per game.

Pickerington Central didn’t back down from the dominant Cardinals, as they punched their ticket to the Division I State Championship with a 28-21 victory at GlenOak Stadium.

There weren’t many dry eyes in the Mentor huddle after the game, where Coach Steve Trivosonno would address his Cardinals for the final time in his career. “Coach Triv” and his team knew they came so close, but once again, their season ended in heartbreak.

Mentor started the game with a seemingly routine 29-yard touchdown from Ian Kipp to Luke Floriea.

Both teams would exchange a few more touchdowns in the opening half, highlighted by a 48-yard Pickerington Central touchdown run by Notre Dame commit Lorenzo Styles. Demeatric Crenshaw and Nick Mosley would also tack on touchdown carries for the Tigers, while Riley Coughlin ran one in for Mentor to make the halftime score 21-14.

Mentor was able to recover an onside kick to open the second half, with their final points of the game occurring soon after on a 49-yard touchdown from Kipp to Floriea, their second connection of the game.

Both teams would exchange punts before Pickerington’s dual threat quarterback extended the lead to 28-21 with a third down touchdown carry from nine yards out.

Pickerington would hold Mentor scoreless in the fourth quarter, after an Ian Kipp injury really impacted the offense in a negative way. A pair of fourth down stops by the Tigers would seal the game.

Despite the tough loss, “Coach Triv” couldn’t have been prouder of his team, who fought hard all season long before coming up short in this state semifinal matchup. The Cardinals will graduate several D-1 commits, including standout receiver Luke Floriea, who will take his talents to Kent State next fall.

As for Trivisonno, he ends his 23-year tenure with a 209-70 record, leading Mentor to 16 postseason appearances and five state title games.

Pickerington Central (13-1) will ride their signature victory into the Division I State Championship next week against Cincinnati Elder (12-2). The game will be played at Canton’s Tom Benson Hall of Fame Stadium on Friday, December 6th at 8 pm.