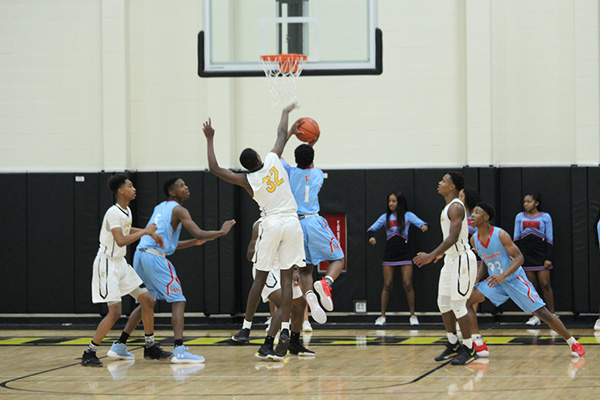 CLEVELAND HEIGHTS, OHIO– Thursday night’s match-up between Cleveland Heights (3-0) and VASJ (1-1) was all about seniors Yahel Hill (Cleveland Heights) and Jerry Higgins (VASJ). Both are D1 recruits with several D1 offers. Both are known to score in bunches and that was on display all night.

For VASJ senior Jerry Higgins, the fourth quarter was when his ability to attack the rim was on full display. In the final frame Higgins had 14 of his 22 points on the night. In addition Higgins was perfect from the free throw line going 7-of-7 on the night.

Despite the strong showing from two of the area’s best guards, the player that shined the most was Ty Smith, the All-Ohio Division I Co-Defensive Player of the Year in D1, who is also the third ranked player in the state and No. 59 player in the country.

Smith is a pure athlete who provides a presence on the offensive and defensive boards. As the starting post for Cleveland Heights, most of his points comes from strong post moves or quick dribble drives to get to the basket where he will score or go to the free throw line. On the night Smith had a very impressive 26 points with 12 rebounds.

Click through the photo gallery from Opique Photography to see some highlights from the game. 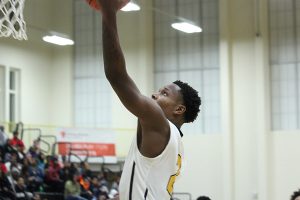