Petition Has Over 36,000 Signatures To Suspend Browns QB Manziel for Domestic Incident 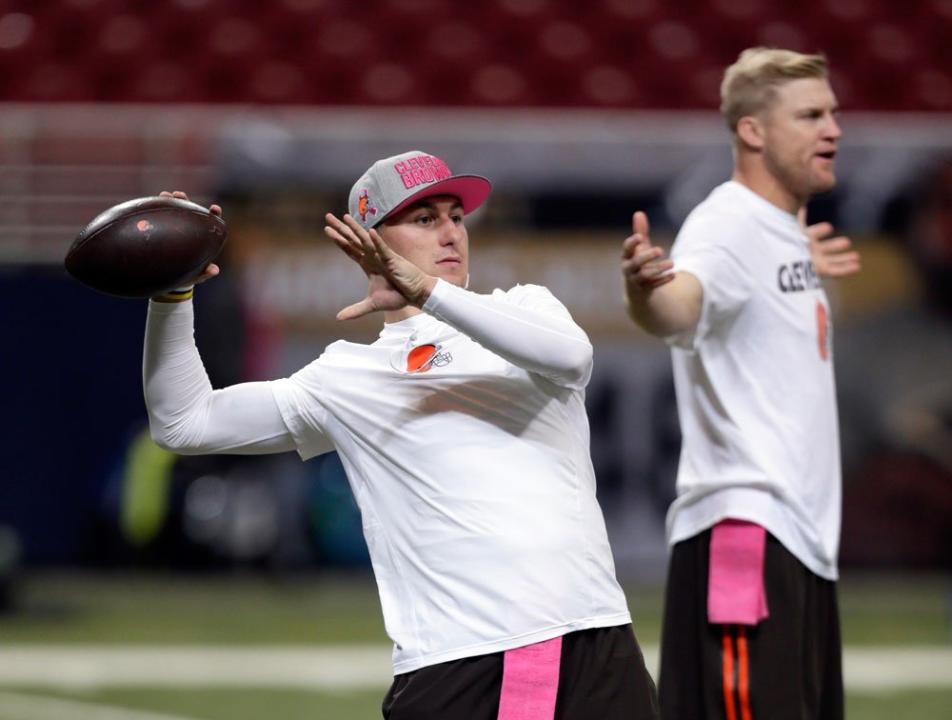 The circus surrounding Browns quarterback Johnny Manziel continues, and now an organization that wants him suspended is has launched a petition from him taking the field.

Fox Sports is reporting that a petition on Change.org has over 36,000 signature in three days, the petition wants Manziel sat for his recent domestic incident between he and his girlfriend nearly two weeks ago in Avon.

Manziel and his girlfriend, Colleen Crowley got into an argument on October 12th, but the QB was not arrested or charged. Manziel, who spent 70 days at a rehab facility in the offseason, did admit to drinking earlier in the day.

Here’s the report from Fox Sports:

Crowley initially said at the scene that Manziel hit her a couple of times, but later recanted. Manziel claimed to police that he only grabbed Crowley’ wrist to prevent her from trying to exit a moving vehicle.

The petition on Change.org has over 36,000 signature in three days. It cites the NFL’s focus on player discipline that arose after the domestic violence arrests of Rice and Hardy last season:

Just last season, the NFL announced it was taking a stronger stance on domestic violence and sexual assault, and planned to make it clear that violence had no place within the organization. The league’s personal conduct policy was revised to state explicitly that such incidents would be subject to enhanced discipline.

According to this policy, Manziel should be suspended from games. Instead, the NFL is choosing to protect their player and send a message to football fans across the country that domestic violence is acceptable. Manziel has his very own offensive line protecting him from justice.

Manziel played late in the fourth quarter of Sunday’s loss in St. Louis in relief Josh McCown, who suffered a shoulder injury on a sack. The severity of the injury has yet to be determined, but head coach Mike Pettine said after the game that Manziel would start next Sunday against Arizona if McCown is forced to miss time.

Reports emerged Friday that Manziel could be put on paid leave by the NFL as it investigates the incident. Manziel said after Sunday’s game that he has yet to speak to the league about as part of its investigation, but would cooperate fully.