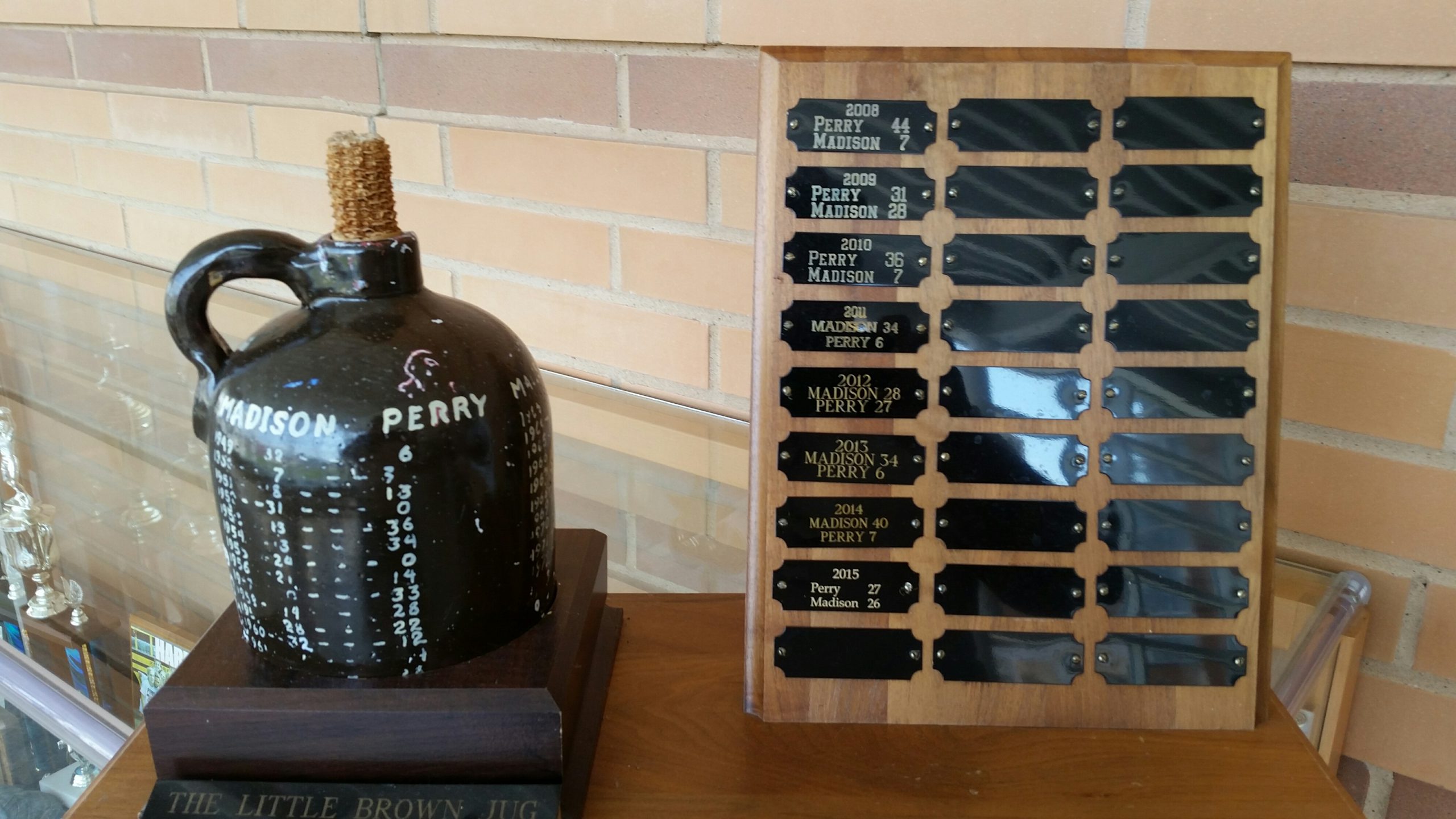 MADISON, Ohio – I might be a little biased because I live in the eastern part of Lake County. Ok, I am biased but if there was a better game in week three of the high school football season in Northeast Ohio than the one at Dick Hamblin Field between the Madison Blue Streaks and the Perry Pirates, good luck trying to convince this high school football writer and fan of that.

The showdown in Madison turned out to be a very good choice by voters as the Cleveland Browns high school football game of the week.

The visiting Pirates and host Blue Streaks were looking to break a 4-4 tie in their neighborhood rivalry in the battle for the “Little Brown Jug.”

You didn’t need to see the first 45 minutes of game action. All the scoring took place in the final three minutes of regulation and two overtimes. The Pirates take a five games to four series lead and keep the  “Little Brown Jug” for a second consecutive year with a 21-14 double overtime victory.

Madison finally broke into the scoring column with 2:44 remaining in regulation. Running back Dominic Conforte found the endzone from two yards out. Seth Moyer converted on the extra point Blue Streaks had a 7-0 lead.

Perry responded with a 96-yard drive in less than two minutes to tie the game at seven thanks to a former Blue Streak. Senior running back and wide receiver Josh Petruccelli capped off the impressive drive with an eight yard touchdown run.

Madison had one more chance to win the game in regulation. The Blue Streaks moved the ball down to the Pirates 27-yard line with 3.3 second to play. Moyer attempted a 44-yard field goal which was no good, wide right and the battle for the “Little Brown Jug” in 2016 would be decided with some bonus football.

Overtime in high school football is similar to the overtime format in college football. Both teams get the football. Madison got the football first and marched down the field and scored. Gibson would call his own number and score on a one yard touchdown run. Moyer’s extra point gave the host Blue Streaks the lead back at 14-7.

The visiting Pirates responded right back. Petruccelli haunted his former team again as he found the endzone again, this time on a five yard touchdown run. The game was tied again at 14 and we head to double overtime.

Perry got the football first in the second overtime and took their first lead of the game. Quarterback Kolston Brewster connected with Jacob Allen on a slant route for a 13-yard touchdown.

Madison would look to respond but an old friend would make the Blue Streaks walk the plank. This time it wasn’t Petruccelli. Senior linebacker Seth Smith stopped Gibson on a fourth down and one to end the game and give his Pirates their second straight victory in the rivalry. Last season, Smith played on Madison’s defense.

Perry improves to 3-0 as they sweep their noncoference portion of its schedule against Western Reserve Conference members Painesville Riverside, Brush and Madison. The Pirates open up Chagrin Valley Conference play at Beachwood on September 16.