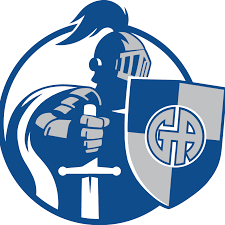 In high school football, a good rushing attack and great defense is enough to win a lot of games.

The Gilmour Lancers (2-1) proved that to be true Friday night against the Hawken School Hawks (0-3), beating their longtime rival 31-6.

The Lancers were lead by on both sides of the ball by  Johnathan Abrams and CJ Charleston. The rushing attack was lead by Abrams. The the senior running back bull rushed his way 138 yards and two touchdowns, including a 56 yard score in the waning moments of the first quarter for the first points of the game.

Both sides traded drives midfield until the Hawks found the end zone on a one yard plunge by Senior Captain, Koron Davis with seconds to go in the half. The defenses on both sides made their presence felt with sound fundamental play mixed with the hard hitting that can be expected in a game where both schools are only five miles apart.

Throughout the third quarter, the Lancers rushing attack began to wear down the Hawks defense, culminating in a six minute, twelve play drive that ended with Adams second touchdown of the game. The 9 yard touchdown run seemed to be the tipping point.

Not to be outdone, Charleston broke loose on the next drive for a 60 yard run to bring the score to 21-6. The sophomore running back added 103 yards of his own on just seven carries.

Almost relying solely on the rushing game worked as the Lancers used the physicality of Adams with the big play ability of Charleston to control the tempo of the game from the opening whistle.

On the next play after the following kickoff, sophomore defensive back Jack Crebbs picked off a pass from Hawks’ quarterback Evan Faxon and took it to the end zone for the game’s final touchdown.

Thanks to the effective rushing game, the Gilmour defense was rested and well prepared to deal with the Hawken offense, led by Faxon. The Senior led the team in both rushing and passing for the day, accumulating 111 yards in total offense. The Hawks balanced attack was unable to find a rhythm thanks to the physical play of the Lancers’ defense.

On that side of the ball is where Charleston took the lead visiting Lancers, snatching up 7.5 tackles, including 3.5 for a loss. Abrams held up his end of the bargain with 6.5 tackles. As a team, the Lancers gave up 202 yards of total offense and were responsible for the game’s only turnover.

Up next the Lancers will head to Garfield Heights to take on Trinity. Meanwhile, the Hawks will remain at home and take on  Cuyahoga Heights.

While both Charleston and Abrams played at an extremely high level, Charleston stood out with his big play ability with 103 yards on only seven carries, including the game’s longest play from scrimmage. He also used his speed an athleticism on the defensive side of the ball, leading his team and tackles and disrupting Hawking School backfield all evening.