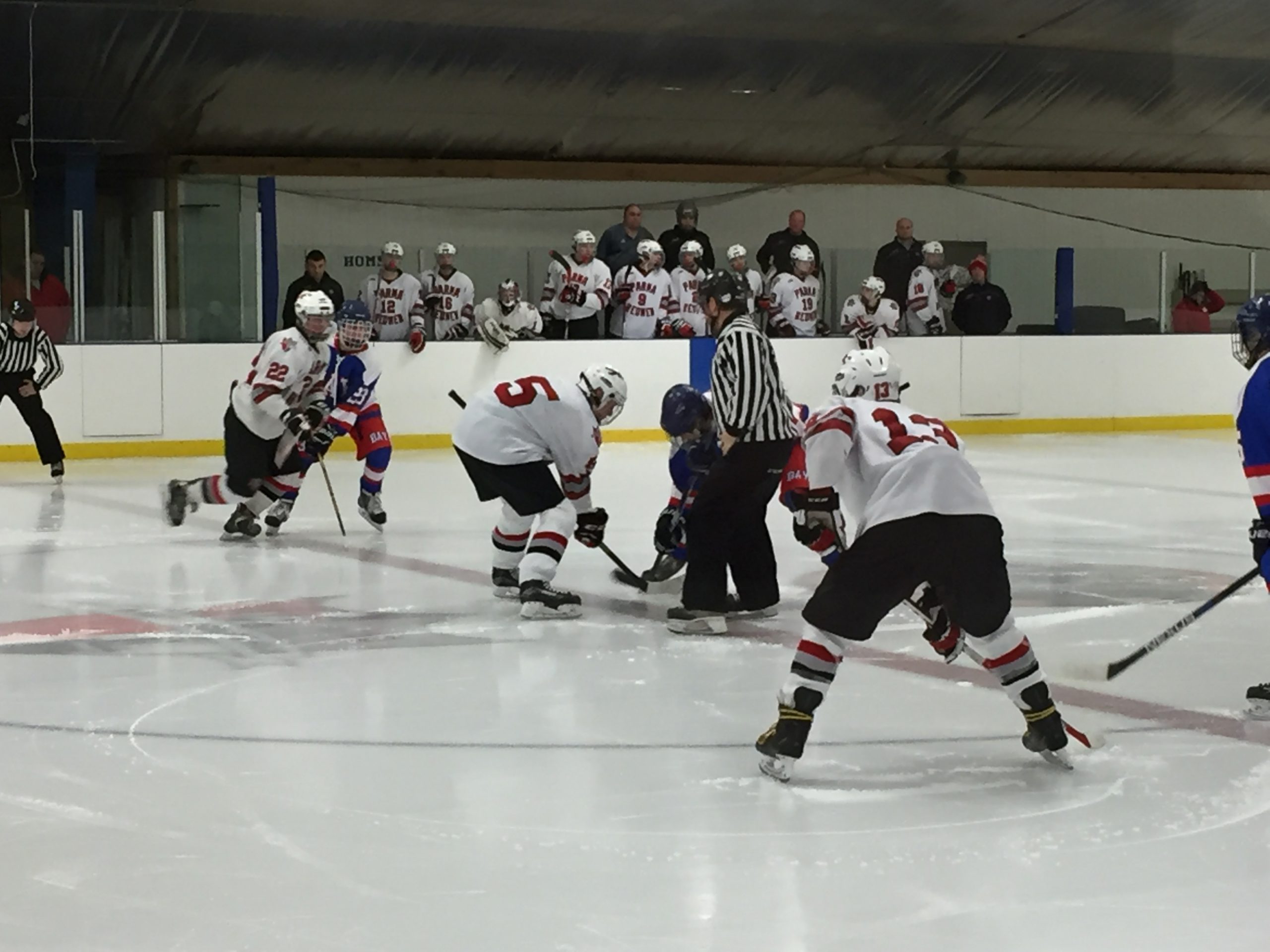 PARMA, OHIO – The Parma Redmen put on another offensive showcase on Tuesday night as they improved to 11-9-1, 4-2-0 in league play as they topped the Bay Rockets 6-1 at Ries Rink in Parma.

Playing their first year in the White Division of the GCHSHL, they have fit right in as a force led by an offense that Tuesday put up 58 shots against the Rockets in the five-goal win.

Bay didn’t generate much on offense against a tough Redmen defense led by junior goalie Ryan Pinson, who only had to turn away 10 shots total in the win.

Parma was coming off a holiday tournament win last week, as they topped Amherst Steele 7-2 in the title game. They didn’t miss a beat, as once their offense got going Tuesday, they were able to take control of the game on both ends of the ice.

The Rockets were hit with a minor and major penalty in the midway through the first period, but did a good job fighting them off as the Redmen peppered Bay goalie Spencer O’Connell with a number of early shots.

They scored their first goal of the night as senior forward Joey Gallo made it a 1-0 game with 2:45 left in the first period.

The Rockets tied it quickly, as junior defender Will Kenney scored on a breakaway in what would be the Rockets only goal to tie it at one with 2:14 left in the first period.

Parma though didn’t wait long to take the lead for good, as just 34 seconds later freshman Robbie Gudin scored with Gallo getting an assist on the power play to make it a 2-1 Redmen lead after one.

The Redmen again struck early into the second period, as just eight seconds into the period Gallo scored his second goal with Matt Higginbotham getting the assist to make it 3-1.

With the Redmen holding a 26-6 edge in shots on goal, they struck again with 10:20 to play in the second, with sophomore forward David Basic finding the back of the net with Gallo on the assist making it 4-1.

Parma put up their fifth goal of the night, this time with 4:36 to play in the second when senior forward Tommy Arthur scored with Gallo collecting his third assist to make it 5-1.

Showing the complete domination by the Redmen, they held an edge in shots on goal 45-7 after the first 30 minutes.

Another Arthur scored for the Redmen for their final goal of the night, as Owen Arthur got the goal to make it 6-1, with Gallo and Higginbotham on the assists for Parma.

Parma ended the night with a whopping 58 shots on goal, to just 10 for the Rockets.

The Redmen are back in action on Sunday, as they travel to play Olmsted Falls at Brooklyn, a team they knocked off in the season opener November 29th 4-1.

Click Page 2 to See More Pictures From the Matchup between Parma and Bay!