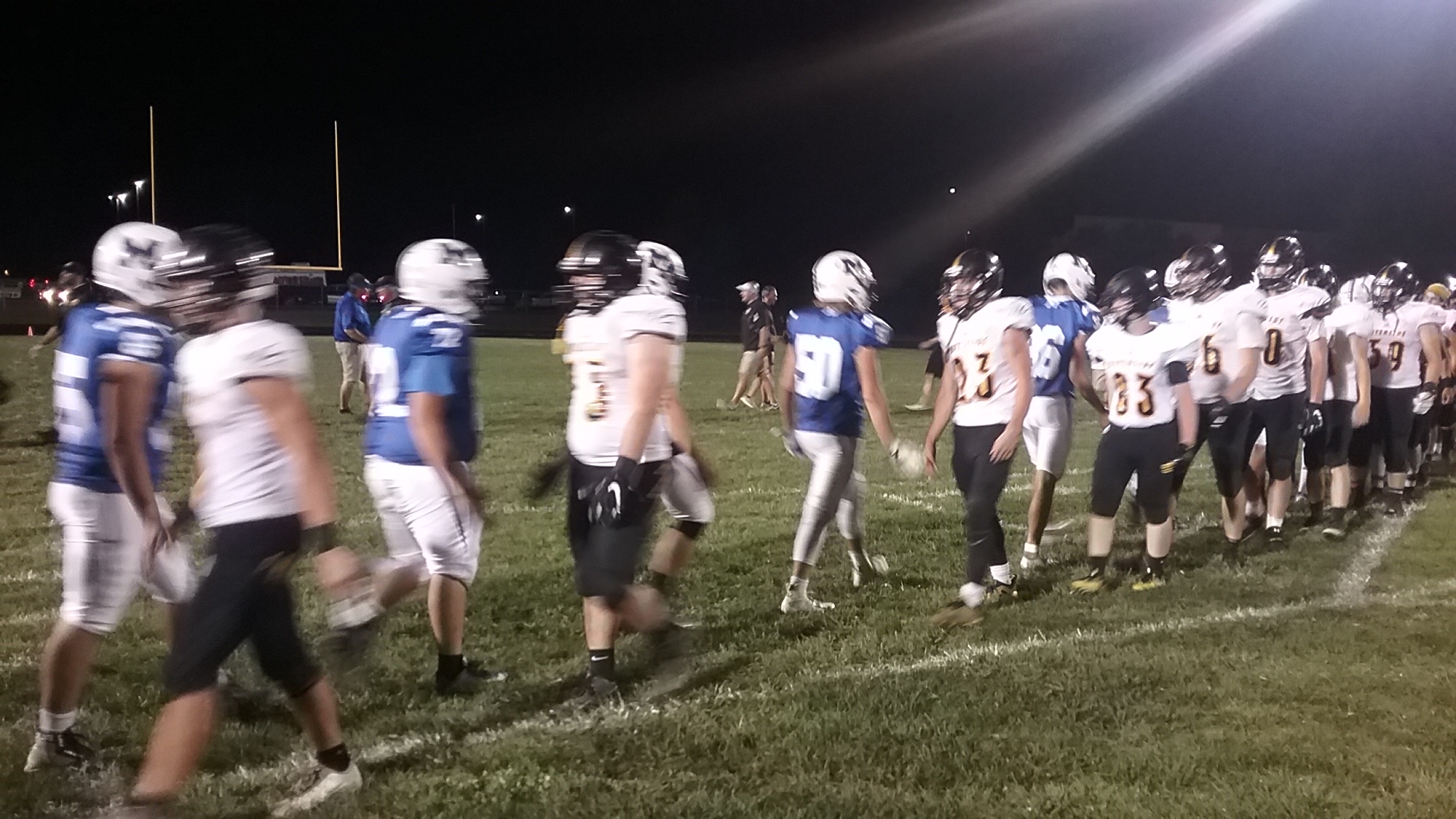 MADISON, OHIO – What’s better than homecoming night? How about homecoming night with the opportunity to beat a longtime conference rival. That’s what was at stake at Dick Hamblin Field as the Madison Blue Streaks hosted the Painesville Riverside Beavers in a Western Reserve Conference clash.

The visiting Beavers took control of the football early. After pinning the host Blue Streaks deep in their own territory, the Beavers defense forced the first turnover of the game, senior safety Jaxson Reutter recovers a Dominic Conforte fumble.

Riverside kept the football on the ground when going against a stiff breeze in the first quarter. Once the second quarter began, the Beavers immediately went to the passing game.

Quarterback Andrew Keller’s first pass attempt would go for a 58-yard touchdown to Smith just a minute into the second quarter. Riverside extends its lead to 12-0.

After the Riverside defense records a turnover on downs, the Beavers offense increases its lead to 20-0 in a span of four plays. Keller calls his own number and runs six-yards for the touchdown. Add in a two point conversion and Rivwerisde has a three score lead.

The Blue Streaks offense gets its first big play of the night following the ensuing kickoff. Quarterback Alex Dragas calls his own number and gets to the far sideline and goes 68-yards for the touchdown. Madison gets on the board and trails 20-7.

That would be the score at halftime.

Riverside started the second half with the football and took little time to get their three score lead back. In a span of six plays the Beavers increased their lead to 28-7. Keller would score his second rushing touchdown of the game on a five-yard run. Smith added the two-point conversion.

Madison would get that score back two possessions later. Dragas would connect with Cole Tanner on a 34-yard touchdown pass. Tanner made a tremendous catch. The wide receiver had it, juggled it in the endzone and then outbattled the Riverside defender to catch the football. It was the last score of the football game.

Madison had a chance to get within a touchdown in the final four minutes of the game, but a dropped touchdown pass by Tanner and a 4th down incomplete pass by Dragas ended any hopes for a homecoming game victory for the host Blue Streaks.

Riverside will host the Eastlake North Rangers for its homecoming game in week six. Madison will hit the road to face the Chardon HIlltoppers in week six.