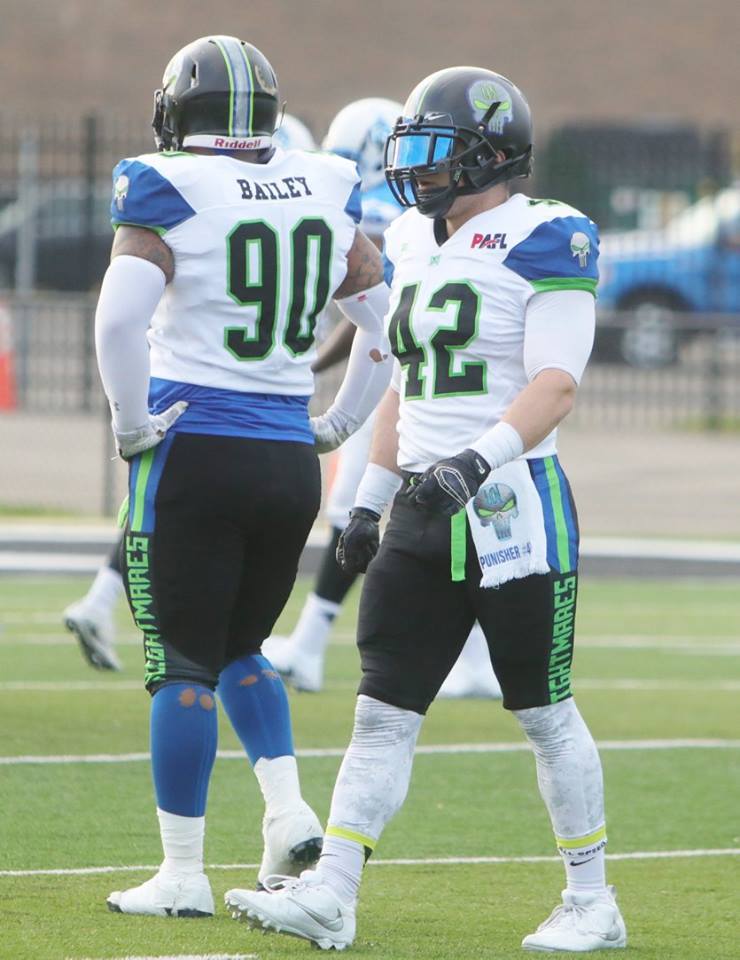 We have breaking news out of Lorain County this morning. I’ve just spoken with Lorain County Nightmares head coach Jamie Ray Adams, who was able to confirm the rumors swirling around his team after last weekend’s disappointing second half performance against the Canton Pitbull’s are true.

Some big shake ups are coming as Adams himself, will leave the sidelines and start in the defensive backfield at either safety or linebacker. The Nightmares secondary has been lacking since Chase Laudato went down to injury. Adams, who has been calling the plays will now hand over those duties to coach Jeff Blue and Ken Adams.

Head coach Jamie Ray Adams had this to say about the shake up,

“I am playing again, if all goes well, for the remainder of the season. I will either be playing SS or OLB.
The reason for the moves is to make a push for a championship. We have had numerous injuries at the LB/S positions and we need to improve our defense to give our offense more opportunities to score. The coaches and players all agree that my talent is best served out on the field. I am very excited to play again and help our team win games.”

Indians Bury the Reds Behind Avalanche of Offense in 19-4 Pounding; Three Takeaways From the Win
Indians nearing weekend sellout against Yankees