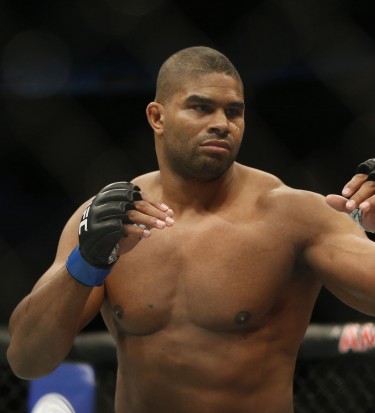 NETHERLANDS – As predicted, Alistair Overeem made short work of Andrei Arlovski with a dominant second round knockout in the main event of UFC Fight Night 87.

Arlovski looked good early and by all accounts won round one with a solid attack in the early goings. He even staggered Overeem, briefly. It was clear that Overeem made the appropriate adjustments between rounds and came out in the second like a house of fire, picking apart Arlovski before putting him away for good.

On the undercard, it was hometown boy Stefan Struve leaping back into title contention with a first round mauling of Antonio Big Foot Silva in only 16 seconds. Silva charged at Struve from the opening bell but Struve wasted no time catching him, elbowing him, punching him and simply knocking him out!

For Struve it was a feel good win in front of the hometown crowd, and also his first major win since coming back from heart conditions that has kept him on the sidelines of the last several years at times.

Antonio Silva continues to underachieve and posses one of the worst records in UFC history. Silva’s UFC record now stands at 3-7-1. He has lost 4 of his last 5, and 5 of his last six with most of those defeats coming by way of knockout. His time in the UFC will be drawing to a close shortly.

The rest of the card was also action packed and the results are as follows.