OSU DT Dre’Mont Jones to the Browns with the 17th Pick? One Browns Beat Reporter Thinks So 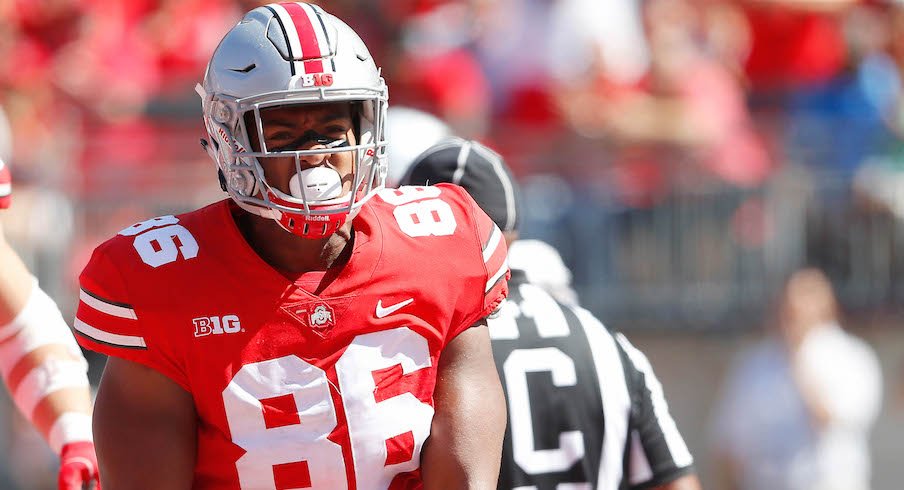 The draft is now 56 days away, and with the combine this week and weekend in Indianapolis, the countdown to the NFL Draft has truly begun.

There’s plenty of players the Browns will have their eyes on, and one player that they will be closely looking at is Ohio State defensive tackle Dre’Mont Jones.

The Browns know all about Ohio State players and had great success with first-round pick Denzel Ward last season, so going back to the Buckeye pool might not be a bad thing whatsoever.

Steve Doerschuk of the Canton Repository is going so far as to saying that if Jones is still when the Browns are on the board with the 17th pick, he thinks Cleveland is going to take him.

Real chance Dre'Mont Jones (Ignatius, Ohio State) is the pick if he's there at 17.
Ohio State's Pro Day is March 20. To Dorsey, having trained as a Buckeye is a good thing.

Bleacher Report’s Matt Miller ranked him as the No. 5 defensive lineman and 19th overall prospect in the 2019 class, so (at least according to Miller), the Browns taking him with the 17th overall pick is not all that much of a stretch.

At 6’3, 286 pounds, Jones was impressive in three seasons with the Buckeyes, compiling 22 tackles for loss and 9.5 sacks.