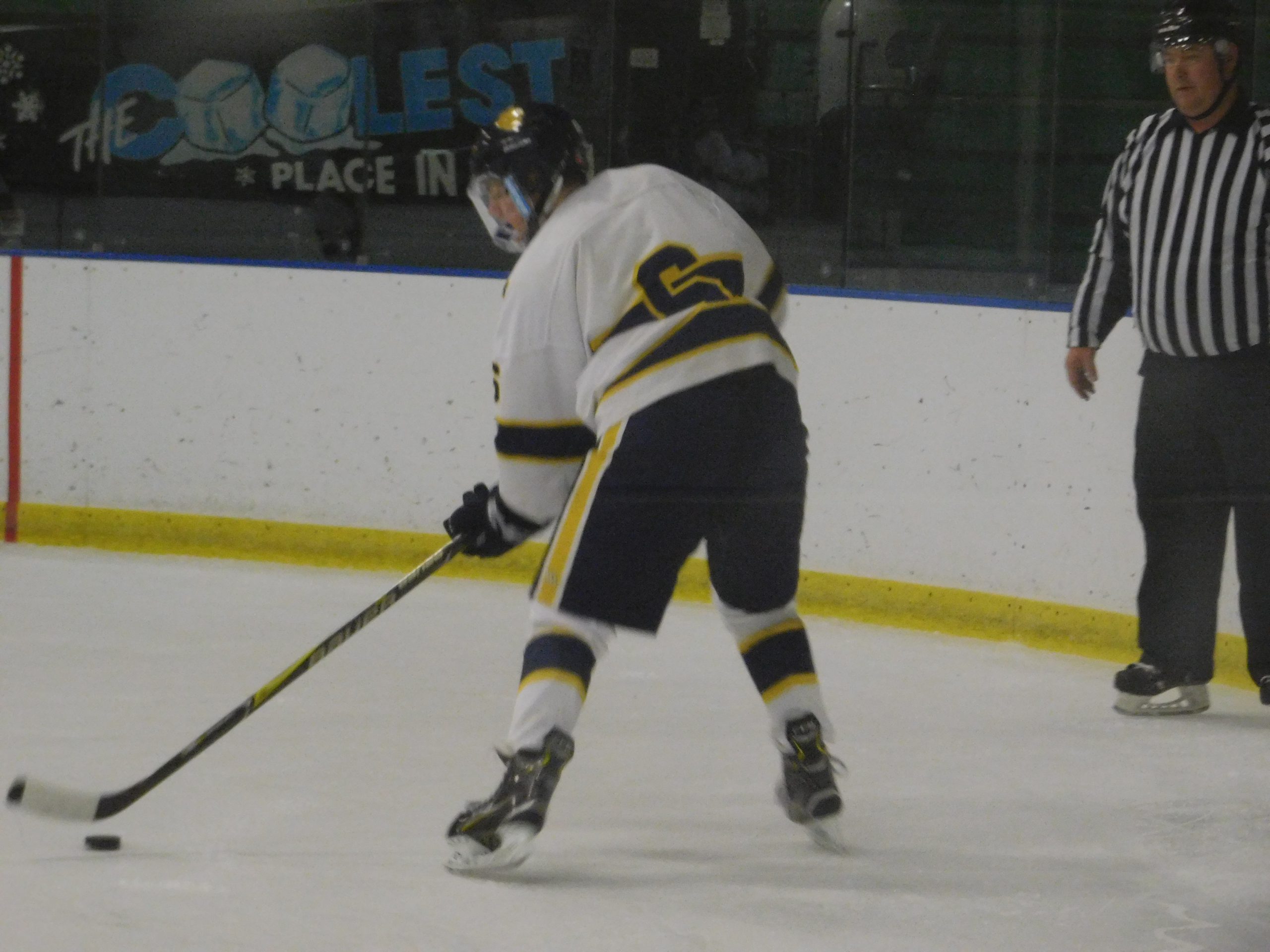 The Olmsted Falls Bulldogs improved to 4-1-0 on the season, taking care of business on the road at The Pond Saturday with an impressive 6-1 win over the Orange Lions.

Senior Dom Conte was again on point Saturday, as the Bulldogs leader on offense put in a hat trick with three goals in the victory.

Mike Kirth-Gruszczynski put in two goals in the win for the Bulldogs, who lead it 1-0 after one, but then were able to find the net four times in the second period, and lead the Lions 5-1 after two.

The Bulldogs put the finishing touches on the win with a goal in the third, the final goal of the game going to Kirth-Gruszczynski, his second of the victory.

The Bulldogs will be back in action on Sunday at home against the North Olmsted Eagles in Brooklyn at 4:15pm.