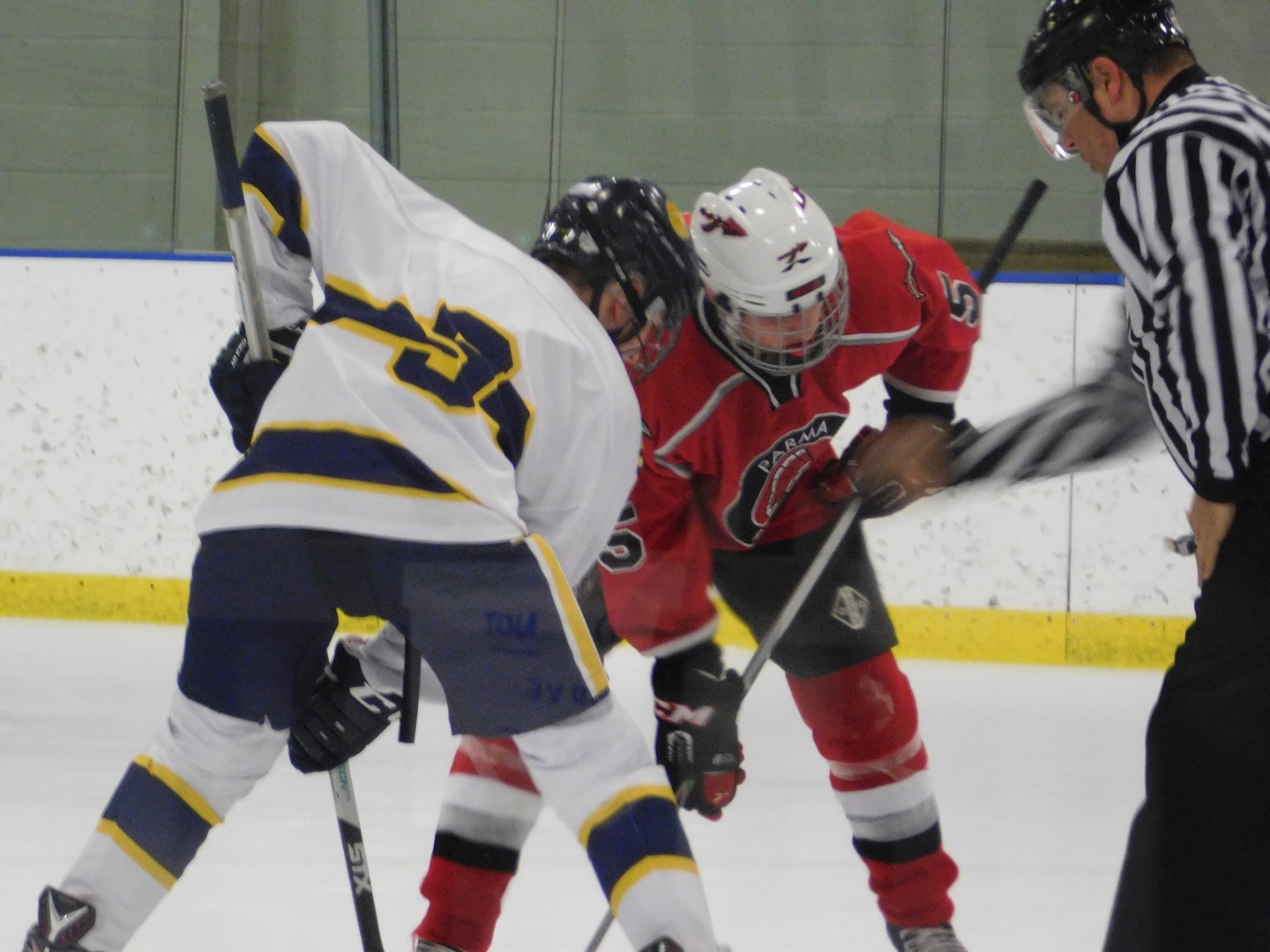 BROOKLYN, OHIO – For 40 of 45 minutes the Olmsted Falls Bulldogs and Parma Redmen played a stalemate of a game in their opener of the Baron Cup II tourney in Brooklyn, but in the end it was Olmsted Falls doing enough for three late goals in a 3-0 win.

The win means the Bulldogs will advance to take on first-seeded Chagrin Falls in the League Semi-Final game on Friday night at 7:30pm.

The game had its share of hard hits and defensive stands, but finally with 5:47 left in the third period the Bulldogs found the net on an odd goal after the puck hit the back of Parma goalie Ryan Pinson and dropped into the net.

Olmsted Falls senior forward Cam Wilson got credit for the goal, with freshman Colin Wilson and forward Patrick Kerr getting the assists.

The Redmen had their chances to get back into the game, gaining a power play less than a minute later.

The Bulldogs though put the game away as they were able to win the face-off shorthanded and scored a back breaking goal to the Redmen hopes.

Forward Dominic Conte scored the goal past Pinson, with Wilson and Bailey Carson getting the assists. The Bulldogs 2-0 lead with 4:59 to play was enough to seal the win and move on.

Just for good measure, after a couple back and forth penalties, Olmsted Falls scored a third goal on a pretty shot by Conte past Pinson with Jacob Kerkay gaining the assist to end the scoring with 1:46 to play.

Olmsted Falls Goalie Zach Snyder played a superb game in net, stopping all 36 Redmen shots, including a few at point blank during the physical affair.

Pinson for Parma turned away 23 of 26 Bulldogs shots in the setback.

The matchup was the rubber match for the two GCHSHL White North teams, as they split the season series, each team winning at home.

Click Page 2 to See More Pictures From the Battle Between the Redmen and Bulldogs!