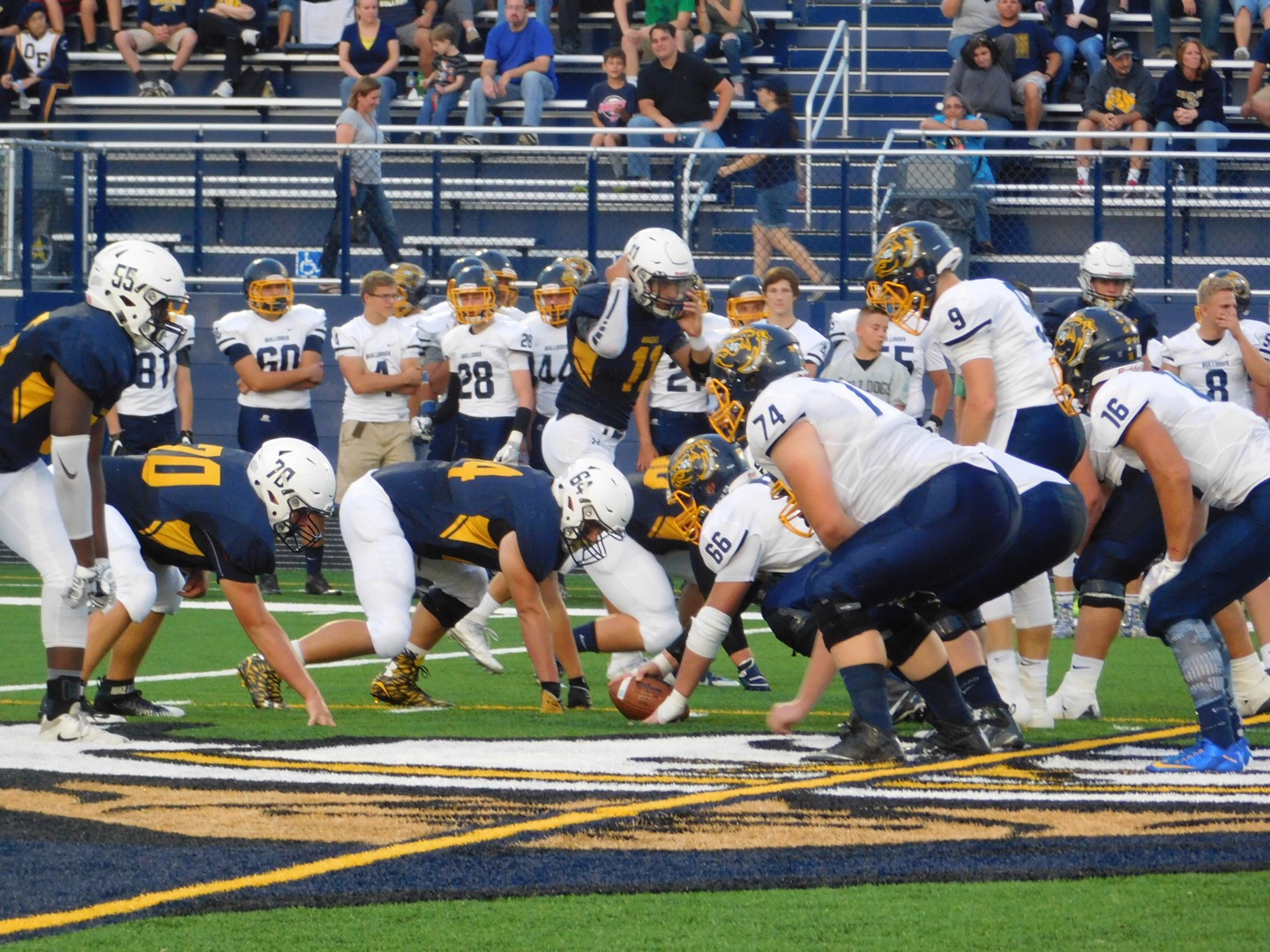 The Book Shelf LLC brings you a recap for week four Friday battle between the Bulldogs of Olmsted Falls and the North Ridgeville Rangers.

Finally on Friday night against the North Ridgeville Rangers, coach Tom DeLuca’s defense rose to the occasion, pitching a shutout in a 20-0 victory to get to 3-1 on the year.

“This is something we have to continue, it’s something to build on with a young team, if we can just keep getting better and better we can accomplish our goals,” DeLuca said. “Our goal is just to take the next game.”

The Bulldog defense played their most physical game of the season, and it’s taken awhile for a team that lost 18 starters to find itself.

Friday night was a huge step forward for the Bulldogs, who held North Ridgeville quarterback Collin Sullinger to just two completions and 15 yard passing in the second half.

As for the Olmsted Falls offense, it was business as usual, as battering ram Spencer Linville blasted his way to 146 yards and two touchdowns. 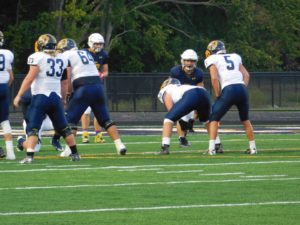 Linville, who came into Friday night with 404 yards and seven touchdowns already in 2016, got off to a somewhat slow start with just eight first half carries as the Bulldogs led 7-0 after the first 24 minutes.

“I haven’t quite had a kid like him ever,” DeLuca said.

“I know I’m not the oldest coach around but I’ve had some kids and none have been quite like that kid, he’s a tough nut, runs very hard, he’s just all about Olmsted Falls and he wants to just get it done, he’s a great football player.”

The Rangers hung with the Bulldogs for most of the first three quarters before the Bulldogs were able to take control for good.

Sullinger went 7-for-10 for 98 yards in the first half, but the Rangers were never able to crack the goal line.

They closest they got was late in the first half in Olmsted Falls territory, but a key third down sack ended the rally as the first half ended with the Bulldogs up 7-0.

After a first half with no turnovers, there was three of them in the third quarter, two by the Rangers and one by the Bulldogs.

Quarterback Brett Hutkay found wide out Josh Goodwin from 26 yards out for the second score of the night in the final seconds of the third quarter to make it 14-0 following the extra point.

The final quarter saw the Rangers continued to be stifled by the Bulldog defense, and Linville and the Olmsted Falls offense salted the game away to improve to 3-1 on the season.

The Bulldogs will take on the Comets of Amherst in week five action next week. Amherst laid an upset Friday on Berea-Midpark, showing just how tough the Southwestern Conference is.

“Just one at a time, our conference is no joke,” DeLuca said. “It’s a very balanced conference, I can’t even look anywhere past Amherst right now, they are going to be ready to go.”

Things don’t get easier for the Rangers, who at 1-3 will visit 3-1 Avon Lake in week five.

Player of the Game: Olmsted Falls Bulldog fullback Spencer Linville was dominant running the football Friday night, as he 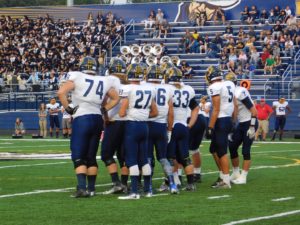 Linville, bowling over Rangers all night, has tallied 550 yards and 9 touchdowns in his first four games of 2016, and doesn’t show any signs of slowing down anytime soon.

The senior back at 244 pounds does little to avoid contact, and looking like Jerome Bettis or Earl Campbell in his prime, he’s never afraid to use his body to grind out yards.

Linville will have another opportunity next Friday to add to his stats as the 3-1 Bulldogs look for win number four as they take on Amherst at home.