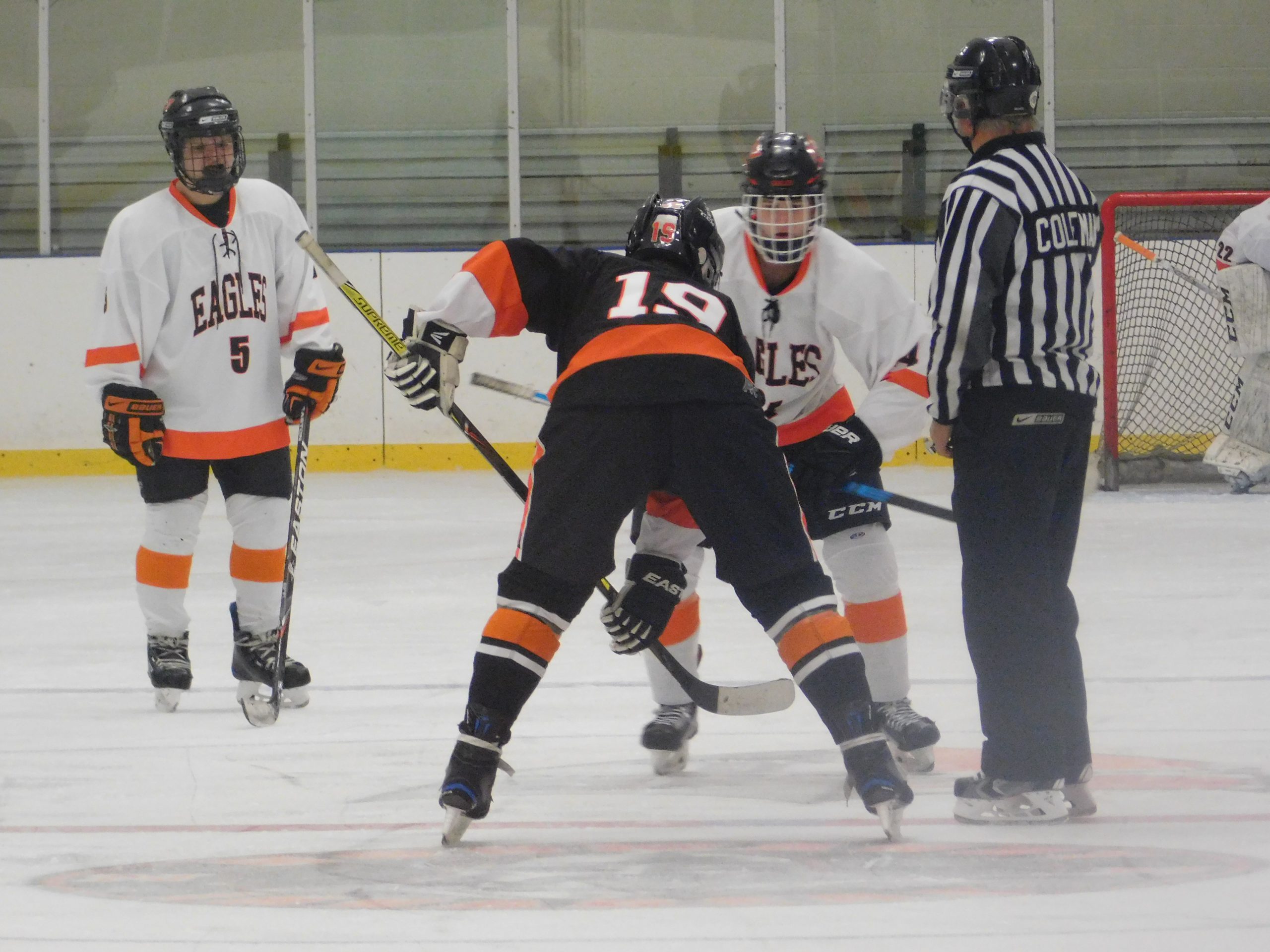 Less than 24 hours after a 6-1 win over the Orange Lions, the Olmsted Falls Bulldogs were back on the ice Sunday afternoon, as they and the North Olmsted Eagles skated to a 3-3 tie in Brooklyn.

The tie sets the Bulldogs at 4-1-1 on the season, the Eagles with the tie move to 1-4-2 on the year. The Eagles dropped a 4-1 decision to the Strongsville Mustangs on Saturday.

North Olmsted led it 1-0 after after they were able to convert on a power play, but the Bulldogs scored to tie it at one apiece with the Bulldogs goal going to Mike Kirth-Gruszczynski.

The first period saw the Eagles get another goal, making it a 2-1 game after the first 15 minutes of play.

The two teams played to a stalemate in the second period with either team able to convert. North Olmsted got a goal to go up 3-1 in the third, before Olmsted Falls rallied.

They got a goal from Zach Henley to make it a 3-2 game with 3:46 left in 3rd, and then with 19:3 left to play, Kirth-Gruszczynski found the back of the net for his second goal of the day, with an assist from Jacob Kerkay.

That’s how it would end, with the two teams skating off with the 3-3 tie.