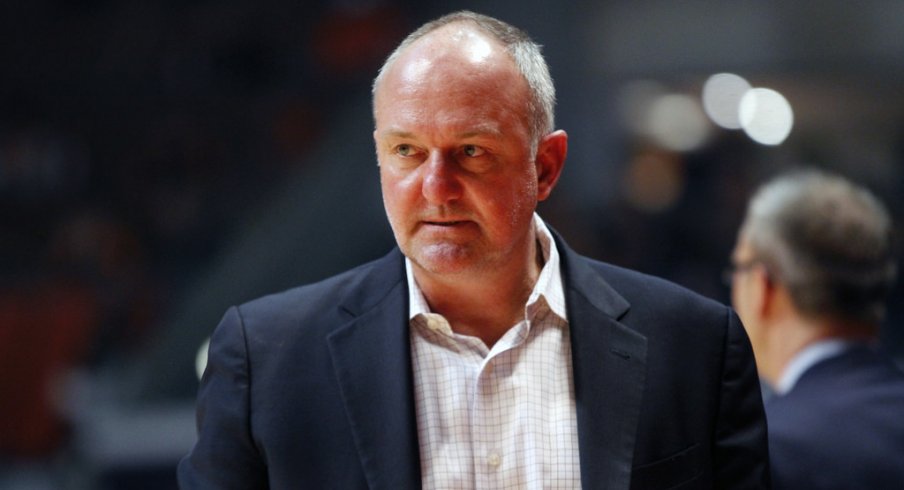 As announced at the press conference today, Thad Matta is no longer the Ohio State Basketball Coach. This move is effective immediately.

"Thad Matta will no longer be the head men’s basketball coach." #Buckeyes news on official website.

The Ohio State University’s basketball program will be looking for a new men’s coach after the 2017-18 season.

As first reported by 247sports.com, Head Coach Thad Matta will be retiring after the 2017-18 season due to health issues.

Matta currently holds a 439-154 record as the coach of the Buckeyes after taking over the job in 2004. Matta has won five Big Ten regular season championships, four Big Ten tournament championships, and has made two Final Fours.

There will be a press conference at 2pm today with Matta and Athletic Director Gene Smith.