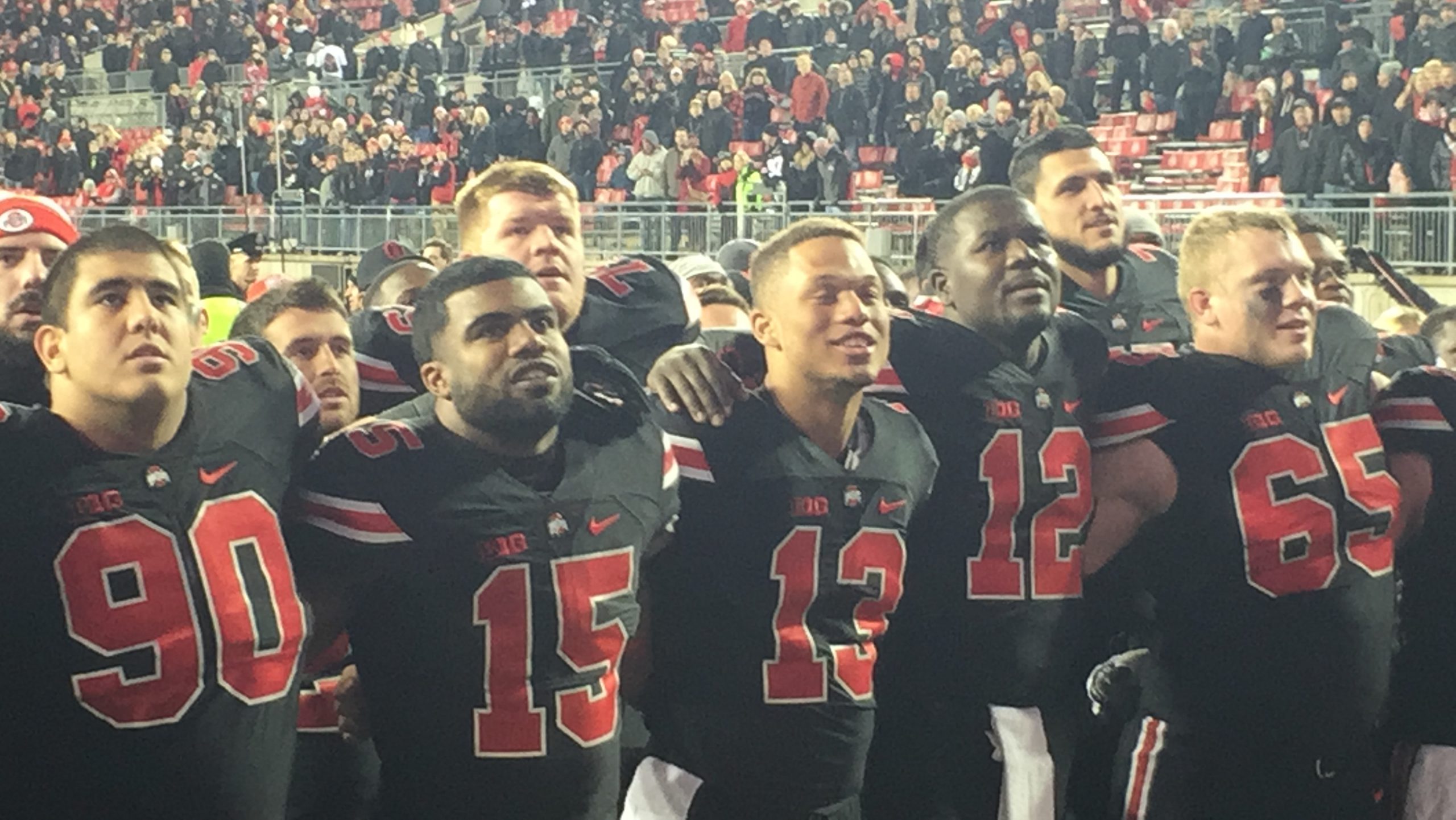 You wouldn’t know it by listening to the players and coaches in the locker room, but Ohio State has a problem at quarterback.

Cardale Jones started for the Buckeyes, but he struggled to move the ball consistently. However, backup J.T. Barrett accounted for four touchdowns – two on the ground and two through the air – as Ohio State overwhelmed Penn State 38-10 on national TV.

Following the game, there was no discussion of making the switch to Barrett for next week’s game against Rutgers. 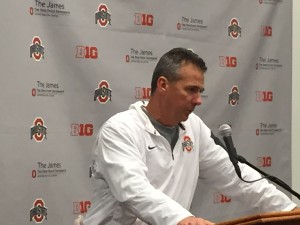 “Just let me evaluate it,” head coach Urban Meyer said. “I’ll let you guys know on Monday and we’ll go from there.”

When pressed for a reason to stay with Jones, Meyer became defensive.

“”The job is to go win a game,” he said. “We beat a very good team by, what was it, 298 points. Very good win. I care about these players, and you try to win a game at whatever cost. There’s a lot of people in that locker room that are the very best and have done a lot of things. And I do care, but our job is to go win.

Jones finished the game with only 68 total yards – 84 through the air, and negative-16 on the ground. He only attempted 15 passes, but missed several targets badly.

Barrett did not attempt a pass until the fourth quarter, but connected on all four of his attempts, twice finding the end zone. Barrett rushed for 102 yards and two touchdowns.

Ezekiel Elliott continued his assault on the Big Ten, hammering out 153 yards on the ground and 21 yards receiving. He scored once, his 11th touchdown of the season.

Ohio State once again had difficulty with broken plays. On Penn State’s first possession, Chris Godwin broke a tackle and streaked down the field for a 45-yard reception (that could have been stopped for 10 at the most), which led to a field goal. On the Lions’ first possession of the second half, Christian Hackenberg again found Godwin on a deep pass that he somehow snared for 56 yards. It later led to a touchdown and the remainder of PSU’s points.

Meanwhile, the Buckeyes found themselves chasing yet another running back. Sequon Barkley carried 26 times for 192 yards, but did not find the end zone.