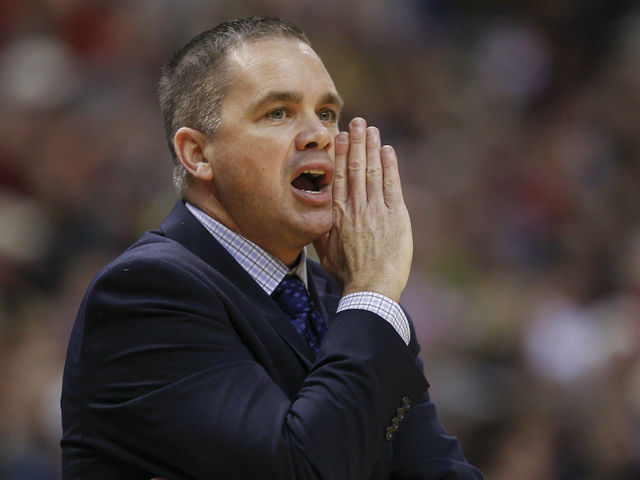 As the Ohio State Basketball Head Coach job is still open, we continue to hear names of potential suitors. Today, there are two main names being talked about.

Butler's Chris Holtmann to Ohio State is heating up. Numerous "insiders" claiming it's near a done deal. Time will tell if this has legs.

Butler’s Chris Holtmann has emerged as the frontrunner for the Ohio State job, sources told ESPN.

Holtmann has had success with the Bulldogs, going 70-31 in his three seasons there. He has won at least 20 wins in each season, recording 25 last season. Holtmann also helped Butler reach the Sweet Sixteen this past season, as he made the tournament every season at Butler.

Another name not gaining as much steam as Holtmann but definitely in the discussion is former Cleveland Cavaliers Head Coach and current Golden State Warriors Assistant Coach Mike Brown.

Another NBA coach on Ohio State's radar, sources tell @TheVertical: Golden State assistant Mike Brown. So far, no contact has been made.

Brown had success in Cleveland, earning 305 of his 347 wins as the Head Coach of the Cavaliers.

For more information on the Buckeyes coaching search, stay locked into NEOSI.