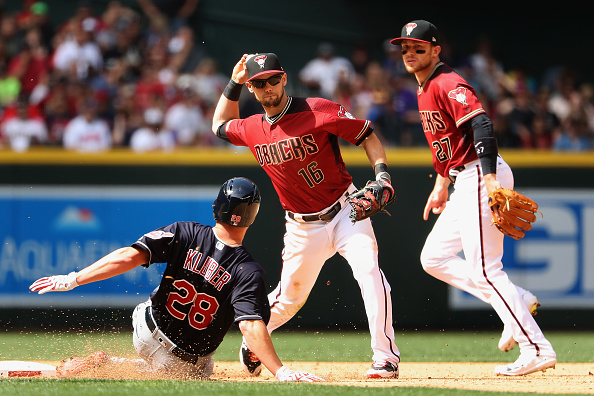 The Indians and their fans were riding high after an impressive three-game sweep over the Texas Rangers in Arlington to kickoff the 2017 season.

How things have changed in just three days.

A tripe further west to Arizona to play a team they rarely see was resulted in disaster for the Indians, Sunday their third straight loss to the Diamondbacks puts the team right back to square one at 3-3, but on the bright side they will get to come home for their first home games of 2017 on Tuesday starting with the AL Central Chicago White Sox.

Sunday was better than Saturday, when the team was beat up and down by the surprising 6-1 Diamondbacks 11-2, but in the end the result was the same, as the bats were basically quiet against Arizona with the latest loss coming 3-2.

Here’s three things from Sunday’s loss, as the team will jump on a charter back home and get set for hopefully sunny skies as they ready for Tuesday’s sold out home opener at 4:10pm.

Three Takeaways from Tribe’s Loss To Diamondbacks on Saturday
From Sweep to Swept; Tribe Bats Fall Asleep in Desert