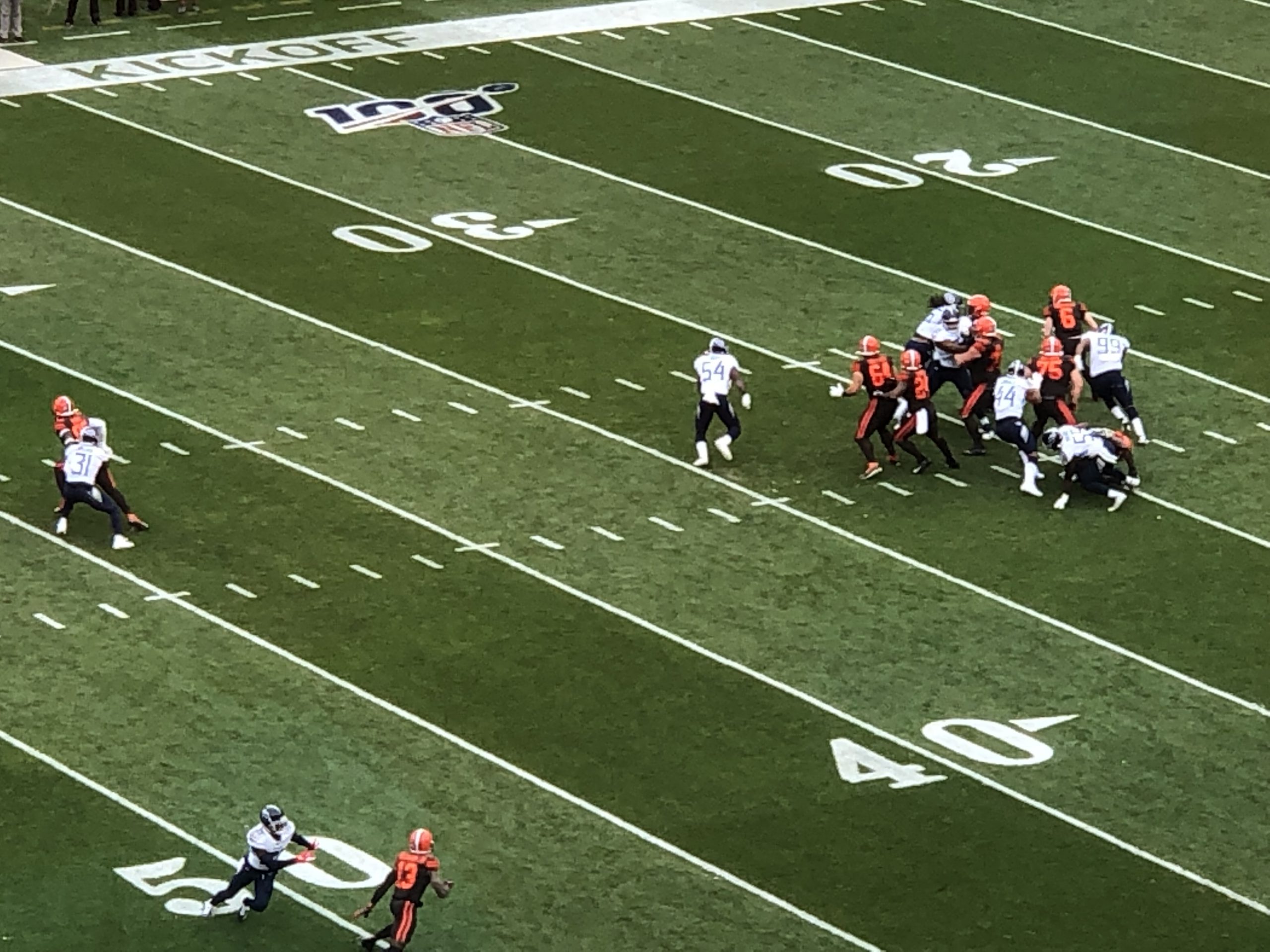 Browns wide receiver Odell Beckham Jr. went viral on Sunday, but not because he and Baker Mayfield finally hooked up for meaningful passes.

No. OBJ made headlines because of his watch. A photo snapped of the wideout during Sunday’s 43-13 loss to the Titans caught a glimpse of a $350k Richard Mille watch on his wrist. As the photo made it’s rounds on social media, there was a belief that Beckham Jr. could be fined for violating an NFL rule against wearing a wrist watch during a game.

According to NFL Network’s Ian Rapoport, the only discipline OBJ will face is a stern talking to. Rapoport said Monday that while there’s no rule against wearing jewelry during a game, wearing a watch violates a rule against wearing hard objects. The punishment? Well, Rapoport expects the league to address it with OBJ and the team and leave it at that.

#Browns WR Odell Beckham Jr, who took the field with $350K Richard Mille watch, violated a league rule prohibiting hard objects, I’m told. (There is no rule against jewelry.) The league will address it with him and the team, but that’s likely as far as it goes.

The lack of a fine does come as somewhat of a surprise considering that the NFL has thrown the book at players for uniform or apparel violations in the past. Either way, it appears Beckham Jr. will avoid any fines in this case.

For what it’s worth, Beckham Jr. caught a team high seven passes for 71 yards while rocking the hardware.