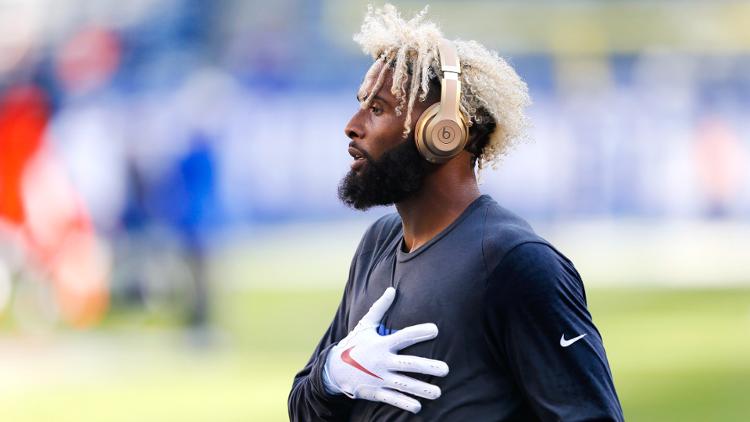 When the Browns traded for Odell Beckham Jr. back in March, it instantly raised the team’s expectations for 2019. Combined with the additions of several other keys players this offseason Cleveland’s Super Bowl odds jumped to sixth best heading into next season.

Those high expectations were reaffirmed by the team’s second-round pick CB Greedy Williams two weeks ago, who declared that the Browns were “going to the Super Bowl” after being drafted 46th overall. That caused general manager John Dorsey and head coach Freddie Kitchens to downplay the hype last week.

Now, its Beckham Jr. who is raising the stakes even higher with some comments of his own.

Speaking with GQ at the Met Gala on Monday night, the three time Pro Bowler opened up about where he hopes to lead the franchise in the years ahead.

“I plan on being there for the next five years and trying to bring as many championships there as possible,” he said, “Turning [the Browns] into the new Patriots.”

On one hand, the Patriots are the gold standard franchise that every team aspires to be after winning six Super Bowls this century. What player or team doesn’t aspire to do what the Patriots have done?

On the other, setting such lofty expectations before the team has even been played is exactly what Dorsey and Kitchens wanted to avoid. The Browns certainly look legit on paper, but there is still plenty to prove before they can become the new Patriots.

Beckham Jr. didn’t stop there with his mountainous predictions either. The 26-year-old also said Baker Mayfield will be wearing a gold jacket one day.

“He’s Brett Favre—he’s going to be a Hall of Famer,” he asserted.

Considering how OBJ used to talk about Eli Manning, fans oughta love the support of Mayfield and the confidence he has in his new team. That said, all this talk is making the Browns a bigger target for the rest of the NFL. Beckham Jr. better hold up his end of the bargain on the field.

Browns Rookie Minicamp Day Two, What Did Kitchens Say About Blough, Williams, and Garrett
Former OT Joe Thomas Says Browns Have the “Most Talented Young Offensive Rosters in the NFL”