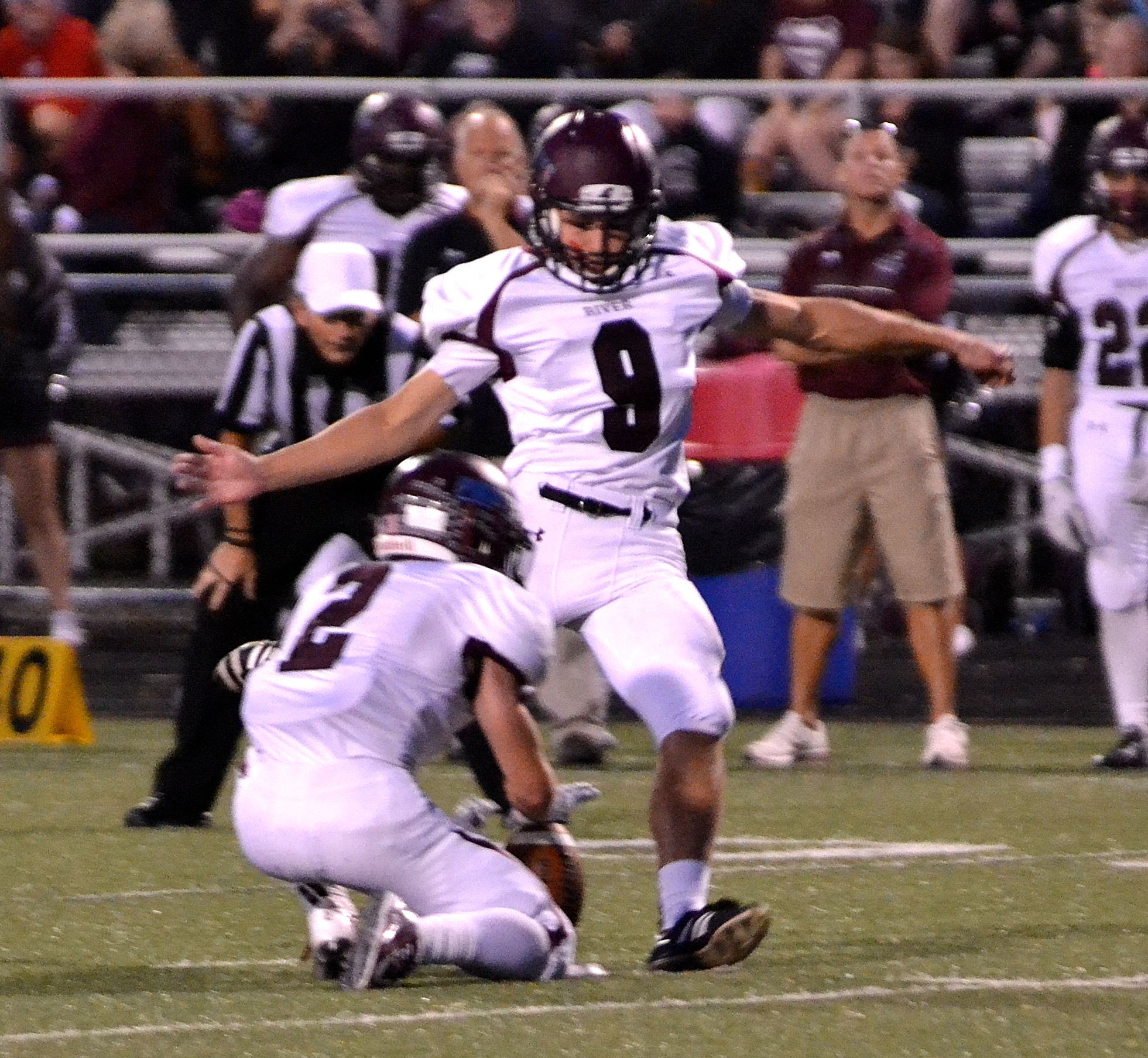 NORTH RIDGEVILLE, Ohio – Rocky River’s season came to an end with a 56-7 loss to Norwalk on Friday night.

The Division III, Region 10 semifinal was a close battle through 24 minutes, but the No. 4-seed Truckers (9-3) took over the game in the second half.

The loss for Rocky River (7-5) marked an end to the sixth postseason run in school history.

The fourth-seeded Norwalk Truckers had all the momentum early. Capitalizing on an early River fumble and three fourth-down conversions, Norwalk built a 14-0 lead by the 1:58-mark of the first quarter.

The eighth-seeded Pirates halved the Norwalk advantage on one play – an 82-yard Michael Finnegan-to-Owen Bebie pass – before the end of the opening quarter. The two sides traded punts in a defense-dominated second stanza and the 14-7 score made its way to halftime at neutral-site Ranger Stadium. A key Cristain Dean interception thwarted a long Trucker drive near the end of the half.

The first half established Friday’s battle as Norwalk’s ground game versus Rocky River’s aerial assault. Finnegan hoisted 26 passes, piling up 217 yards in the first half. Trevon Raymore – who went into Friday’s tilt with 2,026 rushing yards on the season – tallied 89 yards on 15 carries in leading the Truckers.

Norwalk regained its two-score lead in the opening moments of the second half. The Truckers took the second-half kickoff to the River 40. On their first play from scrimmage, Raymore bolted 39 yards to the Pirate 1-yard line. Norwalk scored on the next play, vaulting to a 21-7 lead.

After forcing Rocky River to punt on its next drive, Norwalk rode the strong running of Raymore and quarterback Garrett Chapin to another score. Raymore capped off the lightning-quick ramble down the field with a 27-yard touchdown run. A contest that began in a light drizzle found itself in snow flurries by the end of the third. And, with yet another Trucker score, a taut 14-7 game had turned into a 35-7 rout by that same point.

The final frame was a parade of Pirate turnovers and Trucker trips to the end zone. The final score spelled the most points yielded by a Rocky River team since 2014 (70 vs. Toledo Central Catholic, Nov. 7). Prior to Friday’s tournament game, the Pirate defense had allowed more than 30 points in just one game this season (33 vs. Elyria Catholic, Oct. 26).

Credit a strong Norwalk squad for the bulk of numbers gone sideways on Friday. With their 56 points against Rocky River, the Truckers have now averaged 39.9 points per game since Oct. 5. They move on to a region final.

More numbers could help frame Friday’s disappointment for Rocky River, but they can also paint a bigger picture:

Week No. 1 of the Ohio high school football season kicked off on Aug. 24. One-hundred-and-six Division III programs were in action that first week. Only 16 of them made it to week 12.

Included in the 16 was a swashbuckling Pirate team from Rocky River.