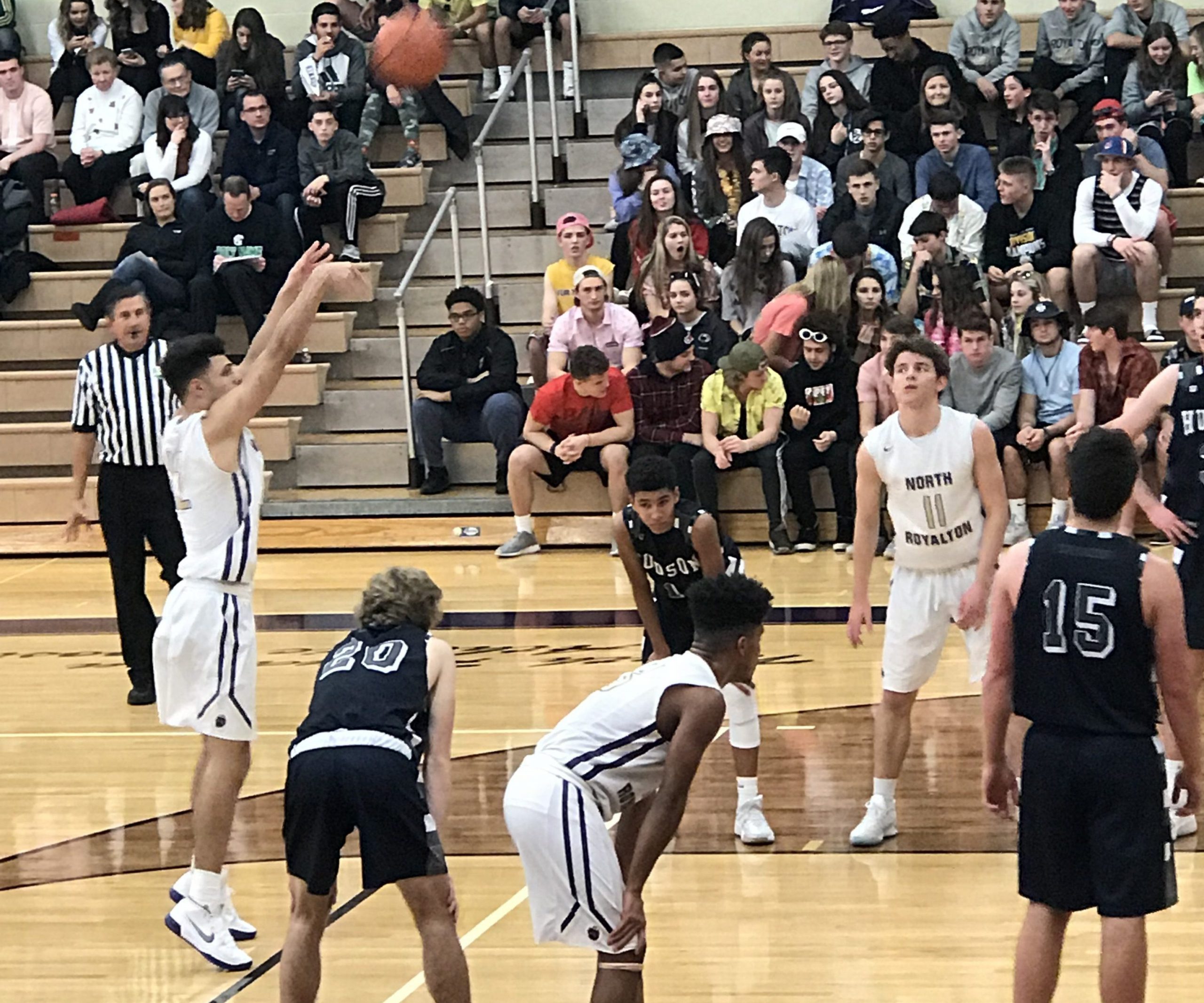 NORTH ROYALTON, OHIO– The North Royalton Bears boys’ basketball team improved to 3-1 on the season after defeating the Hudson Explorers (0-3) at home by a score of 45-30.

After a low-scoring first quarter, the Bears scored 17 points in the second period to gain an 11-point advantage at the halftime break. They closed the quarter on a 7-1 run spurred by back-to-back lay ups and steals from freshman point guard Omar Abuhamdeh.

The Explorers made some defensive adjustments during the break and held the Bears to just nine points in the third quarter. Hudson sophomore forward Jack Burdett scored eight points in the period to try and cut into the Bears’ lead, but the Explorers still trailed by 10 heading into the fourth quarter.

Royalton’s full-court press played a major role in limiting the Explorers to just seven points in the fourth quarter. Junior guard Jack Bunsey knocked down a deep 3-pointer from the right wing to push the lead back to 12, and he later connected on a smooth floater in the lane to further extend the Royalton lead.

A corner three from junior guard Akram (AK) Abuhamdeh sealed a win for the Bears. Bunsey led the Bears with 13 points, and senior forward Adam Barrett chipped in with eight. Burdett led all scorers with 21.

The Bears will be back in action on Friday night at home as they host Suburban league rival Wadsworth at 7:30 p.m.