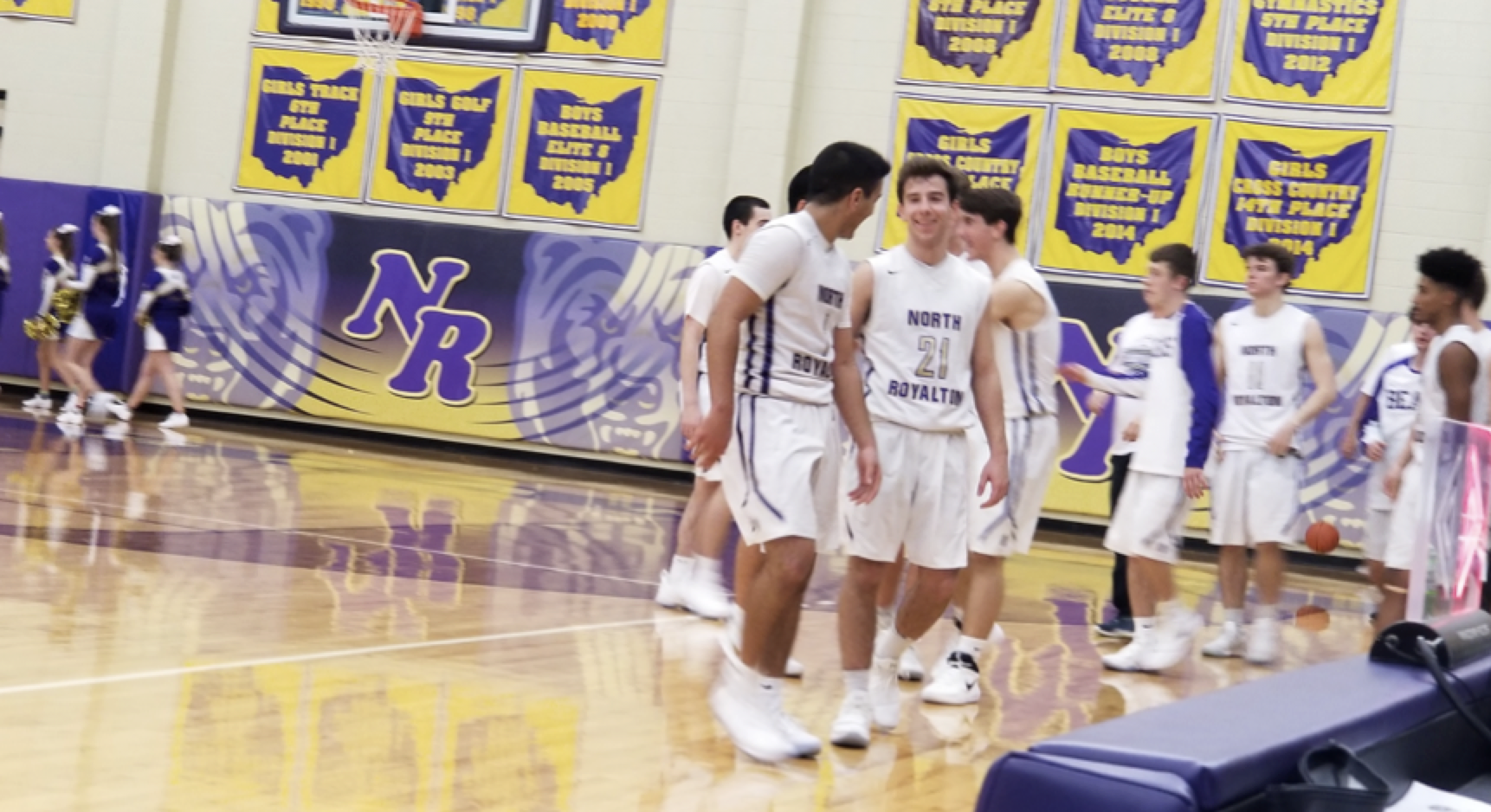 NORTH ROYALTON, OHIO– It was a rough one in North Royalton, as both the Bears and Explorers struggled offensively. Both teams had trouble scoring the ball, and ultimately, the win went to the team who made fewer mistakes down the stretch. The Bears pulled out a 15-point victory against the Hudson Explorers beating them 45-30.

The start of the game was very sloppy with both teams committing turnovers and missing defensive assignments. Offensively, both teams could not score a basket for almost a full quarter.

From the start, the Bears struggled offensively and looked to be out of rhythm for most of the game. Despite committing turnovers and lacking energy on the offensive end, the Bears were solid defensively, holding the Explorers to only 30 points for the entire game.

North Royalton head coach Nick Lapsevich talked about the teams struggles, and what the team can improve on heading into the next game.

“We have to shoot better obviously, keeping our turnovers down, it wasn’t bad today but the last game we had too many turnovers and we lost the game,” he said. “Honestly, shooting the ball with confidence, knocking down some three’s, and being super aggressive.”

Bears guards Omar Abuhamdeh and Jack Bunsey set the tone for North Roaylton and provided the spark the Bears needed to get the win. When asked about the play of both Abuhamdeh and Bunsey, Lapsevich says that both players are gamers.

“They both are gamers, Omar is only a freshman and he is going to be a good one,” he said. “He still getting acclimated a little bit, his best basketball of the season is ahead of him. He is doing a lot of good things out there for us, he is a leading rebounder coming into this game, leading in assist, and steals as well, and does a nice job getting people shots. Jack is a gamer too, when we need a big shot, he can step up, and what he brings to the table it really helps us.”

The Explorers struggled on both ends of the floor, and timely mistakes ultimately cost them the game. The leading scorer for the Explorers was forward Jack Burdett who scored 21 of the team’s points.

The North Royalton Bears take on Wadsworth High School at home on Friday, Dec. 22 at 7:30 p.m. The Hudson Explorers look to get their first win when they face Streetsboro in the Hudson Holiday Tournament on Thursday, Dec. 28 at 7:30 p.m.