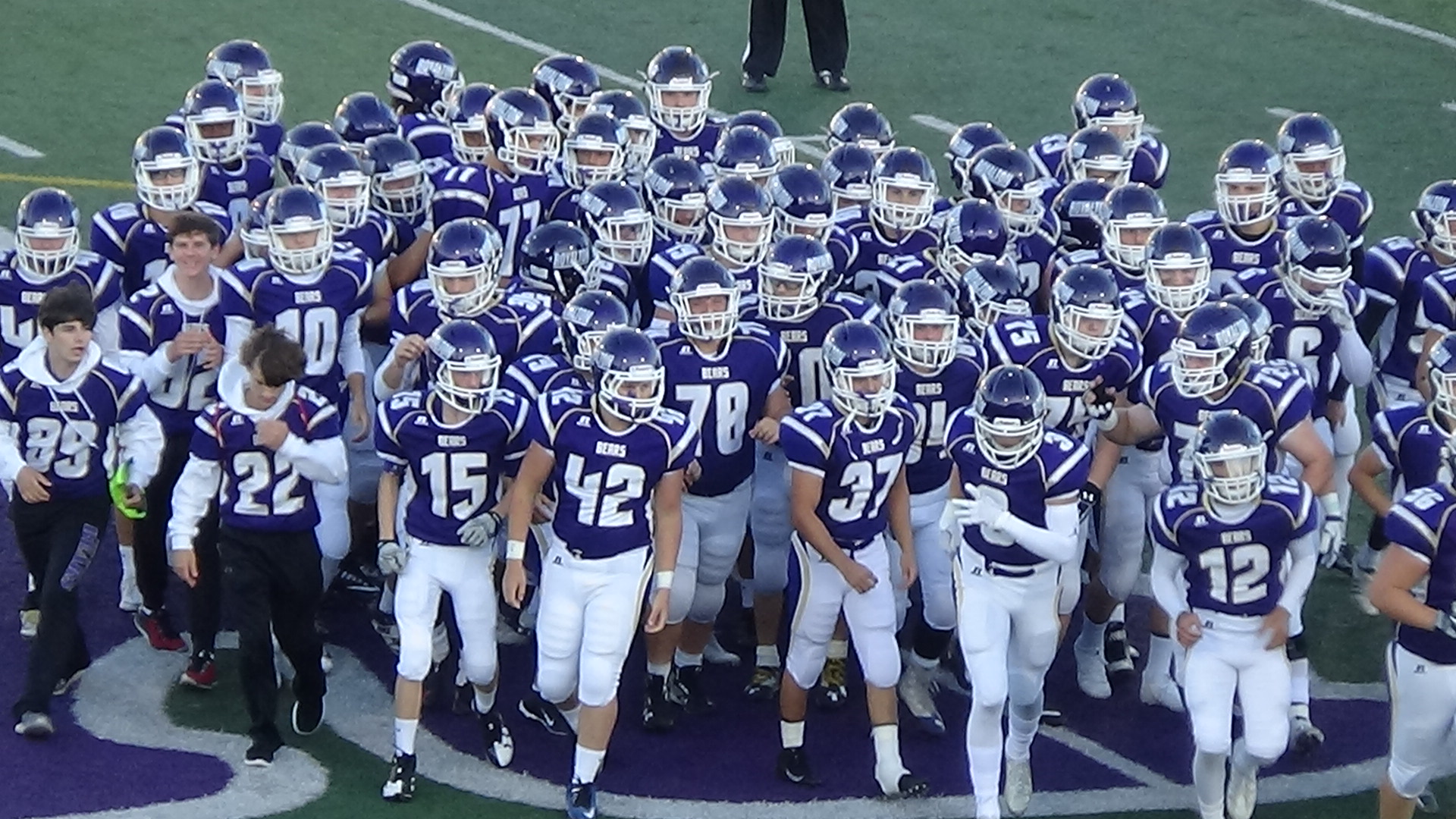 The North Royalton Bears offense and defense was clicking in the first half and cruised to a 42 to 12 victory over the Cuyahoga Falls Black Tigers.

The first quarter was all about the Bears defense. Zach Takacs recovered a fumbled snap during a Black Tiger punt, Brian Rossman recovered a fumble and Dawson Grimm was making tackles all over the place. The Bears offense took advantage of the great field position and Simon Antonio scored two rushing touchdowns to take a 14 to 0 lead after the first quarter.

The Bears offense and defense continued the onslaught in the second quarter. Tyler Sonnenwald recovered a fumble and Gino Mucciarone intercepted a pass and returned it for a touchdown. This was Mucciarone’s first touchdown in his career and it was in his last game as a senior.

With a running clock in the second half and the field getting muddier and muddier, the Bears stuck to the ground game and ran out the clock. The Bears end their 2018 season with a victory and a final record of 4 wins and 6 losses.

This was a wild and roller coaster season for the Bears. The Bears led in the 4th quarter in 9 of the 10 games. The offense put up astounding numbers throughout the season.