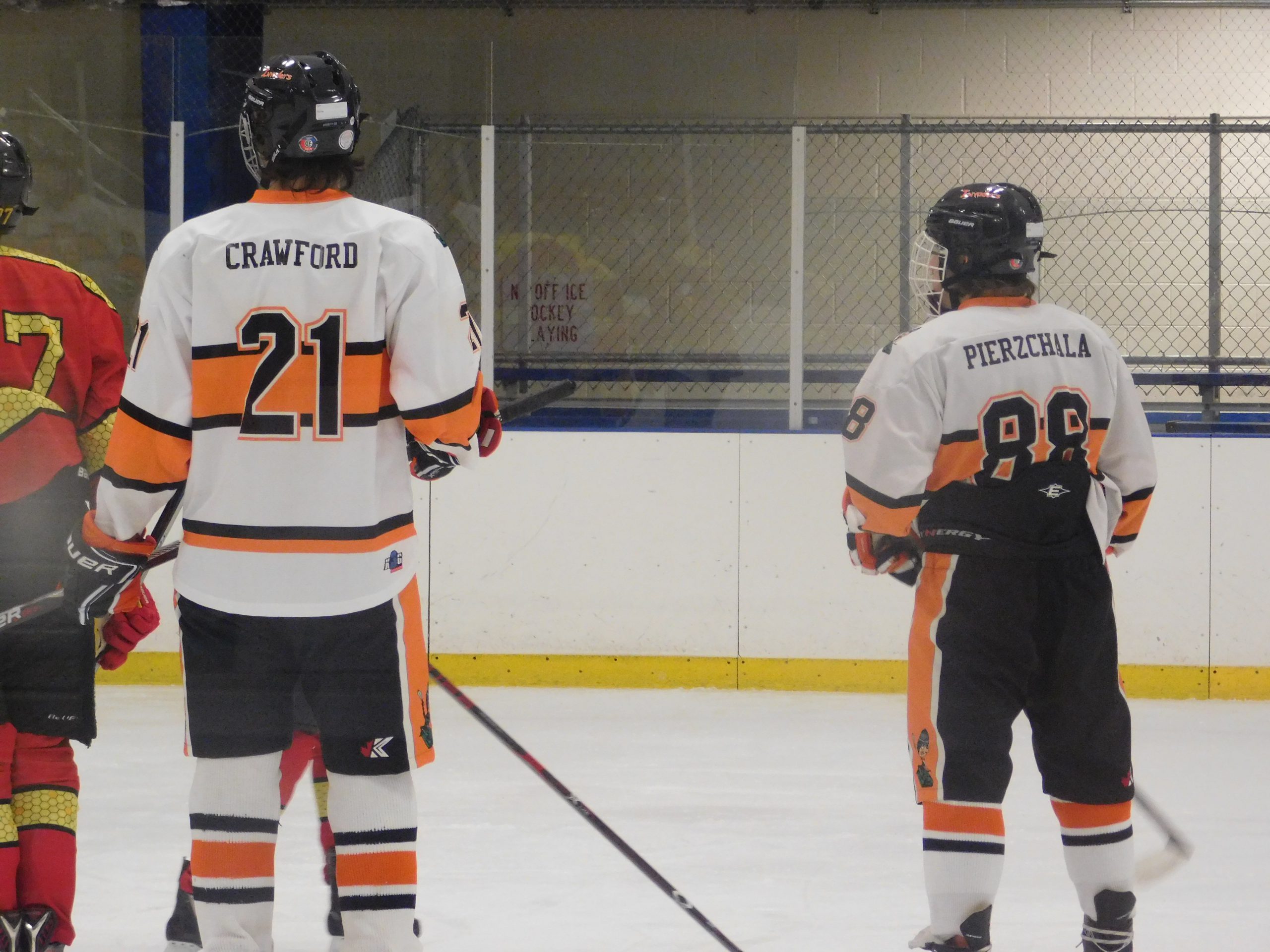 A wild 10-goal first period set the tone Saturday afternoon for the Normandy Invaders, as they outscored the Twinsburg Tigers 6-4 in the first 15 minutes en route to an 11-4 win in the CVCA Christmas Tournament.

The Invaders balanced scoring attack saw four players score two goals, seven players overall finding the back of the net in the win.

Ethan Corlett, Justin Pierzchala and Jeffrey Sutyak each scored a goal for the Invaders.

The Tigers scored all their goals in the first period, but then were shutout by the Invaders over the final 30 minutes of play while Normandy added five more goals in the victory.

Anthony Sciarabba led the Tigers offense, as the Twinsburg forward scored twice in the first period and also collected an assist.

Sciarabba scored three times in the Twinsburg 10-3 loss on Friday evening to CVCA in the tournament.

Hannah Zochowski got the call in net for the Tigers, and she turned away 35 of 46 Normandy shots.

On the other side, Derek Billiter collected the win for Normandy, stopping 12 shots in the win.