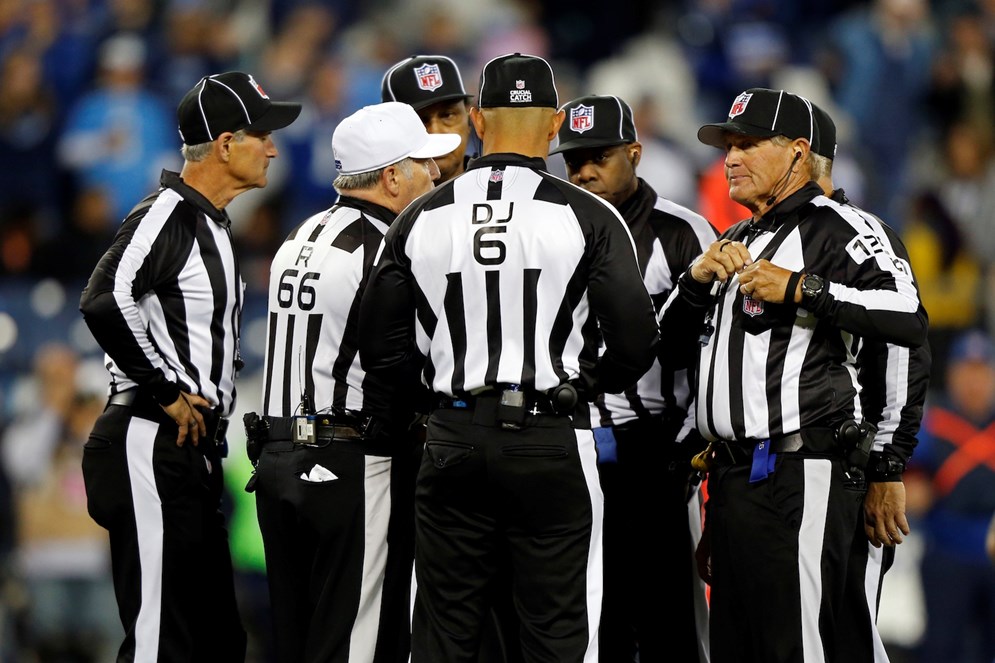 While the Browns and their fans have been rightfully upset with the officials for most of, if not all of the season, today the league finally did something about it.

The league has canned down judge Hugo Cruz on Thursday for “inadequate performance,” a person familiar with the firing has told The Associated Press.

Cruz was the official who was directly responsible for blowing the obvious no-call of a false start that should have been called during the Browns loss to the Chargers two weeks ago.

Chargers tackle Russell Okung false-started on the play and nothing was called, and the play resulted in a touchdown during the Chargers 38-14 win.

“The NFL has a troubling history of knee-jerk reactions with an eye on public relations, and clearly it has not learned from past mistakes,” NFLRA Executive Director Scott Green, a former referee, said in a statement.

“The NFLRA will protect the collectively bargained rights of all officials and will challenge this reckless decision through the grievance process.”

How rare is an official getting fired during the season? Consider it’s the first in-season firing by the league of an official because of performance in the Super Bowl era.

Here’s the play that led to Cruz’s firing as Okung as clear as day jumps early.

The refs are asleep in the #Browns game apparently. #Chargers got a TD on this play and the false start was so obvious that a bunch of Browns players stopped on the play. #NFL pic.twitter.com/lj86m3n2Us