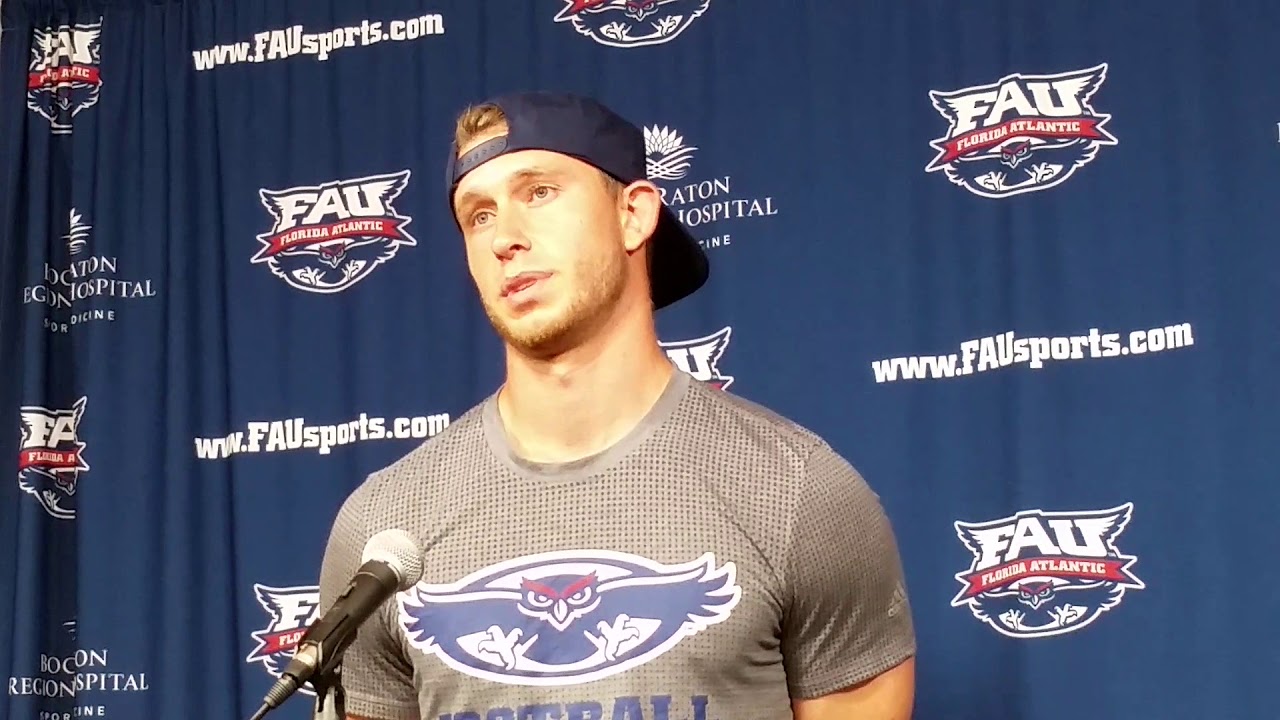 The writing was on the wall Sunday the moment that Zane Gonzalez’s 52-yard field goal that would have tied the game in the final seconds against the Saints Sunday sailed right.

The Browns were going to be in the market for a new kicker.

Gonzalez’s day included missing two field goals, but maybe even bigger was his miss of two extra points, leading the team on a short week to make a change at kicker, inking rookie Greg Joseph.

Joseph does have a bit of an NFL background, as he spent training camp with the Miami Dolphins, but failed to make the final roster as an undrafted free agent out of Florida Atlantic University.

Needless to say that he wasn’t exactly waiting for the phone to ring Sunday night when it did with a call from the Browns to come in for a tryout.

“I was just living the South Florida life,” Joseph said when asked what he was doing when the Browns called. “Hung out by the water with some buddies, relaxing and watching some games. Nothing crazy.”

Three teams needed kickers after Sunday’s games, as the Rams lost kicker Greg Zuerlein for a few weeks to an injury, and the Vikings were in the market for a kicker after they released kicker Daniel Carlson after he went 0-for-3 during a tie with the Packers.

The Vikings got probably the most sought after kicker, inking former Pro Bowl kicker Dan Bailey, and the Rams went out and inked Sam Ficken to a deal for the injured Zuerlein.

Joseph is the unknown of the bunch, as he made 69.5 percent of his kicks during his college career, playing five seasons for FAU after redshirting his freshmen season.

“I have been working a lot. I have been busting my butt. I am ready to give it everything that I have,” Joseph said Tuesday.

“I know there is still room to get better, and I am aware of that. That is something that I am keying in on and definitely looking to improve my game out here and keep elevating it.”

The chance that awaits Joseph is one that he didn’t expect, even after seeing the kicking issues around the league on Sunday. He will look to take advantage now of the chance in front of him.

One thing that impressed the Browns about Joseph was the strength of his leg, as in the preseason he made a 54-yard field goal, and connected on all three of his tries with Miami.

“A young player, he has the chance hopefully to be very consistent as we move forward,” head coach Hue Jackson said Tuesday. “He has a strong leg obviously, too. He fits all the criteria that we are looking for in a kicker.”

After two tough weeks in the kicking game, the Browns are simply hoping for some consistency, and are hoping it’s Joseph that will bring it starting Thursday against the Jets at home.

“Ecstatic to be here. Ready to give it everything that I have and ready to have a great time here,” Joseph said.