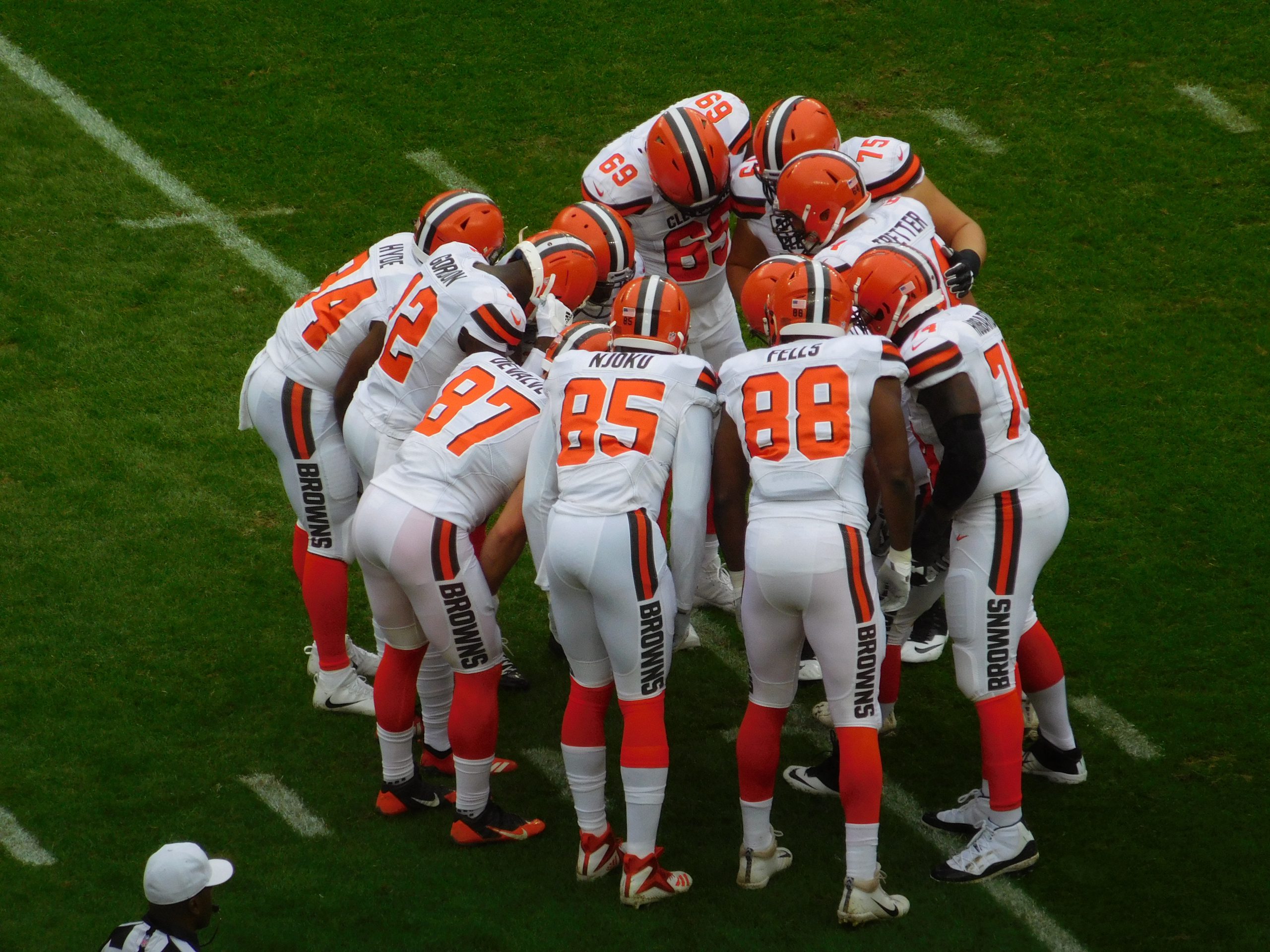 Welcome to the analysis of the Cleveland Browns players and their next fantasy matchup The Browns suffered a gut-wrenching, last-second 21-18 loss to the New Orleans Saints on Sunday. They blew a nine-point, fourth quarter lead that consisted of missed field goals and extra points. It seems like the same old Browns, finding a way to lose.

The Browns made major changes in the aftermath of that loss. Kicker Zane Gonzalez was released after missing multiple kicks that could have provided the Browns their first win since Christmas Eve of 2016, when they beat the then San Diego Chargers, 20-17. They also traded wide receiver Josh Gordon to the New England Patriots for a fifth-round pick.

Browns coach Hue Jackson announced the move Monday after general manager John Dorsey informed Gordon they intended to release him after six seasons this past weekend, reaching a point “where we feel it’s best to part ways and move forward,” Dorsey said Saturday in a statement.

Let’s go to the field.

The Cleveland Browns (0-1-1) welcome the New York Jets (1-1) in a primetime matchup on Thursday for an 8:20pm kickoff. Cleveland is a three-point favorite over the NY Jets. It is the first time the Browns are favored at home since they defeated the San Francisco 49ers 24-10 on December 30th, 2015.

QB: Tyrod Taylor: Taylor is the perfect streaming option as your fantasy quarterback. He is a great scrambler, who rushed for 77 yards and a TD in the season opener and leads all QBs with 103 yards and a TD on the ground after two weeks. In six career games against the Jets, Taylor owns a 98.0 passer rating. Taylor is listed a QB2 in most fantasy rankings but I think they are underestimating him in this matchup. Look for Taylor to chuck it downfield this game and delay the Baker Mayfield calls for at least one more week.

RB: Carlos Hyde: Hyde is only averaging 2.8 yards per carry so far this season. While he has scored two touchdowns on the season, he has yet to take hold of the ground game. The offensive line is an issue, and he will never look pretty getting yards, but he does produce based upon volume.

RB: Duke Johnson: Johnson has only touches in 11 games in the first two games this season. With Josh Gordon departure, look for his opportunities to increase as the Browns spread the ball around. Johnson, who averages over 60 receptions per season over the last three seasons, must be a part of this offense in order for it to succeed. Let’s hope the Browns figure this out as well. Fantasy Fearless

WR: Jarvis Landry: Targets equals opportunities in fantasy. With the Josh Gordon saga over, look for Landry to get even more targets. He is the Browns leading receiver the first two weeks of the season with 12 catches for 175 yards and no touchdowns. We will continue to see a ton of Jarvis Landry weekly.

The rookie Antonio Callaway is now thrusted into the WR2 role after the trade of Josh Gordon. After not recording a catch in Week 1, he shined in Week 2 as he flew by a Saints defender to haul in Tyrod Taylor’s 47-yard bomb in the back of the end zone. He finished with three receptions for 81 yards and the touchdown. He seems to be a boom-or-bust player whose has potential to be a WR3/FLEX in your fantasy lineups.

TE: David Njoku: The second-year tight end has struggled so far this season. He had issues with drops and failed to break off big plays. Njoku has seen 14 targets in his first two outings, but he only has seven catches for 33 yards so far. He flashed his potential in the preseason, Hopefully, we get to see it again on Thursday.

The Browns signed free agent kicker Greg Joseph. He was with the Miami Dolphins during training camp and the preseason but was beaten out for the starting job. Hey, he can’t be any worse than Zane Gonzalez, right? Regardless, no reason to think of Joseph for your fantasy teams.

Defense: The Browns are averaging 3.5 sacks and four takeaways in their first two games this season. The defense is much improved and playing a defense against a rookie quarterback is a fantasy strategy that is always advisable. Sam Darnold has thrown three picks and taken five sacks in two games.

Final Analysis: These two teams met last season in Week 5, which resulted in a Jets 17-14 victory over the Browns. Maybe it’s the diehard Browns fan in me, maybe it’s just the fact that the Browns are running out of finding ways to lose. I think the Browns finally win a game! A primetime matchup at home against a young Jets team lead by a rookie quarterback leads to a Browns 28-17 victory over the Jets. Let’s start planning the parade! Let’s celebrate!