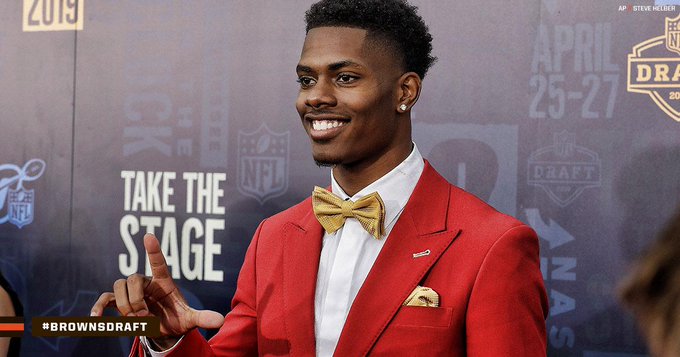 No one can say that new Browns cornerback Greddy Williams is lacking in the confidence department.

The Browns first pick in the draft Friday night is calling his shot, stating that the Browns are Super Bowl bound in the 2019 season.

“I know one thing-that the Browns are going to the Super Bowl this year,” Williams said to reporters Friday evening.

The Browns jumped up for the chance to grab Williams, moving up from No. 49 to 46 in a deal with the Indianapolis Colts to grab the LSU corner.

In the deal Cleveland sent the No. 49 pick and a fifth-rounder acquired from Jacksonville (No. 144) in a previous trade in exchange.

Williams will get a chance to line up opposite Denzel Ward, who was selected fourth overall by the Browns in last year’s draft.

“Me and Denzel, we are going to tear up the league,” Williams said.

“You can go man on the outside all day, and we will lock down those receivers. Denzel is a Pro Bowl corner, came in his rookie year and did what he needed to do.

“I know he’s going to prep me up and get me ready to do the same thing. Possibly we can be the two Pro Bowl corners in the league playing for the same team.”