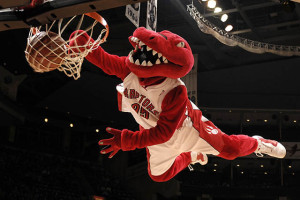 The Raptors didn’t have a great week, going 1-2 since our last rankings, but they did manage to come away with a victory in South Beach, which is no easy task travelling from north of the border.

Toronto is 9-7 on the road, which is the best record of any team in the East, away from home. It is the third-best road record in the entire NBA, only behind the Warriors and Spurs.

They host a solid, Dallas Mavericks team, Tuesday night in a matchup that should be fun to watch, considering both teams are currently the fifth-seed in their respective conferences. 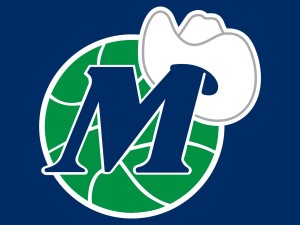 The Mavs continue to prove the nay-sayers wrong this season, as everyone had just about written them off coming into the 2015-2016 season. Now, almost one-third of the way, through, they are the fifth-seed in the West. The West may not be quite the juggernaut we have become accustomed to, but you have to admire how Rick Carlisle, Dirk Nowitzki, and a veteran-bunch are hanging around.

One of the biggest surprises of the season has been Zaza Pachulia, who is averaging 10.2 points per game and 10.8 rebounds.

Don’t expect the Mavericks to be writing any tickets to the NBA Finals, but they’re a team that, right now, could win a playoff series against the Clippers, which would be the first round of the playoffs if the postseason started today.

Charlotte Hornets (15-11) : Last week we had the Hornets at 7th in our Power Rankings. They lost two out of three since then, including a pair of losses to the Washington Wizards and Orlando Magic.

Atlanta Hawks (17-12) : The Hawks went 3-1 last week and are climbing their way back up in the Eastern Conference playoff picture. Had they beaten the Heat at home, they probably would have made our list, but that loss leads us to believe they still need to put some things together before reaching our top ten list again. They’re right on the edge right now.

Detroit Pistons (16-12) : The Pistons have won four out of five, including that crazy 4-OT game on the road in Chicago. They also beat the Pacers and Celtics at home within the last ten days, and took the Clippers into overtime. Andre Drummond is still putting together his monster season, and Detroit would be the eighth-seed if the playoffs started today.

Houston Rockets (14-14) : Don’t look now, but the Rockets are coming back. They’ve won seven of their last ten, including a big win over the Clippers. Despite the rumors of Dwight Howard being unhappy, they have rebounded after starting the season 7-11. James Harden might have something to say about the doubters giving up on this team early in the season.

That’s all for now. We’ll have some great NBA action to watch this week and discuss next Monday, as the long-awaited Cavs-Warriors Christmas Day showdown is finally upon us! Until then, have a happy holidays and best of luck to your franchises. Let’s see where they wind up after this crazy week of games!