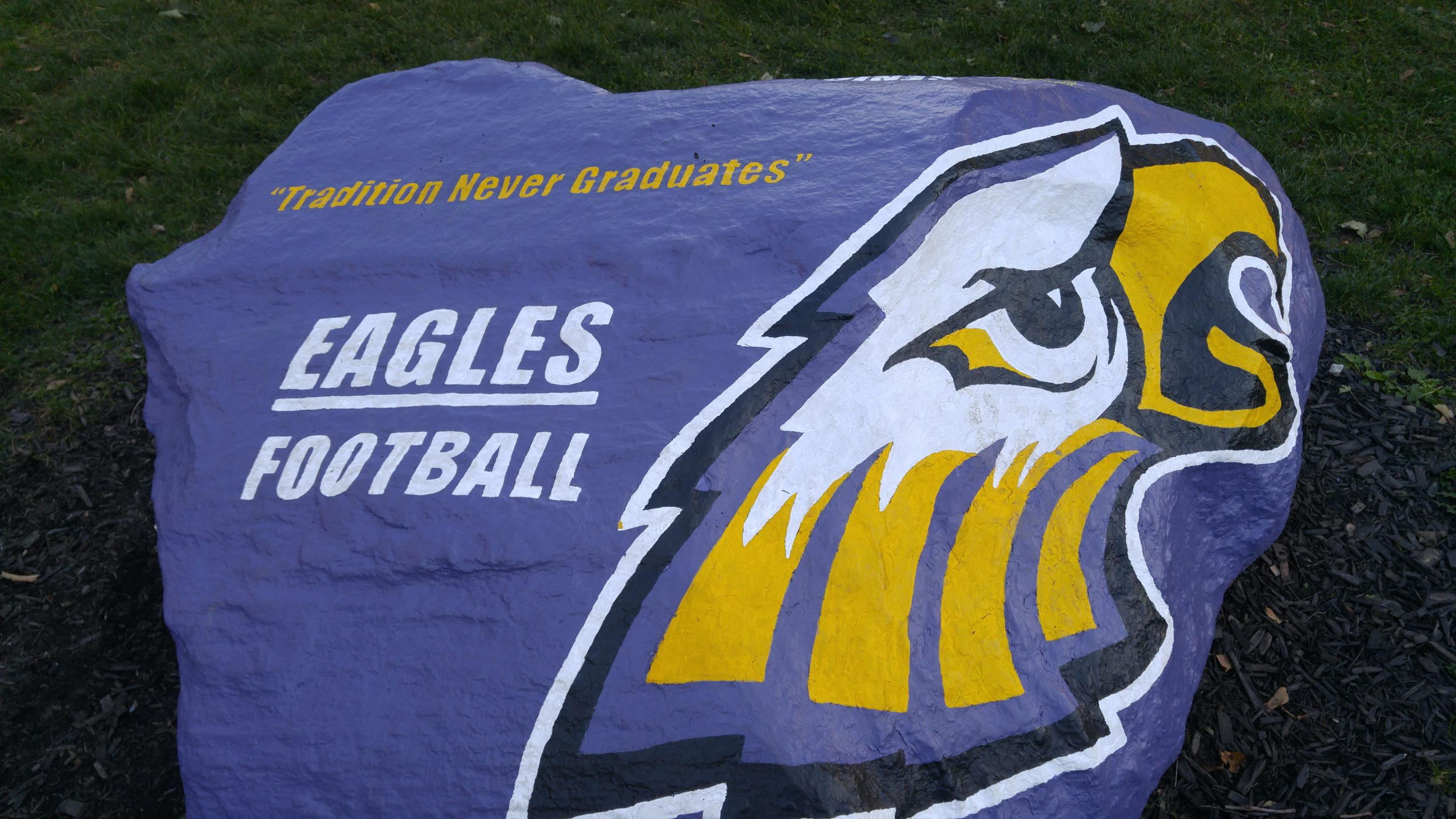 AVON, Ohio – NEOSI would like to award Avon Quarterback Matt Kelly the player of the week award. Matt Kelly had a lot of pressure on his shoulders going into Friday Night’s game. His team was 9-0 and on the cusp of perfection with the hungry Olmsted Falls Bulldogs 7-2 at the time, coming into Avon stadium clinging to a playoff berth.

In the end, Matt Kelly would soar to the occasion with a massive game, and help the Eagles overcome an early 7-0 deficit, to win 42-19.
Kelly finished with 209 yards on 6 of 9 attempts for 4 touchdowns passing and he also had the one running.

He had two long hookups of 36 and then 37 yards for two touchdowns, both of which to Mitch Cooper. The scores led to a 21-13 halftime lead.

Kelly was every bit as good in the second half, when he went on to toss two more touchdown passes. One for 54 yards to Vlasi Pappas, and one of 38 yards to Mason McLemore.

He even ran for one of 16 yards on a great QB draw play call. He willed the Eagles to a big win and a perfect regular season.

Kelly will need to remain hot this weekend as his Eagles welcome in the Avon Lake Shoremen into the nest for week one of OHSAA playoff action.

Olmsted Falls will travel to Midview to take on another incredible quarterback in Dustin Crum.