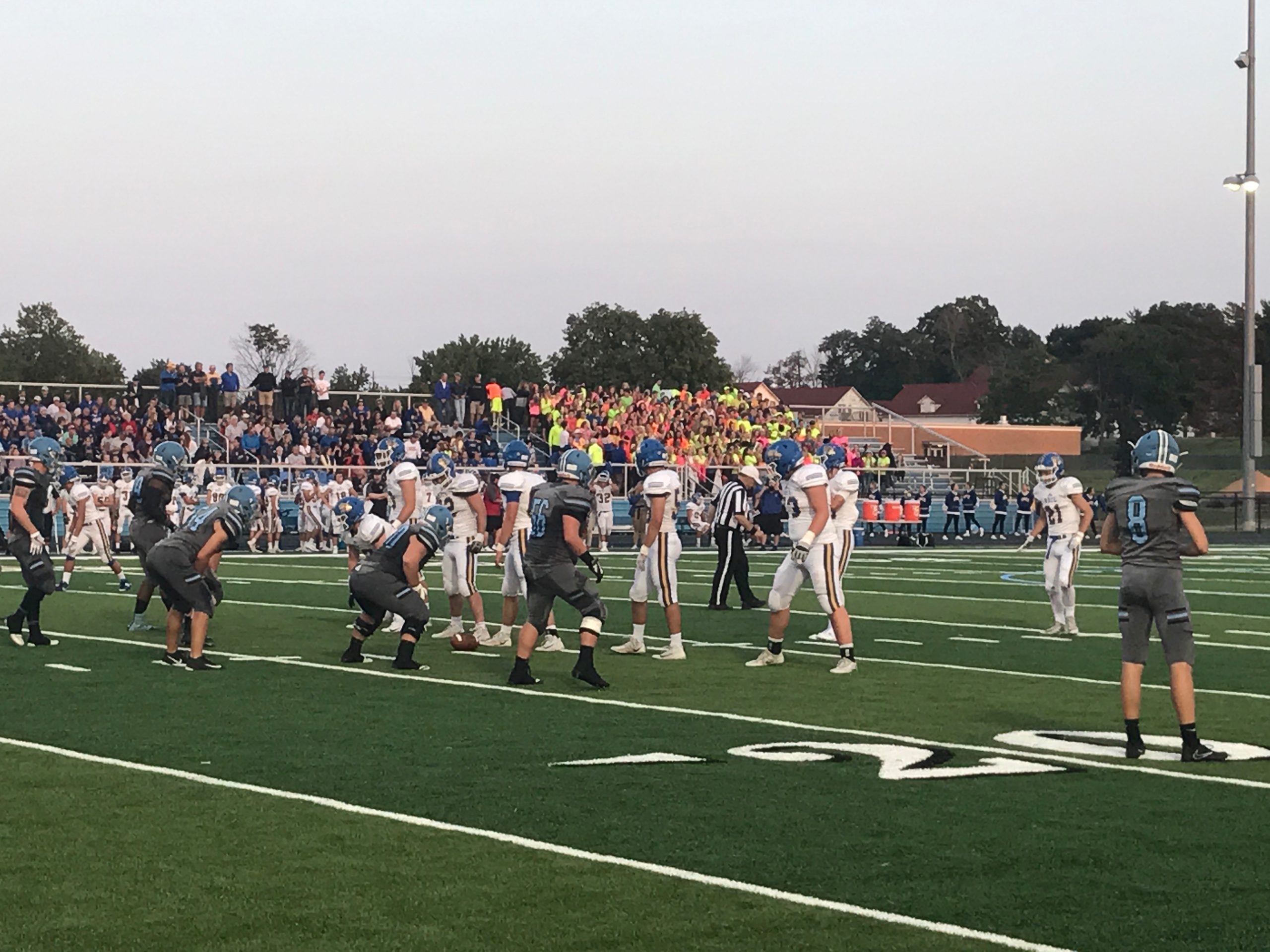 WILLOUGHBY, OHIO – Willoughby South hosted not only the first game of the year Friday night against NDCL, but it was the first game being played at South’s new turf field at Harry E. Winters Stadium.

It was a slow start to the game for both teams, but NDCL was the superior team Friday night as they defeated South 22-0.

It took the Lions till the final minutes of the first quarter to finally get on the board with a late field goal. Early on in the second quarter the defense forced a safety on South’s running back Charles Forbes.

The Lions went on to add 13 more points in the second quarter to take a commanding 15-0 lead heading into the half.

Just like the first half, the second half started slow as well. Josh Peroni of NDCL broke the scrore open in the second half as he ran up the middle for a 40-yard touchdown late in the third quarter.

Ultimately, putting the nail in the coffin for the Lions.

“Josh Peroni has spent a lot of long hours in the weight room and in the classroom, and watching film and its paying off for him.” Andrew Mooney said about Josh Peroni.

The defense from NDCL was stellar all night, forcing constant turnovers and troubles for South. The defense was lead by seniors Chase Brown and Emanuel Malone. They almost made it look too easy getting to the quarterback multiple times throughout the game.

“That’s kind of how our defense lives.” Head coach Andrew Mooney said, “I know we lost a couple guys from last years team but the core of this defense is back and that’s there mentality.”

All night they were constant mismatch nightmares for the Rebels as they were constantly getting past the offensive line of South. These two are the main guys for this Lions defense and they will look to lead the pack all season long.

NDCL pretty much dominated the Rebels all night, especially on the offensive end. The Lions had 304 total offensive yards compared to the Rebels 157 total yards.

There wasn’t a whole lot of offense during this game, but NDCL held South’s number throughout the whole game.

NDCL will look to build off there week one win as they travel to West Geauga next Friday night. The South Rebels will travel to Maple to try to secure their first victory of the year.

The NDCL defense was dominant Friday night against Willoughby South. It was Josh Peroni that came up big for the Lions as he had a pair of interceptions. One in the first half and one in the second half.

Arguably the play of that game was the 40-yard touchdown run in the third quarter that sucked all the life out of South and crushed their chances of making a comeback.

“I was on the sideline the whole game and I was thinking to myself that I need to go in.” Peroni said regarding his 40-yard touchdown run, “I think that was the nail in the coffin and that ultimately sealed the win for us.”

“We wanted to make a statement week one on their new turf.” Said Peroni on the win Friday night.