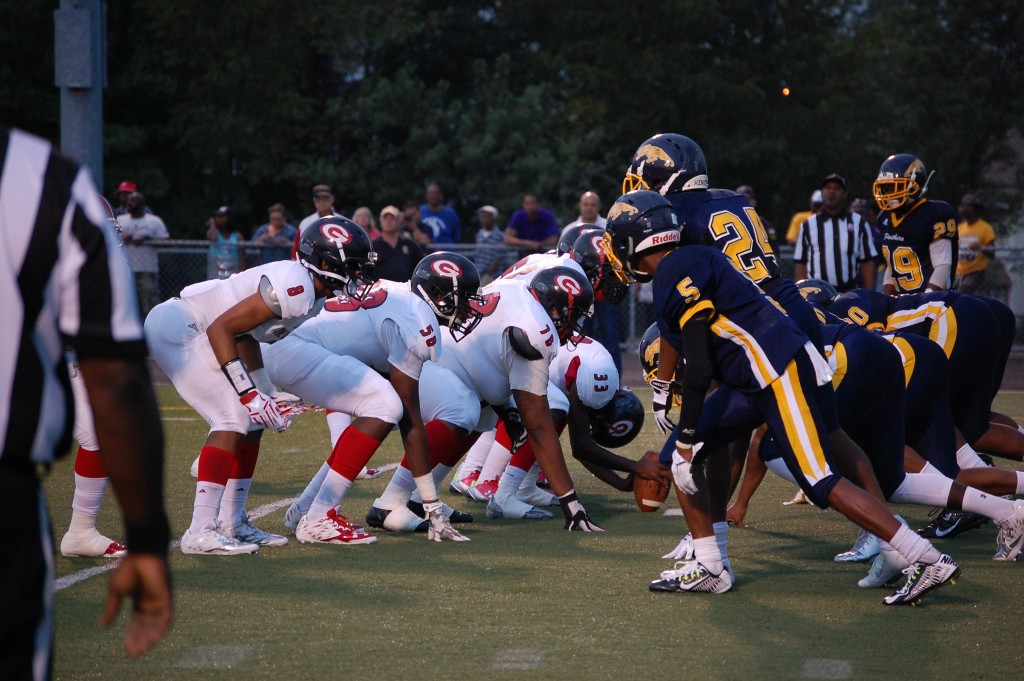 Euclid was led by senior quarterback Cee Jay Hale who led the Panther’s with three trips to the end zone.

He wasn’t the only assailant of the Tarblooder defense as senior running back Ronald Lee added two touchdowns of his own.

The duo hit the ground running, Hale looked poised and in control of Euclid’s offense. the back had a strong 15-yard touchdown run.

His running mate for the night in Lee looked like a man among boys running for a 30-yard catch and run that led to yet another first quarter touchdown.

Euclid took advantage of Glenville’s turnover filled game, as the Tarblooder’s fumble problems resulted in another Lee touchdown as the route continued.

Junior linebacker Chris Parker was everywhere, Parker showed breakaway speed after he picked up a Glenville fumble and took it 37 yards to the house for another Euclid touchdown.

Glenville had no quit in them as they finally got on the scoreboard behind a Torrance Davis touchdown run.

Glenville seemed to find it’s footing behind the diminutive but shifty Tre’von Fullerton. Fullerton was the mouse they couldn’t catch tonight, dashing for a 56-yard touchdown run in the second quarter.

Glenville’s senior spark plug wasn’t done yet, Fullerton burst through the meat of Euclid’s defense to light up the scoreboard with 68-yard touchdown run.

The momentum suddenly shifted to the Tarblooder’s and seemed positioned for an epic comeback.

The juice was shortly gone when Glenville’s Xander Spikes tried to fit a pass over Euclid’s Job Rand.

Rand picked off Spikes from Glenville’s own end zone and returned it into Euclid scoring territory.

Coach Jeff Rotsky and wasn’t messing around as he decided to run the ball exclusively in the 4th quarter, Hale punched in another short yard touchdown to put Glenville away.

Euclid’s senior wide receiver and University of Cincinnati recruit Arquon Bush had mediocre game as he was double teamed all night.

Hale seems to be looking to end his High School football campaign with a state championship run. He scored three times and was the driving force behind the Panthers getting off to a fast start and maintaining it in the blowout win over Glenville.