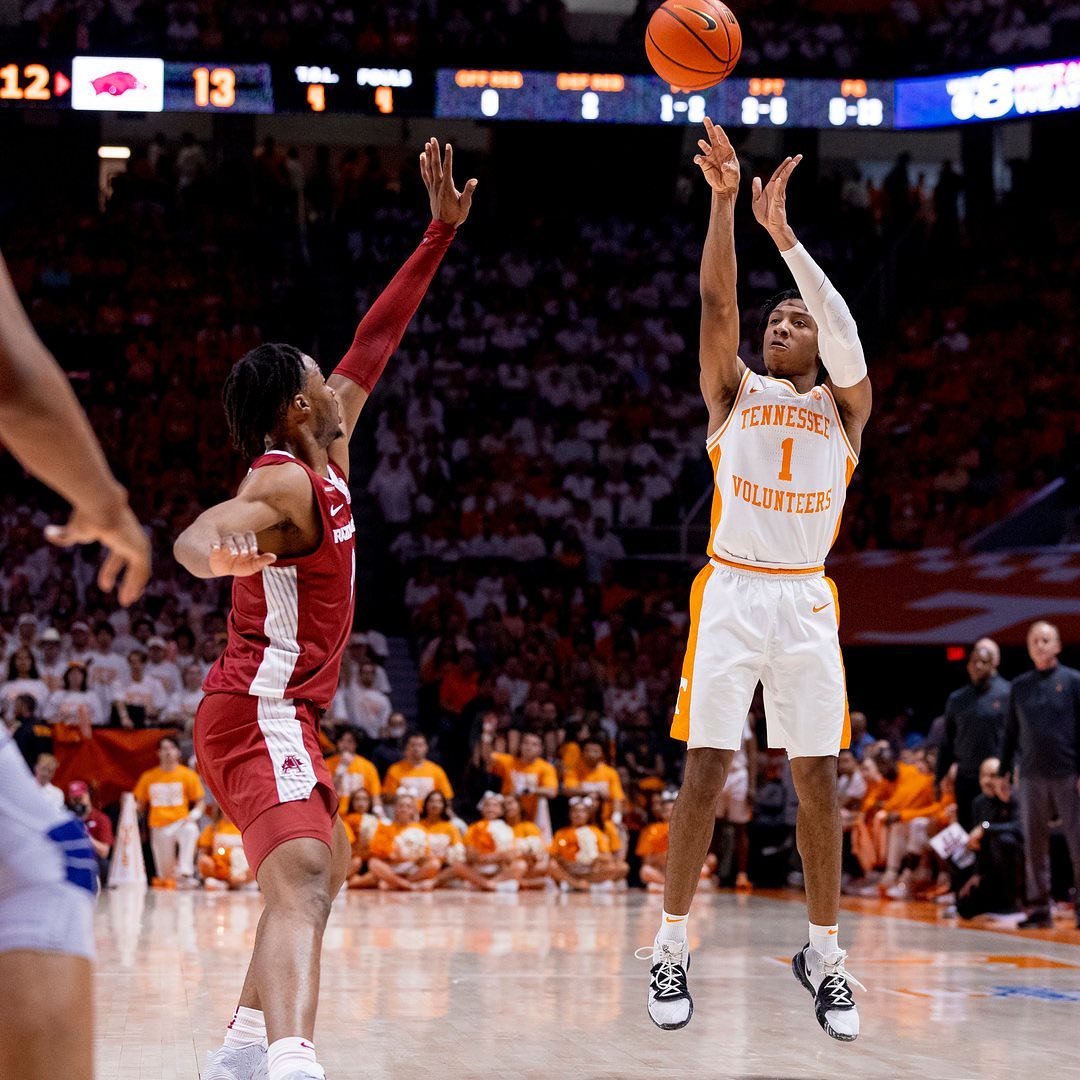 A Guide To The University of Tennessee Basketball Team

This season the Tennessee Volunteers ended their 2021-22 season on a 4-week winning streak. They finished in third in the Southeastern Conference and will be heading to March Madness this year.

The Volunteers finished 4th in the league last season but were knocked out of the first round of March Madness. This year they are one of six teams from their league to have made it to the competition. They are the third seed in the South group.

Today, we are going to take a closer look at this team and at their chances of winning March Madness this year.

Who Are The Tennessee Volunteers?

The Tennessee Volunteers are the collegiate basketball team for the University of Tennessee. They compete in the NCAA Division 1, in the Southeastern Conference (SEC).

The Tennessee Volunteers is the name for all the sports teams that play for the University of Tennessee (including the football teams, the hockey teams, and even the volleyball teams).

The team plays at the Thompson–Boling Arena, on a court nicknamed “the Summitt”. Which they share with the University of Tennessee’s Volleyball teams. Since 2015, they have been coached by Rick Barnes, who has previously coached the Longhorns and the Tigers.

The basketball team was first formed in 1967 when Ray Mears moved to the university. Since they were founded, they have won their conference championships (season) 11 times they won the conference championships (tournament) 8 times. They have made it to March Madness 22 times – Elite Eight (once), Sweet Sixteen (8 times – most recently in 2019), Round of 32 (18 times), Round of 62 (22 times – last season). They have failed to get into the tournament 24 times.

They have played in the National Invitational Tournament 13 times – the last time they in it was 2013, and they made it through the Opening Round but were knocked out by Mercer in the First Round.

At the start of the 2020-21 season, the Volunteers were coming off their most successful Mach Madness in 12 years. They made it to the Elite Eight nearly a decade before and returned to the Sweet Sixteen in 2019.

The Volunteers play in the Southeastern Conference (SEC). In the 2019-2020 season, they had come 7th, however, in the following season, they came 4th. Despite only winning one more game than the year before.

Unlike the NBA and the 2019-2020 NCAAB tournament, the NCAAB 2020-2021 league was not particularly disrupted by the Coronavirus pandemic and all the games were played that season.

They ended the season on a 10-7 win-loss ratio, compared to a 9-9 ratio the year previously.

They entered March Madness (also known as the NCAA Tournament) as 10th Seeds in the South group. Unfortunately, they did not last for very long in this tournament. They were knocked out by Mercer in the Round of 64.

This was their least successful year since they didn’t qualify in 2018.

For the second year in a row, the Tennessee Volunteers improved on their conference standings and end the season 3rd in the SEC.

They had a 12-7 win-loss ratio for the season. They only lost to Arkansas, Texas (the form team of their manager), Kentucky, LSU, Alabama, Texas Tech, and Villanova.

However, this was the team’s best performance since 2018 when they won the Southeastern Conference. That year it had been over 10 years since they won the SEC.

The Volunteers only lost one of their last 10 games and really impressed the press as well as many other coaches. They ended the season on a 4-game winning streak.

In their first 2 games, they put 90+ points past their opponents. They also put 90 points past Texas A&M.

The winning streak that the Volunteers ended the season has made them a team to watch in March Madness for many. You can find the best March Madness betting odds here.

This has been a very strange year for college basketball – but (touch wood) it looks like March Madness is going to maintain its normal format. 64 teams playing each other in a 6 round knock-out tournament to crown the championship of the NCAA Tournament.

The Volunteer’s best March Madness tournament was in 2010 when they made it to the Elite Eight for the first time in their history.

This year’s team has the potential to go one better if they have a lucky draw. They definitely have enough talent and depth to cause some major upsets.

The Tennessee Volunteers have had a great 2021-22 season and came third in their league. They have been named the third seed of the South Group in March Madness this year. Can they do better than last year – where they were knocked out in the first round of the competition?

A Display College Athletics Did Not Need To See
Big Ten Signs a Massive Television Deal for over $7.0 Billion