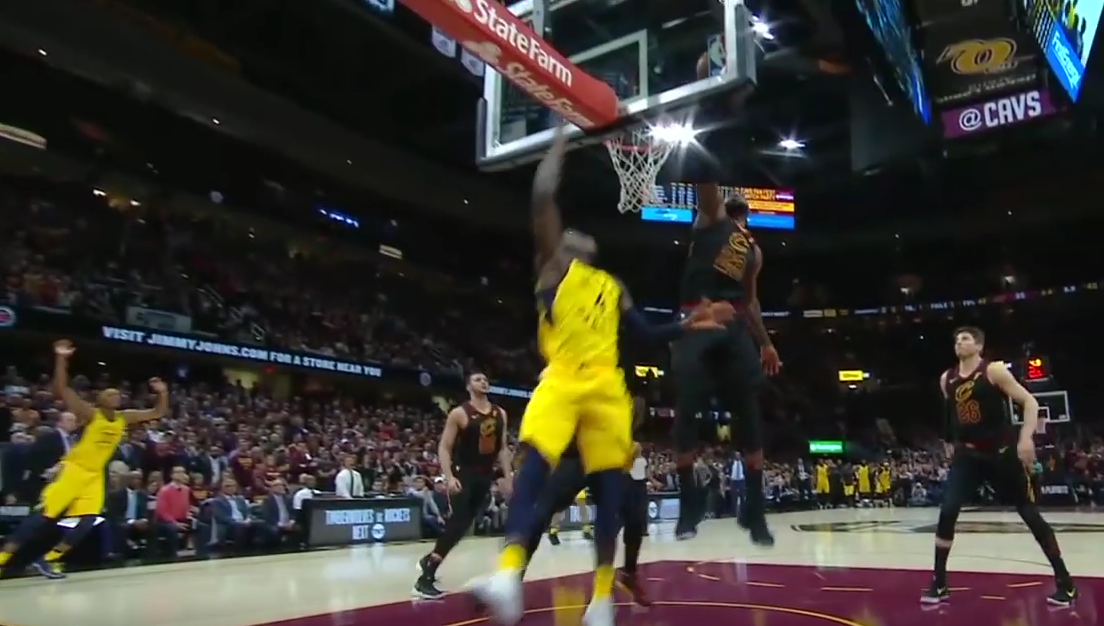 CLEVELAND– LeBron James should have been called for goaltending on his key Game 5 block on Victor Oladipo, the NBA’s last two-minute report stated.

The play in question set up James’ buzzer-beating 3-pointer that gave the Cavaliers the 98-95 Game 5 win and the 3-2 series lead. With five seconds remaining, Oladipo drove into the lane and what appeared to be an easy layup was blocked by James off the backboard.

According to the report, the play was labeled as an incorrect non-call, as the left camera above the rim showed that James blocked the shot after it made contact with the backboard.

On Wednesday night, Oladipo said he thought the play should have been goaltending.

“I got a step on him. Felt like I even got grabbed on the way to the rim,” said Oladipo. “I tried to shoot a layup, it hit the backboard, then he blocked it. … It was a goaltend. It’s hard to even speak on it. It just sucks, honestly. It really sucks. We fought our way back, we tied the game up, that layup is huge.”

Of course, things aren’t that simple. The report also showed that on the Cavs’ possession prior to the block, there was another incorrect call as the Pacers gained possession after James lost the ball out of bounds under Cleveland’s basket. A review showed, however, that Indiana’s Thad Young actually deflected the ball out of bounds, meaning Indiana should have never even gotten that possession.

The full report can be found here.