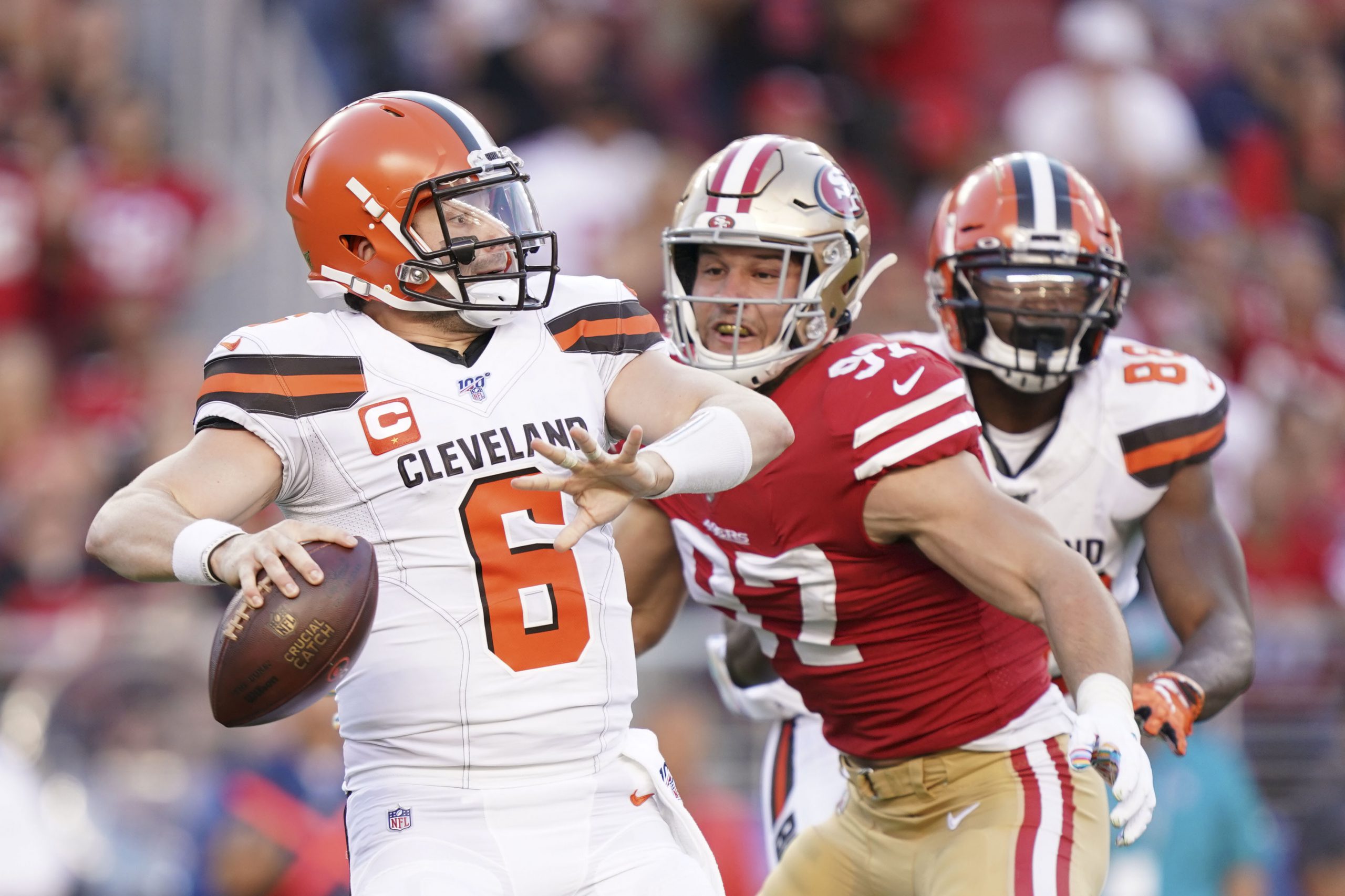 It’s no secret that players will use anything as a source of motivation. For Richard Sherman, he claimed that a pregame handshake snub by Baker Mayfield helped fuel him and his 49ers to a 31-3 win over the Browns on Monday. Only problem is, he may have made it all up.

So Richard Sherman claims Baker Mayfield refused to shake his hand at the coin toss. This video seems to indicate otherwise: pic.twitter.com/4CgOsLKLPL

After further review, Mayfield clearly daps up Sherman, as the outspoken cornerback makes his way through the Browns line of captains. It may not have been the most enthusiastic handshake but not quite the display of disrespect that Sherman played it up to be.

That certainly doesn’t warrant the fiery response it triggered from Sherman, who claimed Mayfield was disrespecting the game with such a bush league stunt.

Another video did capture Mayfield abruptly leaving midfield immediately after the coin toss had been sorted out without a second exchange of pleasantries with the 49ers captains.

This is a clear video of what happened after the coin toss in the #49ers–#Browns game. pic.twitter.com/sBg7ebccDe

Perhaps that’s the incident Sherman was referring to, which would actually make more sense to his claim that the incident fueled the entire team. The notion that Mayfield didn’t shake Sherman’s hand however is flat out false, as the first video shows. At any rate, handshake gate has reached its climax as Browns fans wait for Mayfield to respond to Sherman’s accusations.