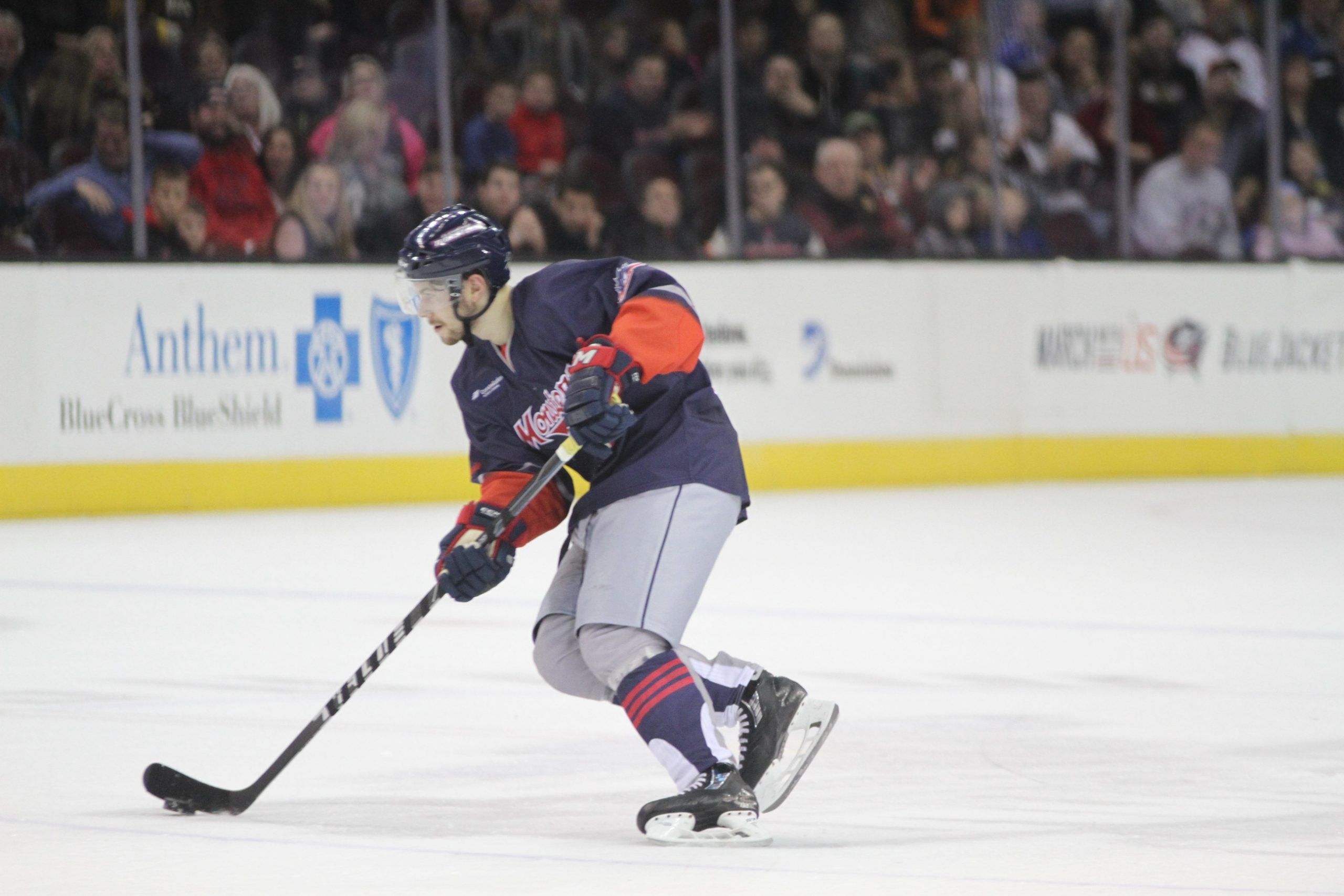 CLEVELAND, Ohio- The Cleveland Monsters took the ice Saturday to take on the Chicago Wolves once again. Cleveland looked to avenge their third period from Thursday in which they gave up two goals in a 4-2 loss. The Monsters would win this game in a shootout by a final score of 3-2.

The Monsters would fall into an early hole, as Chicago would net two goals in the first. Mike Ellis would score at the 4:08 mark and Andrew Agozzino would follow that up with a power play goal at the 14:21 mark. Cleveland did have a good amount of chances in the frame, however. Oliver Bjorkstrand was all alone on a breakaway at one point and would not be able to capitalize. Cleveland would have to finish opportunities to get back in this game.

The Monsters would match Chicago’s first period flurry with two markers of their own. The first one came at a great time, as a Wolves player fell by the end board while trying to advance the puck. Oliver Bjorkstrand was in the right place at the right time and delivered a spot-on pass to Justin Scott in the slot. Scott would make Chicago pay, as he lit up the light at the 2:14 mark, cutting the deficit in half. Captain Ryan Craig would reacquaint himself with the Wolves with a power play goal of his own at the 18:16 mark. The goal came off of a Scott shot attempt that Craig deflected at the last moment. The two teams were even at two heading into the third period.

After a scoreless third period and overtime, the two teams would head into a shootout.

On Cleveland Indians Tribute Night, the Monsters would pay homage to their neighbors by winning a nine-round shootout. Oliver Bjorkstrand would capitalize on the one-on-one situation for the go-ahead score and Korpisalo would shut Chicago down in the bottom half of the ninth to clinch the victory.

Cleveland moves to 20-17-1-3 on the year and will play again February 3rd against the Iowa Wild.