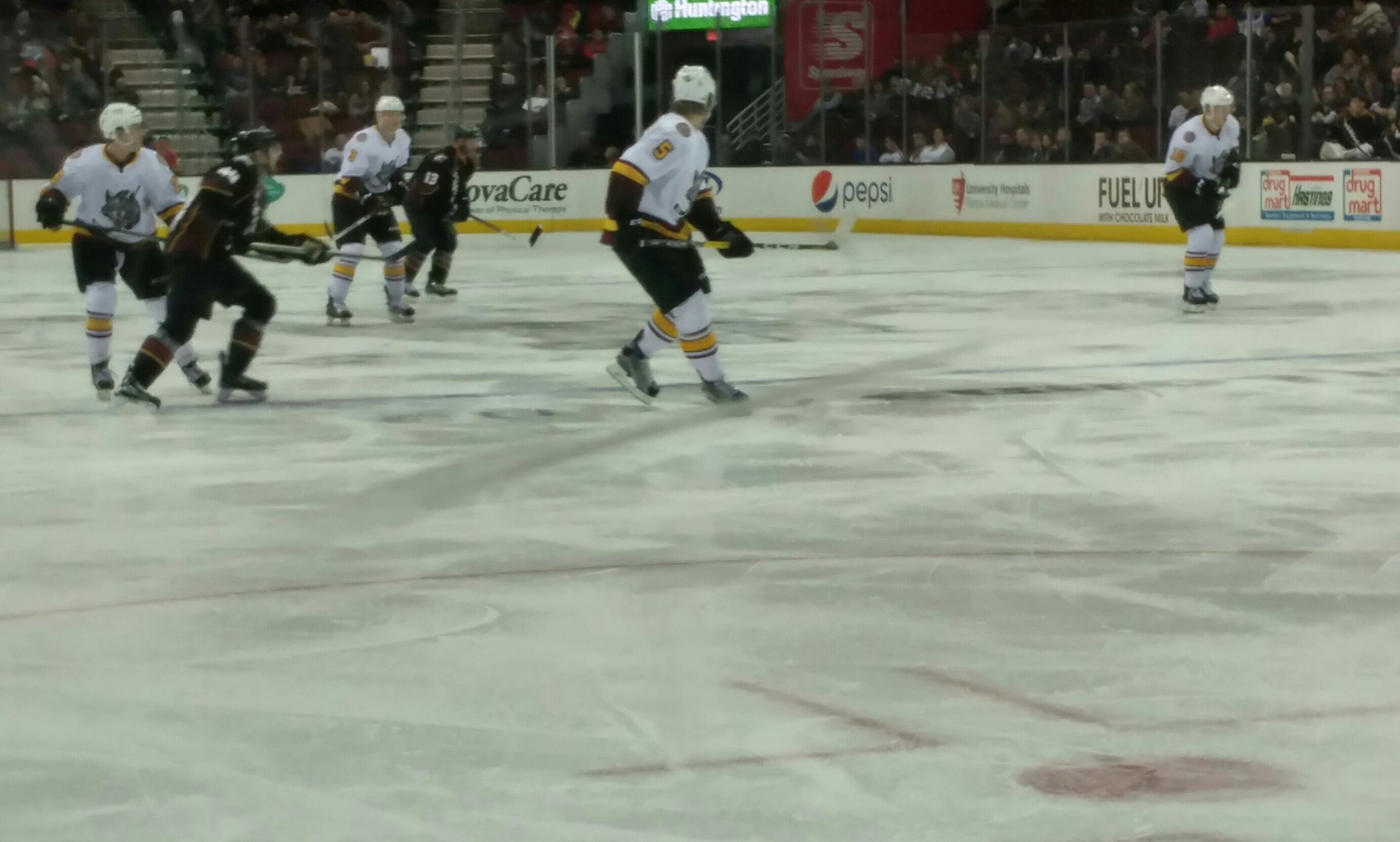 CLEVELAND, Ohio- The Cleveland Monsters returned to downtown Cleveland to take on the Chicago Wolves in Central Division play. The Monsters sat in fourth place at 19-16-1-3 , as the Wolves were in third with a record of 24-15-3-2.

The first period was a fast-paced period. Early on, the Monsters were in full control of the pace and were moving fluently in the Wolves’ defensive zone. Cleveland would make Chicago pay with a goal that was shot off the stick of Oliver Bjorkstrand and guided in by Jaime Sifers just 1:25 into the game. Chicago would essentially flip the tables on the Monsters in the second half of the first frame, as Samuel Blais worked the slot to his favor and scored on Anton Forsberg at the 15:44 mark to make it a 1-1 game. That score would stand heading into the second period.

The second period was a scrappy battle by both teams, as Cleveland and Chicago were both able to score. Chicago would get the lead with a Brett Sterling goal 4:44 into the frame, but Cleveland would respond right back just a few minutes later at the 6:34 mark thanks to T.J. Tynan. The two teams would head into the intermission tied at two.