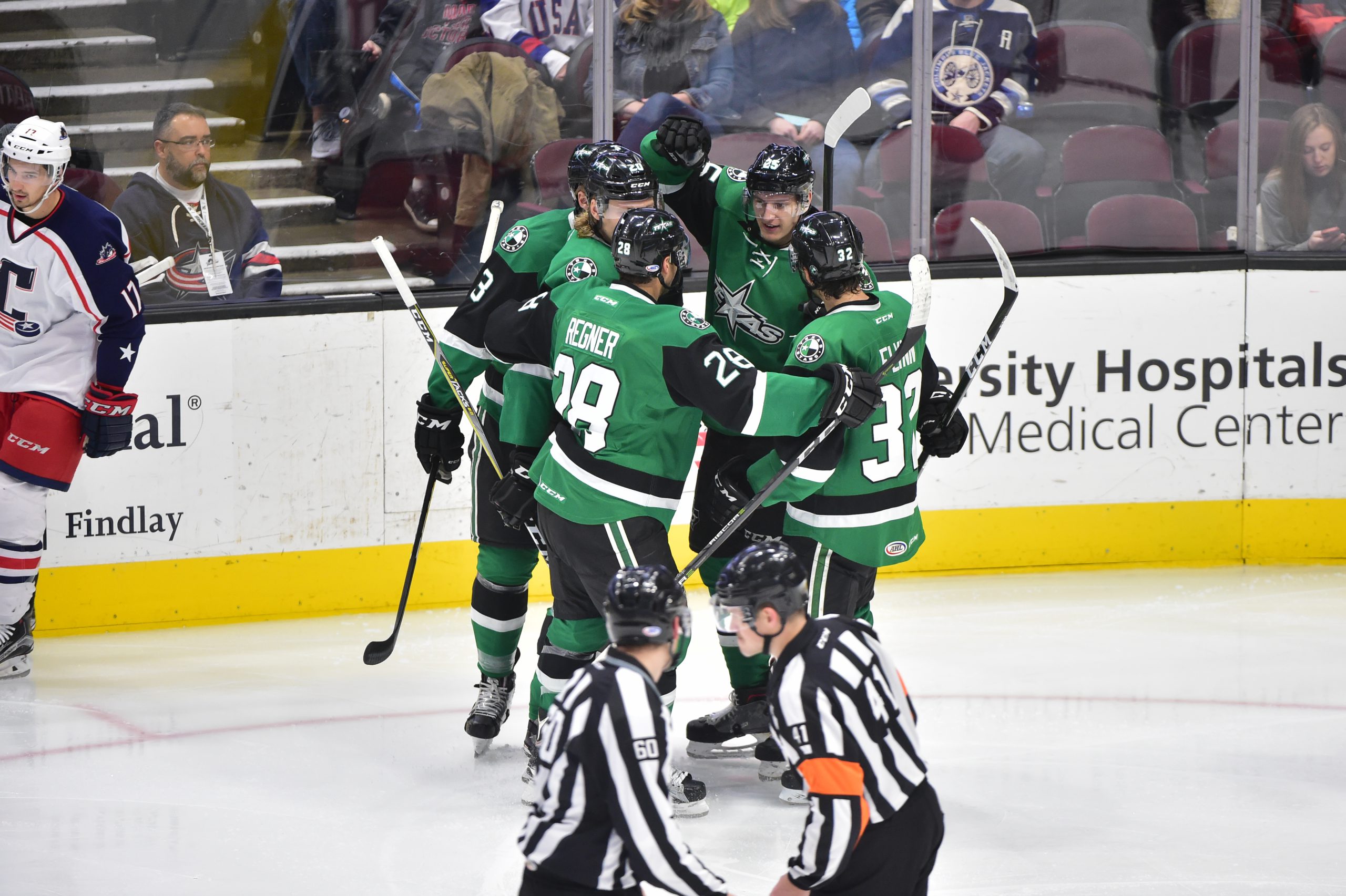 CLEVELAND, Ohio- The Cleveland Monsters returned home after a brief trip to Milwaukee for a two-game series against the Texas Stars. The Monsters looked to make it five straight wins at home, meeting up with the Stars for the first time this season.

After a first period that was rather uneventful, Texas got it going. The Stars woke up from a dragging opening frame and potted two quick markers within the middle stanza’s opening minutes.

Texas’ first score came at the 1:13 mark of the frame.  Brent Regner took a shot just outside the faceoff circle and had his shot deflected. Off the deflected shot, Roope Hintz redirects the puck to find the back of the net. However, the credit for the goal went to Denis Gurianov, who just got a piece of the puck after the first deflection from Hintz. The marker was Gurianov’s first goal of the campaign.

Through the five-hole went Roope Hintz’ shot on Cleveland goaltender Matiss Kivlenieks, as this time there was no doubt about who would receive credit for the 4:58 marker. Hintz earned his fifth goal of the season at the 4:57 mark of the second period.

Texas expanded their lead to three just fifty-four seconds into the final frame of play. Justin Dowling beat Kivlenieks to his left in a scrum at the goalie crease and was off to celebrate his goal after catching the Monsters’ netminder unaware and out of position. Though Cleveland would get on the board with a Miles Koules power-play goal at the 5:46 mark, their efforts would fall short of the ultimate goal of tying the contest up. The Stars sealed the deal with a Sheldon Dries’ empty-netter at the 19:03 mark. The Monsters would fall to Texas by a final score of 4-1.

Head Coach John Madden was pretty clear with how he felt the game played out for his squad.

“I’ll just make this very simple for everybody here. We were terrible, every single one of us. No compete, no urgency, no will to pay a price, no thought process to our game whatsoever.”

The Monsters play Texas for the second night in a row, with puck drop occurring at 7pm.